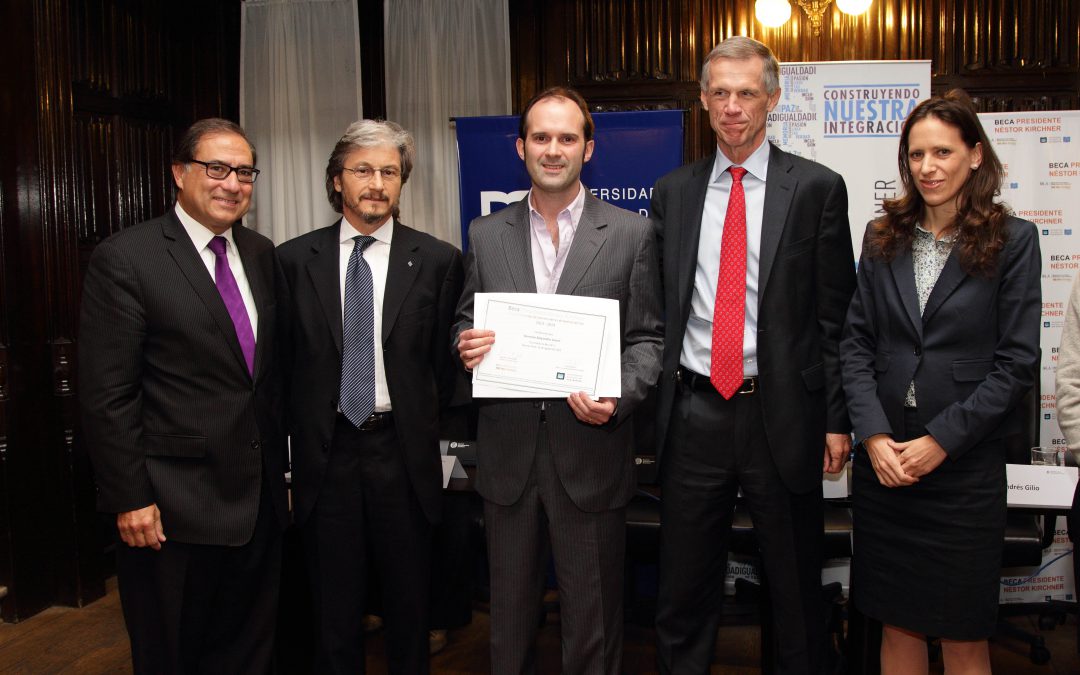 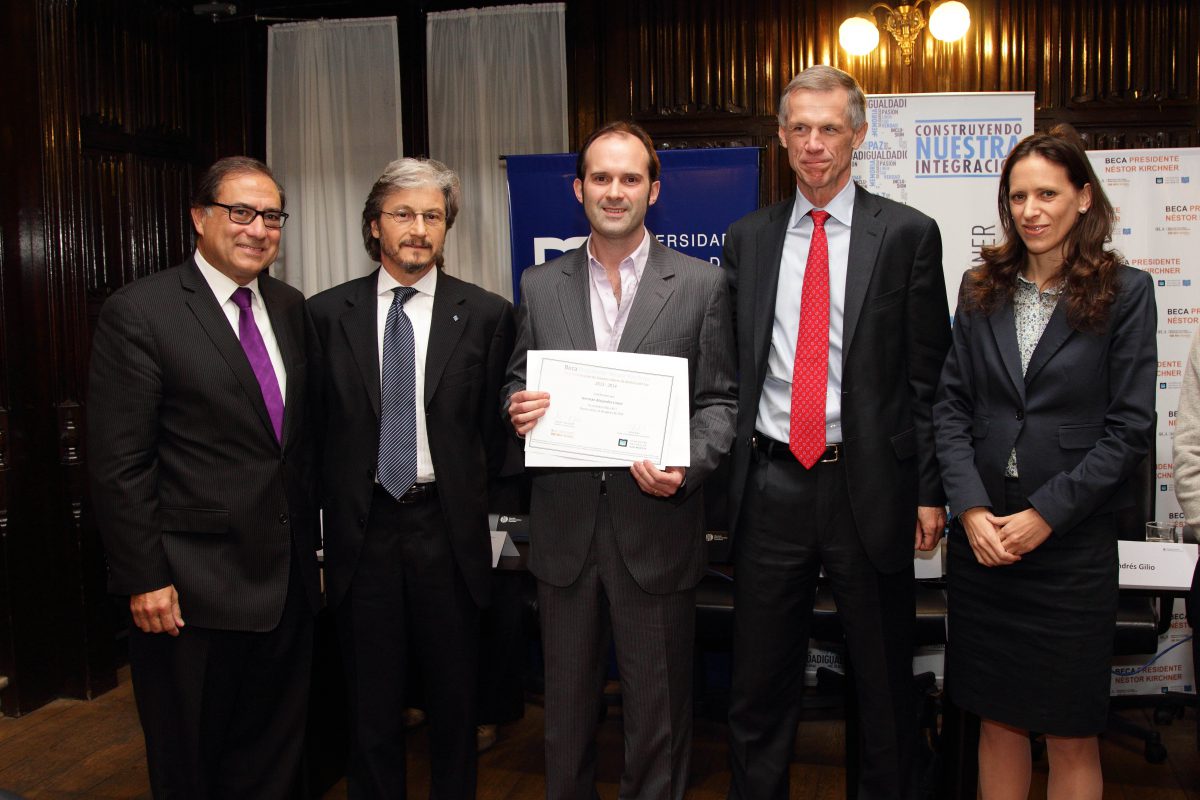 The selected Fellows and Honorable Mentions for the call 2013-2014 were announced on August 15th at a public meeting held at Casa Patria Grande “President Nestor Carlos Kirchner”. PNK Fellowship covers a two-week stay working at the New School University in New York. The fourth call of the fellowship (2014-2015) was launched at the event, applications will be accepted between March 1 and May 31, 2014.

Universidad Nacional de San Martí­n (UNSAM) and the Observatory on Latin America (OLA) from The New School University in New York are proud to announce the winners of the third edition of the President Nestor Kirchner Fellowship. Three Fellows and six honorable mentions were selected among 100 candidates coming from 10 South American countries.

The three winners are:

Germán Alejandro Linzer (Argentina). BA in Economics, Masters in Science, Technology and Innovation Management. He works as an intellectual property manager at the Instituto Nacional de Tecnología Agropecuaria (INTA). Essay: “Notes on the conception of technology development for Argentina and Latin America.” (Technology and patents in the region)

Fernando Kleiman (Brazil). BA in Economics and Masters in Sociology, specialist in Public Policy and Government Management. He serves as an Advisor to the Minister of Social Development and Action Against Hunger of Brazil. Essay: “Productive Inclusion: Decent work as a right and not an an obligation.” (Solidarity Economy and labor)

The selection of the Fellows and honorable mentions is the result of a rigorous evaluation process carried out in three stages. This eight-week process ensured that all the applications were evaluated by an extense and diverse jury composed by 40 well known academic and public figures from the United States and 10 Latin American countries.

The Jury emphasized the academic excellence, commitment to public service and relevance of the issues raised by candidates. It also highlighted the broad spectrum of professional fields of the candidates and the originality of their approach on issues such as tecnology and patents in the region, human rights and globalization, anti-discrimination policies and democracy, art and education, media and regulation, urban development, solidarity economy and labor, armed conflict victims reparation and compensation, and regional integration.

This third call was open from March to May 2013, and was widely disseminated throughout South America. The Fellowship is inspired by the legacy and achievements of former President Néstor Kirchner during his term as President of Argentina (2003-2007), coupled with his important work as the first Secretary General of UNASUR (2010). It is aimed at the training of young leaders in Argentina and South America, working in the public service and academic fields. The Fellowship consists of an exchange of ideas and experiences between the Fellow and academics, politicians, and civil society members in the city of New York. It covers a two-week stay, during predetermined dates, and will take place at The New School University, where the Fellow will present his/her work and experience to students, academics, and political and civil society leaders.

The diversity and quality of the applicants for the President Néstor Kirchner Fellowship presented a real challenge for the prestigious jury, who worked with commitment and excellence to select this year’s Fellowship winners. It is the aim of the organizing institutions to honor the memory of Néstor Kirchner through developing the future potential of Latin America’s next generation of leaders.

Pamela Verónica Morales – Argentina
Essay: “Refugees in the globalization: Between international protection and national government. An outlook of Argentina as asylum country”. (Human Rights and Globalization)