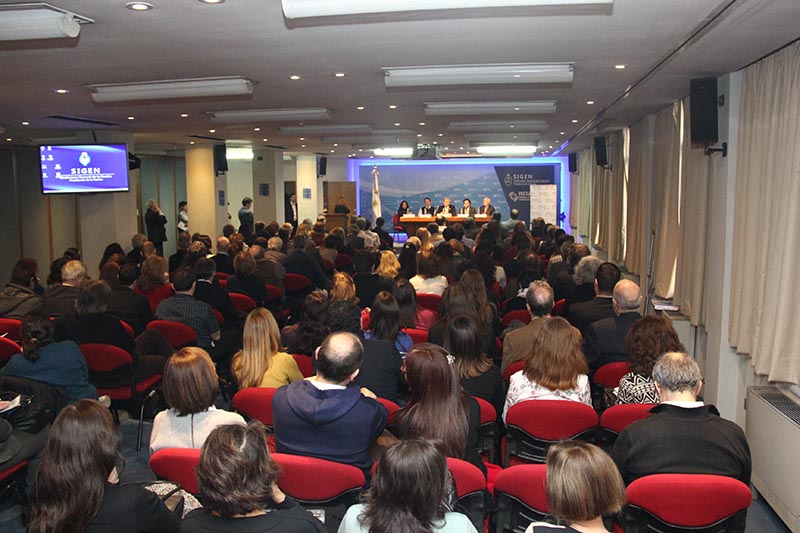 On Friday June 12th, the Training Day “Open Government and Innovation of Public Management: the experience in Latin America” conference was held at the Auditorium of the Comptroller General’s Office of Argentina (Av Corrientes 381 – CABA.).

It consisted of a lecture by renowned Chilean Doctor in Government and Public Administration Álvaro Ramírez Alujas, organized jointly by the Universidad Nacional de San Martín and The New School University, as part of the President Néstor Kirchner Fellowship activities. 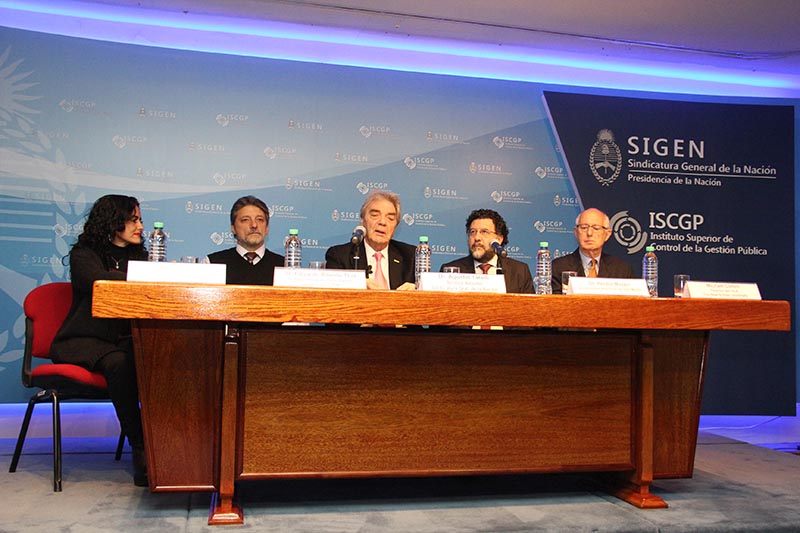 In his welcoming remarks, Tarelli thanked for “the development of an activity of this importance in the Comptroller General’s Office.” 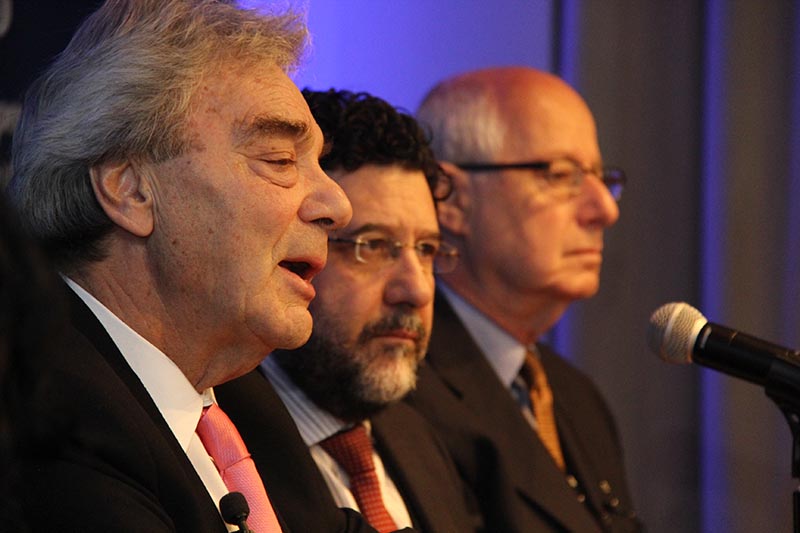 In turn, Cohen said that “the issue of open government is a very hot topic in the United States and we are very proud to work in partnership with UNSAM and SIGEN in training on this issue.”

Meanwhile, Mazzei stated that “in all these years of government, not only in our country but throughout Latin America, new policies which opened our borders and horizons have developed, so it seemed really important, to pose academic reflection in terms of studying how to face the future of a new progressive agenda. ”

Varela, added that “it is important for us to meet in order to address the issue of open government, whose corporate interest has great links with the use of technology, always aiming to gather new knowledge, and exchange experiences and actions among colleagues.” 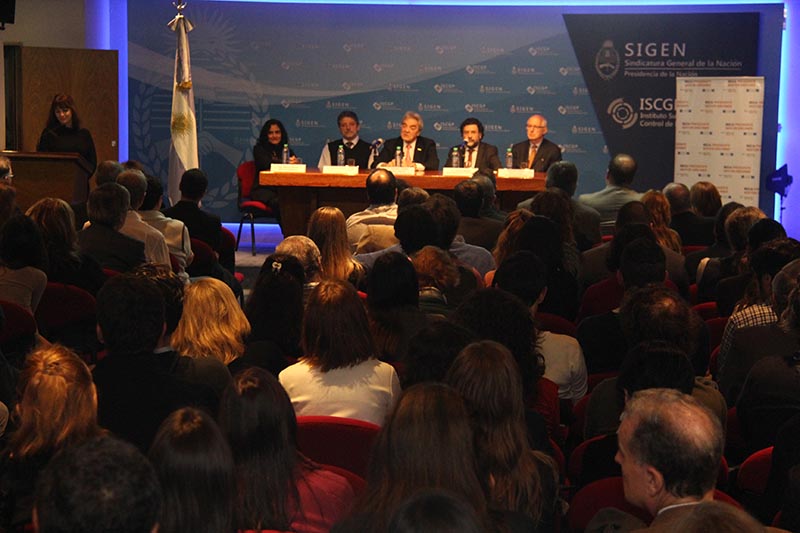 Finally, Thill said that “from the Cabinet there is a Coordination of Open Government whose mission is to articulate these issues within the public administration and facilitate federal participation of civil society. Given that the government has taken policies of inclusion and equal opportunities in access to new technologies, most participation platforms are based on such tools. Our main challenge is empowerment, in terms of achieving an active and dynamic participation and identifying the demands of the majority and not to stay with the interpretations of only a few sectors of society “.

After the opening, over exposure, Ramirez Alujas expressed that “the traditional way of governing and managing the public sector that we had in the twentieth century on how to interact collaboratively with civil society is totally irrelevant and obsolete today. There seems to be a divorce between social demands and what the politicians listen, process and implement. Today we have all the means to make life easier for citizens and also easier for us within institutions. The challenge is how to move from a public administration focused on itself, in terms of administrative procedures and compliance, to a planned and citizen-centered public administration.” 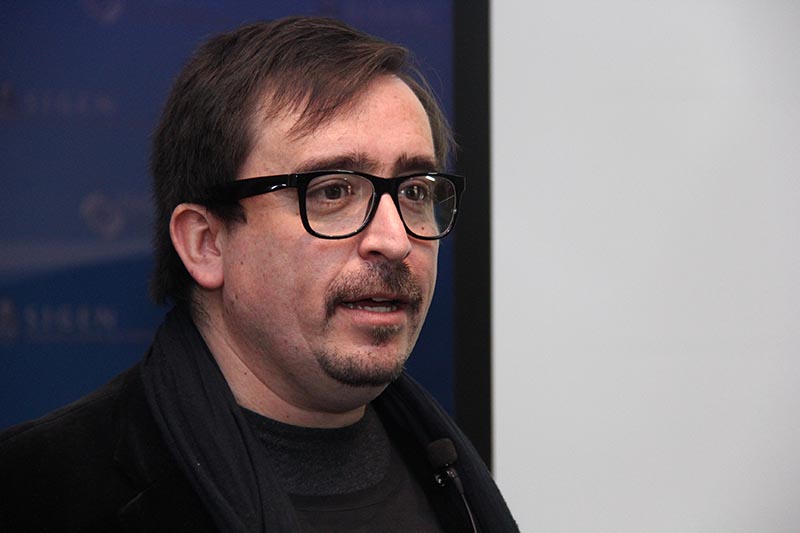 He noted that “Open Government has three fundamental principles: transparency (understood as access to public information), participation and collaboration. When we talk about citizen participation, it is not just about using social networks and new technologies, but to create a network and a platform for all stakeholders to work together. On the other hand, we should not mix up the notion of Open Government concept with the one of e-government, which we understand as a set of devices for making Open Government possible. Technological tools are merely ways to channel social demands, they are not the goal in itself. Also, when we talk about equity we must consider a duality of channels and work on the digital channel as well as through physical presence. ”

“Open Government is about values, rights and services. This is a concept to recover the sense of politics but also to make more efficient and higher quality delivery of public services. Its implementation involves a change in culture, reducing bureaucratic opacity and interacting collaboratively with social movements. It has to do with changes in everyday practices, with changes in the infrastructure of governance, through putting the focus on citizens’ needs, ” said Ramírez Alujas. 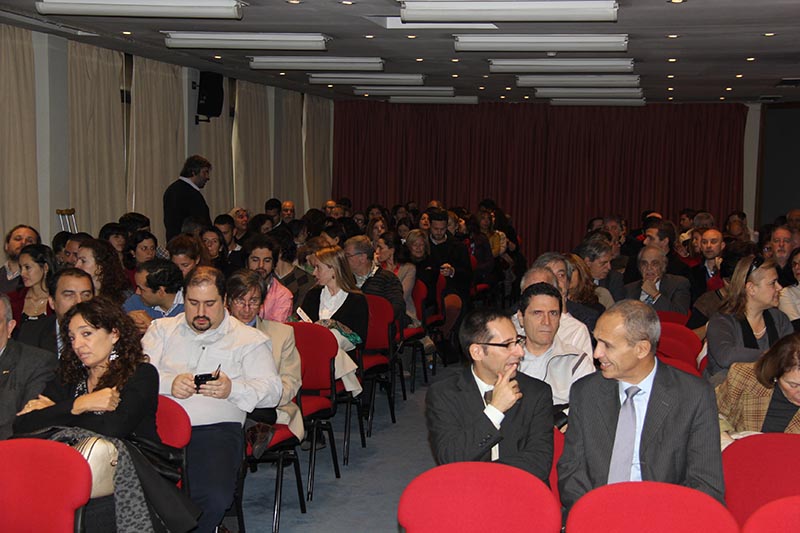 He also explained that “access to public information is a right, and in order to generate participation among citizens on equal terms, it is first necessary to make information open. Participation should come from different channels, such as digital platforms, public consultation processes, co-creation and co-design of public policies with citizens. Collaboration can be achieved if it comes from within the same public administration and institutions. ” 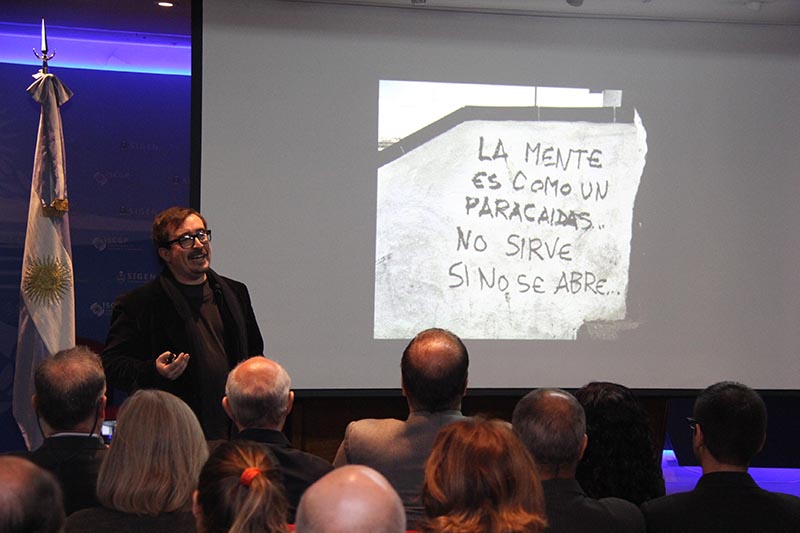 Finally, the researcher highlighted the fact that “in the case of Latin America, instead of talking about Open Government, which refers to the executive body, we should move towards the concept of Open State and incorporate these new processes to legislative and judicial powers and participation open to the public. In turn, we need a fundamental change, because many public administration officials have lost the desire and need to regain passion for public service and pleasure in the exercise of their work. In that sense, Open Government is a portal to this alternative for it proposes to recover the meeting space with the other, the complicity with the other, from within the public sector and outwards.”.