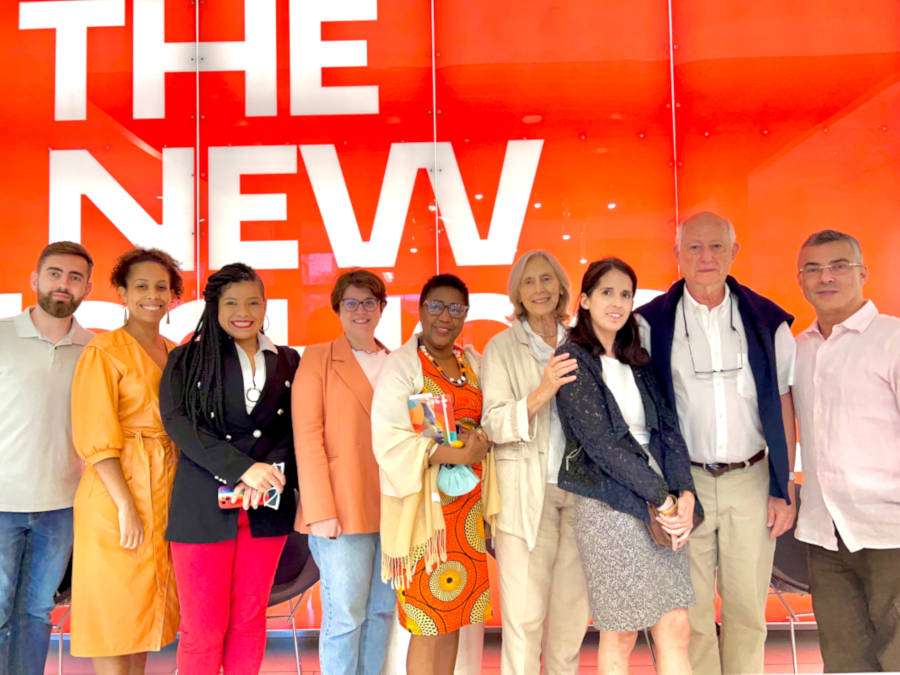 On October 2, 2022, Brazil will vote for a new president after four years under President Jair Bolsonaro who has repeatedly announced that he will not accept the result of the elections under the current voting system. Mass protests are planned on September 7, Brazil’s Independence day, against the Brazilian Electoral Court, which could unleash violence like that seen in the US Capitol on January 6, 2021.

On Monday, August 1, the Observatory on Latin America received members of a Brazilian delegation visiting the United States to raise awareness about the situation in Brazil. The delegation represents a coalition of over 200 organizations defending the diverse interests of indigenous, black populations, and other vulnerable groups; it has become a space of resistance despite all having different agendas. They arrived in the United States on July 24, first stopping in Washington DC to meet with different members of Congress and came to New York to continue their lobbying efforts at the United Nations. The main goal of the visit is to increase visibility on Brazil’s political reality and push international leaders to speak up against what could be an imminent violent attack on the Brazilian electoral system.

As part of this effort the delegation visited the OLA to open a dialogue between the coalition of NGOs involved and The New School. Participants of the meeting on the Brazilian side were Maria Sylvia de Oliveira, the coordinator of the Gender Equity Promotion Policy and Race program at Geledés,Institute of Black Women. Flávia Pellegrino, the executive coordinator of Pacto pela Democracia, a coalition formed by a plural group of organizations, movements and activists. Sheila de Carvalho, a lawyer and human rights defender, and director at the Peregum Black Reference Institute. She is also a fellow of the United Nations Afro-descendant Program, having been elected by the UN one of the most influential Black people in the world in 2020 (MIPAD Award 2020). Marcus Vinicius Ribeiro is a human rights and environment advocate working with nonprofits and international organizations. Sami Manes Adissi Sternberg and Ana Paula Barreto, a New School Alumni, were also attending from the Washington Brazil Office, an independent institution which specializes in thinking about Brazil and supporting actions that strengthen the role of civil society and institutions dedicated to the promotion and defense of democracy, human rights, freedoms and sustainable socioeconomic and environmental development of the country. On the OLA side, Margarita Gutman and Michael Cohen, Co-Directors of OLA, and Caroline Risacher, OLA Program Associate, were attending.

The conversation between the delegation and OLA brought up larger questions about (in)justice in the Latin American region and the general threat in the world against democratic institutions, as we’ve recently witnessed in the United States, Hungary, Poland, and now Brazil. Questions such as how can we build a more just society were brought up. How does Brazil, whose institutions have been destroyed during the Bolsonaro presidency, rebuild its civil society and restore democratic conditions? How do you create social capital? And how will this large coalition, all representing different interests, who have been working together facing a common threat, will be able to stay united in the long term?

The delegation is very aware of the challenges ahead but the priority is to rebuild and restore conditions that will allow to create a more inclusive society in order to stop environmental racism, systemic and permanent racial discrimination. This will involve creating new platforms of communications, ensuring that a continuing dialogue between civil society actors and institutions is taking place and that vulnerable groups are heard and seen. OLA is committed to continue the dialogue with the Brazilian activists to think together on how to create, improve and implement urban justice in Latin America.