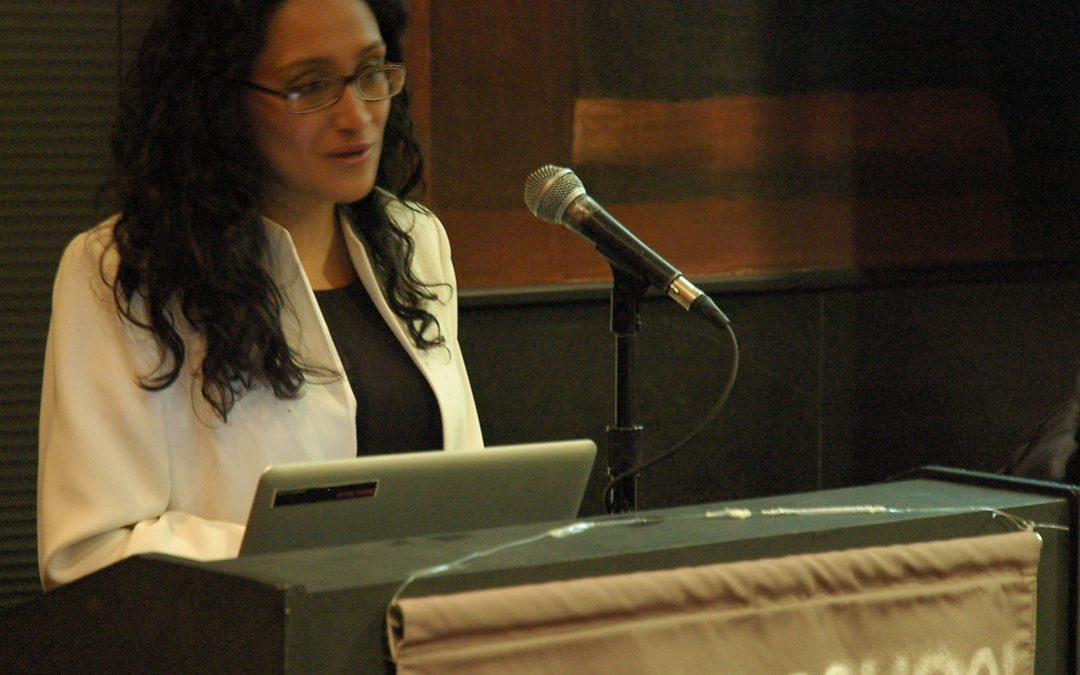 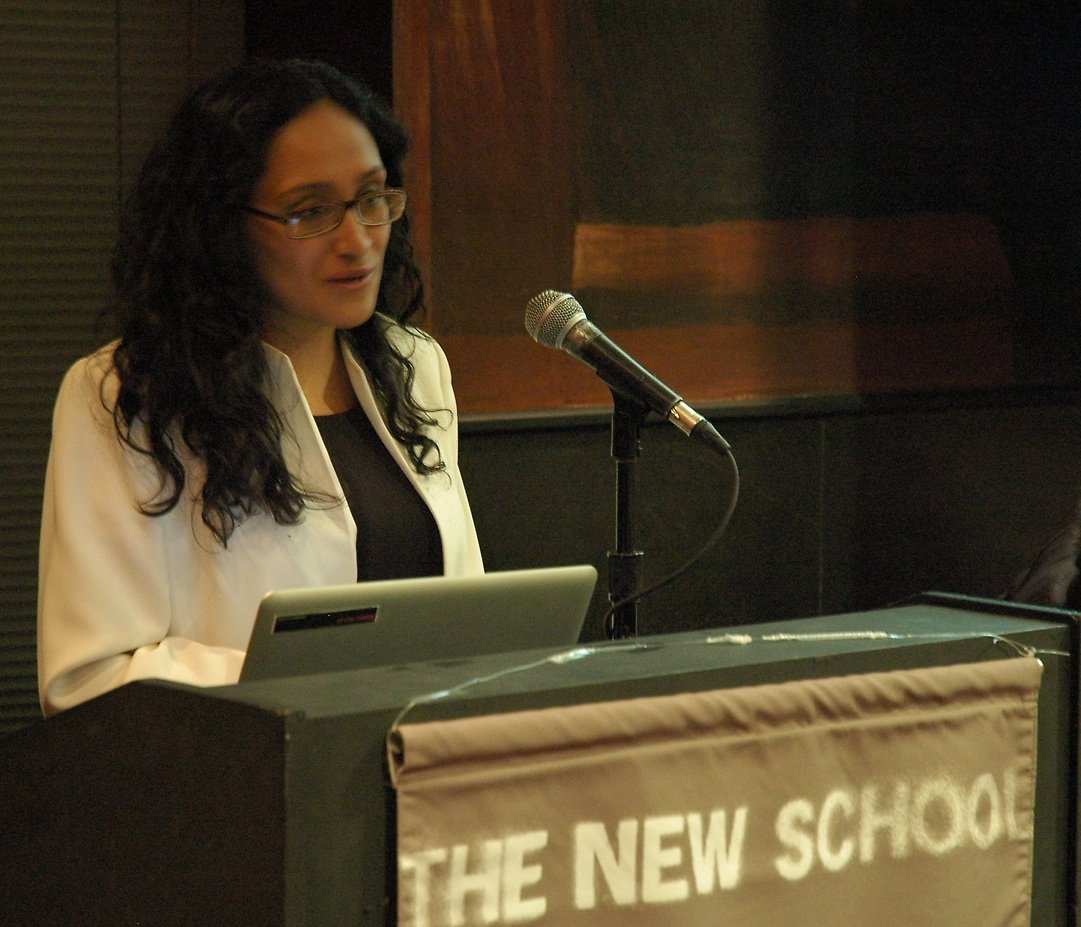 Previously, she worked in the Office of the United Nations Programme for Development in Quito as a Development Capacity and Assistance Effectiveness consultant, and as Analyst for the Monitoring and Evaluation Program. She is co-author of the book, The Application of PNUD/ART Methodology Governance and Local Development in Latin America.

Erika Paredes Sánchez dedicated her two weeks at The New School to deepening her research on The Union of South American Nations (UNASUR) at the onset of a socio-regional integration, an organization of which Néstor Kirchner was the first Secretary General.

On Wednesday, February 29, Erika presented her research during her first official seminar for professors and students from The New School. Erika’s feedback included suggestions to improve on an applicable theoretical model for the integration of countries within the unique South American context. This was followed by an engaging debate on the complexities of regionalism, sovereignty, and integration. This seminar was attended by the President of The New School, David E. Van Zandt; members of the Observatory on Latin America Margarita Gutman, Michael Cohen and Amanda Goodgoll; Professors from The New School Graduate Program in International Affairs (GPIA) Alberto Minujín, Robert Buckley, Terra Lawson-Remer, David Gold, Barry Herman, Everita Silina, Chris London; Roxana Maurizio, Fellow of the Research Council of Argentina CONICET; Christian Proaño, Assistant Professor of Economics, New School for Social Research; and graduate students Daniella Battista, Emily Miller, and Ross Miranti.

The Second Seminar, held on March 6th, was attended by Alberto Minujín, Michael Cohen, Margarita Gutman, Bob Buckley, and Everita Silina. During this exchange, Erika presented her findings from interviews held during the preceding week. The attendees worked together with Erika to refine her hypothesis, regarding UNASUR and the process of integration in South America.

The Public Lecture by Mauricio Santoro Rocha and Erika Paredes Sánchez was held on Wednesday March 7th, in the Orozco Room at The New School.

After the welcome by Margarita Gutman, Director of the PNK Fellowship for OLA, the program was introduced by David Scobey, Executive Dean of The New School for Public Engagement. The Fellows were then introduced by Ambassador José Luis Pérez Gabilondo, Consul General of Argentina in New York.

Erika presented her work “The Union of South American Nations: At the onset of a socio-regional integration.” Her analysis focused on the characteristics of this unique regional block, and the challenges facing South American integration. Erika responded to questions regarding UNASUR’s role in defending natural resources; the tension surrounding the protection of human rights; the future of UNASUR in relation to unilateral tendencies of countries like Brazil; UNASUR’s stance on the war against drugs; and the technical mechanisms for integration within UNASUR.

+ What is it like to be a President Néstor Kirchner Fellow?, by Erika Paredes Sánchez