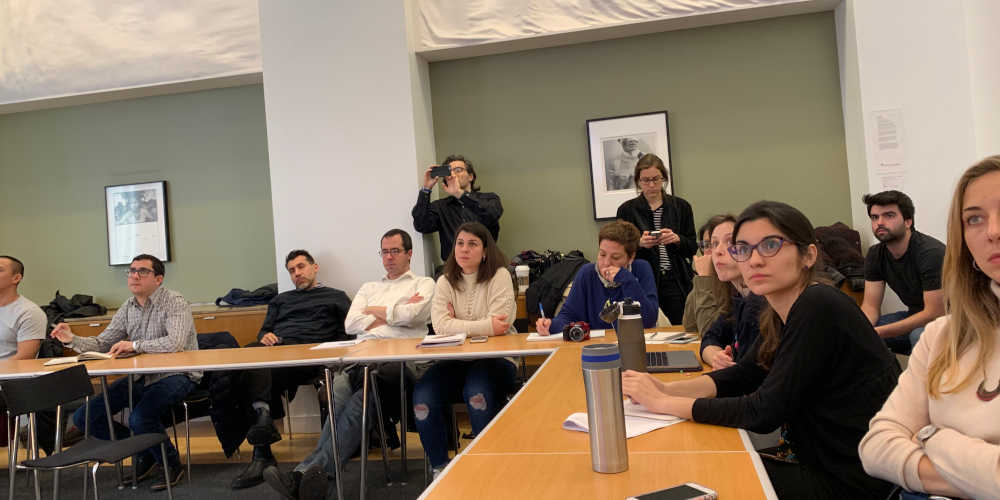 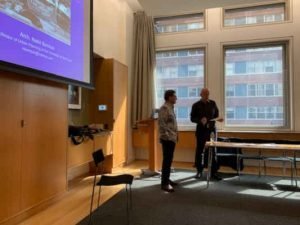 On April 18th, 2019, the Observatory on Latin America at The New School hosted Nabil Bonduki, Brazilian architect, urbanist, academic, and politician who spoke to an audience of students, faculty, and general public. Bonduki’s talk was introduced by Miodrag Mitrasinovic, Professor of Architecture and Urbanism, Parsons, The New School.

Professor Bonduki, Full Professor of Urban Planning at the University of São Paulo and Visiting Professor at the University of California, Berkeley. He has served in the São Paulo City Council (2001-2004 and 2013-2016). Bonduki played a key role in the drafting of the Strategic Master Plan of São Paulo in 2002 and 2014. He was Municipal Secretary of Culture of São Paulo and is a columnist, and author of 13 books including Origins of Social Housing in Brazil (1998), Urban Interventions in Historical Centers (2012), Pioneers of Social Housing (2014) and The Struggle for Urban Reform in Brazil (2018). In his work, he engages on a critical formulation of public urban policies, with emphasis on the environment, solidarity economy, cultural politics, popular participation, as well as cultural popular manifestations. 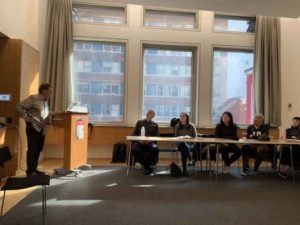 His talk offered an overview of the national housing policy, highlighting what he exposes in his trilogy The Origins of Social Housing in Brazil (1998) (which he generously donated to The New School’s library). Strong supporter of self-help housing alternatives, he has been a prominent advocator of participation not only in city plans but also in national policies, as well as within professional associations. The engaged audience posed interesting questions on the future of the Workers Party (PT) in the upcoming local elections, the occupation of empty buildings on Sao Paulo, the taxing empty properties, and more.