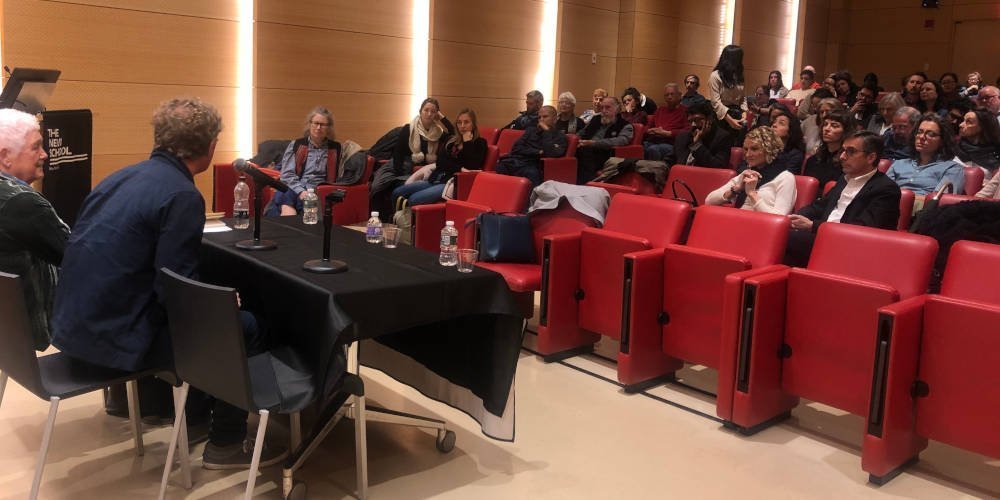 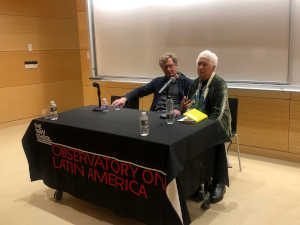 In 1978, the Moser family (Caroline, her then husband Brian, and two sons Titus -8- and Nathaniel -5-) went to live for a year in the Indio Guayas squatter settlement in Guayaquil, Ecuador. Like everyone else in the neighborhood, they built a wooden house on stilts, next to Emma Torres, a prominent community leader. The British family slept in a single room, got water daily from tanks, used candles at night, and cooked with kerosene. The kids walked the makeshift catwalks to get to school. The Moser family established close ties with the neighbors, especially Emma, who led the community’s struggles for development and government support. This was a profound experience that changed their lives. 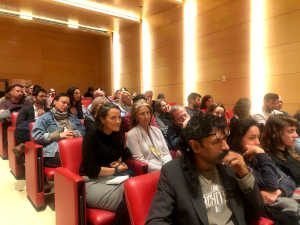 The film “Calle K” shares scenes from this early experience. It also documents not only how the neighborhood changed physically in these 40 years, but some of the life stories of the five families Moser followed in her longitudinal study, published in the 2009 book Ordinary Families, Extraordinary Lives: Assets and Poverty Reduction in Guayaquil 1978-2004. This is a sensitive story that adds layers of complexity to streamlined understandings of poverty and development -like those of Easterly or Sachs-, fiercely criticized by Moser. By letting people speak themselves directly to the camera and decide the sections of the recorded material that were to be included and excluded from the film, “Calle K” shows that physical improvements change the face of the hardships that poor communities deal with. Wood was replaced by bricks, canoes with cars, candles by electricity, and kerosene by natural gas. But this story gets beneath the physical. We hear differently about corruption, insecurity, and stigmatization. 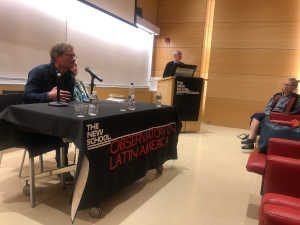 Community social capital was indeed crucial in the initial phases of the development of Indio Guayas but becomes less important as the physical conditions improve. Now the families encounter more invisible forms of poverty, injustice, and exclusion. At the end of her book, Moser imagines how would it be to repeat this experience of living in Indio Guayas today, and confesses she believes it would not be as easy. Of course, it is better to have electricity, running water, streets and sidewalks, and buildings in concrete rather than bamboo, but the community is less tightly knit, less engaged, and public space is less active. Ultimately, she explains the neighborhood is less likely than before of being able to solve security issues on their own. 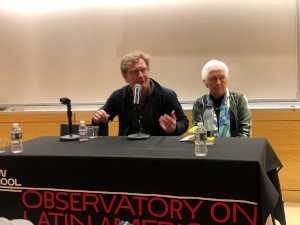 “Calle K” powerfully illustrates a way of understanding poverty through family stories rather than readily available or quantifiable data. It shares striking intimate insights revealing that academic research can be more successful in analyzing realities and conveying them to others when using complementary media like film. This realistic and powerful account prompts the viewer into rethinking the role of (or lack of a role of) urban public policies in the last 40 years, in particular with regards to issues of municipal finance, social housing, sanitation infrastructure of low lying areas, public educational frameworks, and community participation, among others. 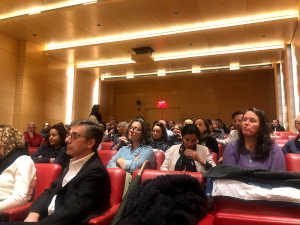 The audience of this New York screening at The New School offered many comments and questions to the filmmakers Titus Fossgard-Moser and Caroline Moser. The conversation centered on the gendered emphasis of the story, intergenerational paths towards labor formalization, the policy connections of this ethnographic work, and also about the current flooding realities on-site in face of climate change increasing threats.

Caroline Moser is an urban social anthropologist and social policy specialist with more than forty years of experience working on the interrelationship between theory and practice around three main urban development themes: gender, asset accumulation, and violence and conflict. Emeritus Professor at the University of Manchester, Moser was a Lead Social Development Specialist at the World Bank between 1990 and 2000, among other international advisory positions. Rather unique to her academic and advisory work is the use of film, done collaboratively with her son Titus Fossgard-Moser as well as with some members of the community they were both once part of. 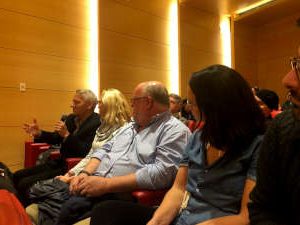