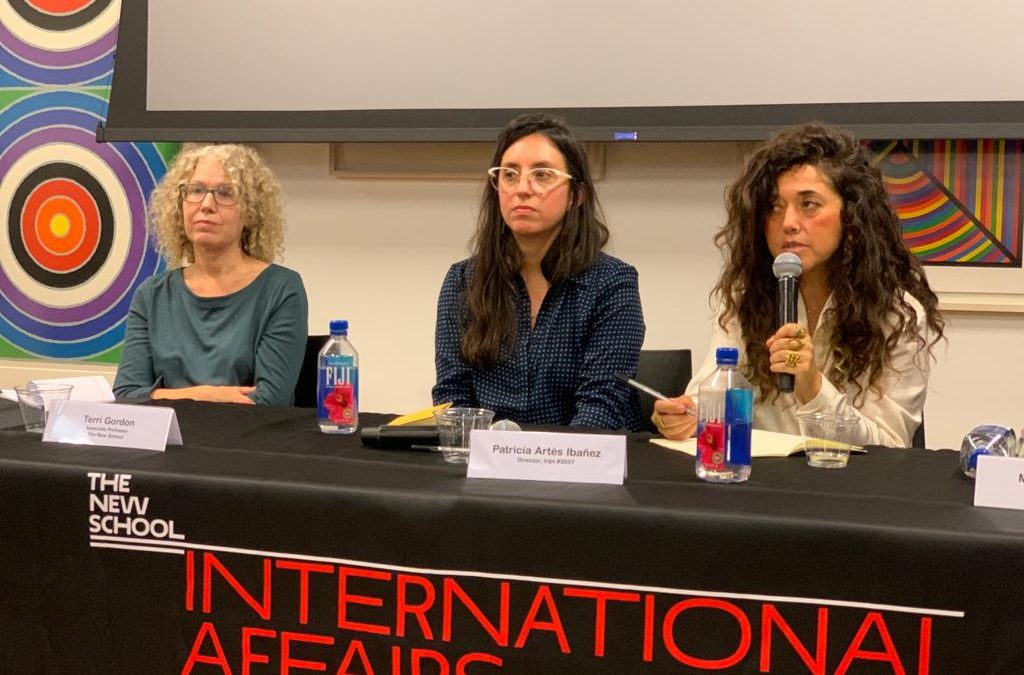 On October 13, 2022, the Observatory on Latin America and the Schools of Public Engagement hosted the screening of the filmed theater piece titled Iran 3037, which is the address of a clandestine torture center that operated during Pinochet’s “civic-military” dictatorship. The film tells real-life stories of the violent events that took place in this unassuming house in Santiago de Chile, in a powerful, poetic, and delicately crafted drama piece.

Patricia Artés Ibañez, a Chilean interdisciplinary researcher and feminist theater director, explained the details of the creative process leading to the piece. This path began 10 years ago with conversations with survivors, included extensive archival and ethnographic research, and continues still with this art-as-justice activist project towards the designation of the house as a memory site.

Present in the room were survivors who spent time in this torture house and others like it. Their memories and testimonies deepened the discussion of the film. Among their statements was the emphatic statement that they are “not victims but survivors” and that making “political sexual violence” be recognized in Chilean law is a historic mandate.

Gendered political aesthetics is a topic close to Terri Gordon, who moderated the session. Professor Gordon is an Associate Professor of Comparative Literature, Associate Dean of Faculty Affairs at The New School, and a member of the Editorial Board of Women’s Studies Quarterly. She recently co-authored The Walls of Santiago (2022), an inspiring catalog of political street art in contemporary Chile. Notably, two decades ago, Gordon’s translation of Jean Genet’s Elle became an off-Broadway production and now her translation of Artés’ film allows a wider audience for this important political aesthetics document.