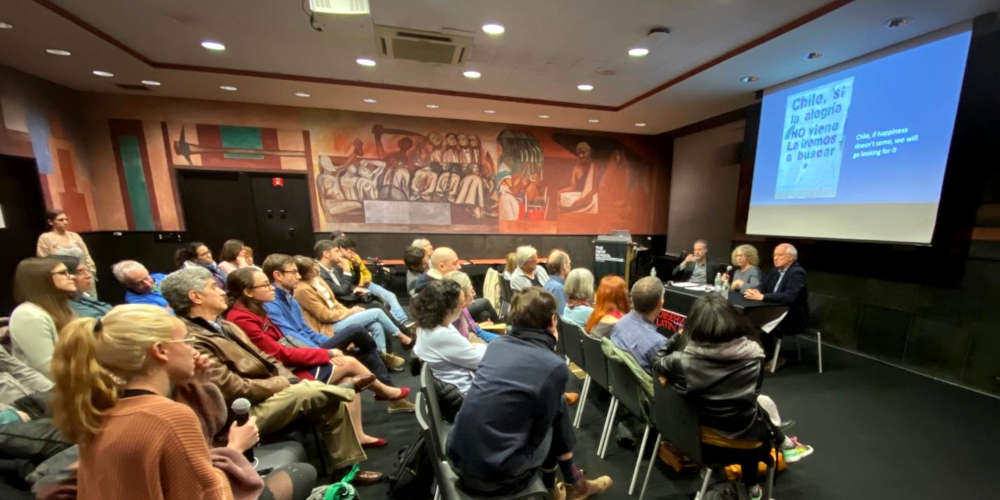 On March 5th, The Observatory on Latin America organized a panel with Terri Gordon, Associate Professor of Comparative Literature at The New School and Eric Zolov, Associate Professor of Latin American history at Stony Brook University, to discuss the graphic protests in Chile and their relationship as forms of expression with the recent social revolution in the country. 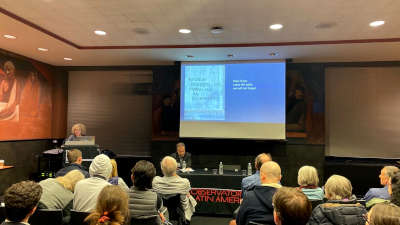 The panel began with Gordon underlining the importance of the protest graphics history, to which she drew attention to the walls of GAM, the cultural center in Santiago. She noted that these walls have long served as spaces for political and social struggle. Time and again, they have been filled with words, signs, stencils, drawings, photos, and murals becoming a spontaneous collage and a way of reading the history of the country’s social revolution. However, on February 19, the whitewashing of these walls made national news. Only a few emblems, such as the faint outline of “Resist,” remained. The panelist shared some of the reactions on social media: “Use all the paint you want! There is no painting that can erase injustices “and “You cannot erase history”. 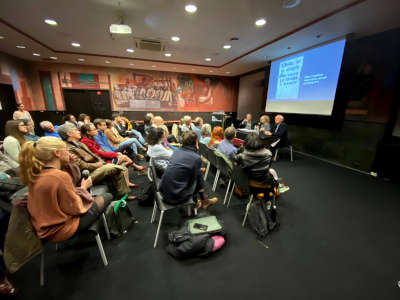 The session followed with a substantive discussion on the configuration of public space in Santiago and the weight of historical memory in art and politics. Zolov showed how the walls of Santiago are spaces where political battles have been fought. From the Ramona Parra Brigade formation in the late 1960s and throughout the early 1970s, all along the Pinochet era, and currently with the government of Sebastián Piñera. 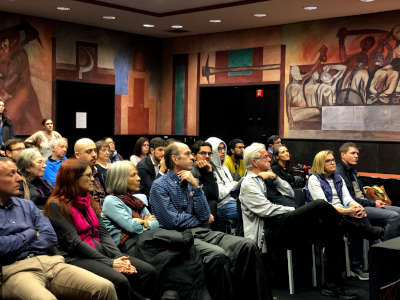 Through an emotional presentation, panelists shared images of the murals in Chile, evidencing the people’s struggle in their fight for their rights, as well as the rejection of political and economic decisions at different stages in history. Among the social movements, the feminist stands out for its powerful demonstrations on the streets and the city walls. It has drawn attention to gender violence and the institutional norms that enable it through the use of body art and nudity. Similarly, the movement has proclaimed its importance through graphic art on the walls with graffiti that declare, “The Revolution will be feminist or it will not be.” 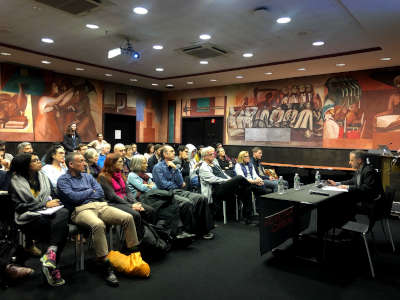 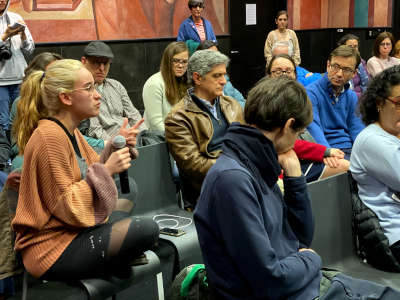 Finally, they concluded that the murals and graphics had become leaderless movements that influence the politics of the countries. These forms of expression make poetry on the street. 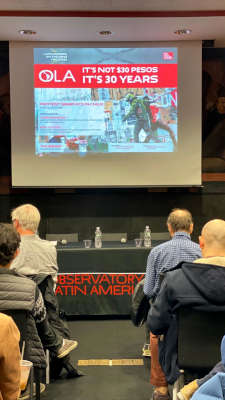 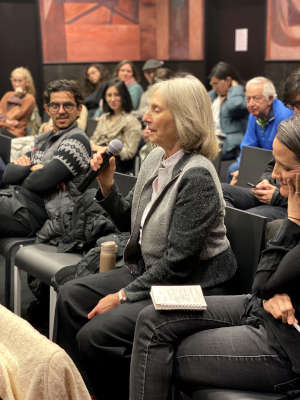 The panel concluded with a Q&A session moderated by Michael Cohen, director of the Doctorate Program in Public and Urban Policies and co-director of the Observatory on Latin America. 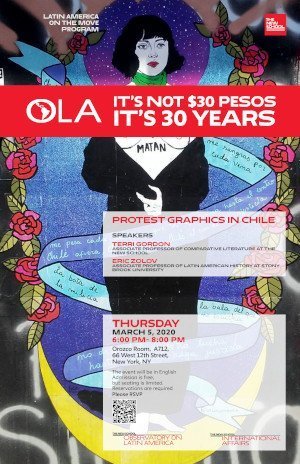