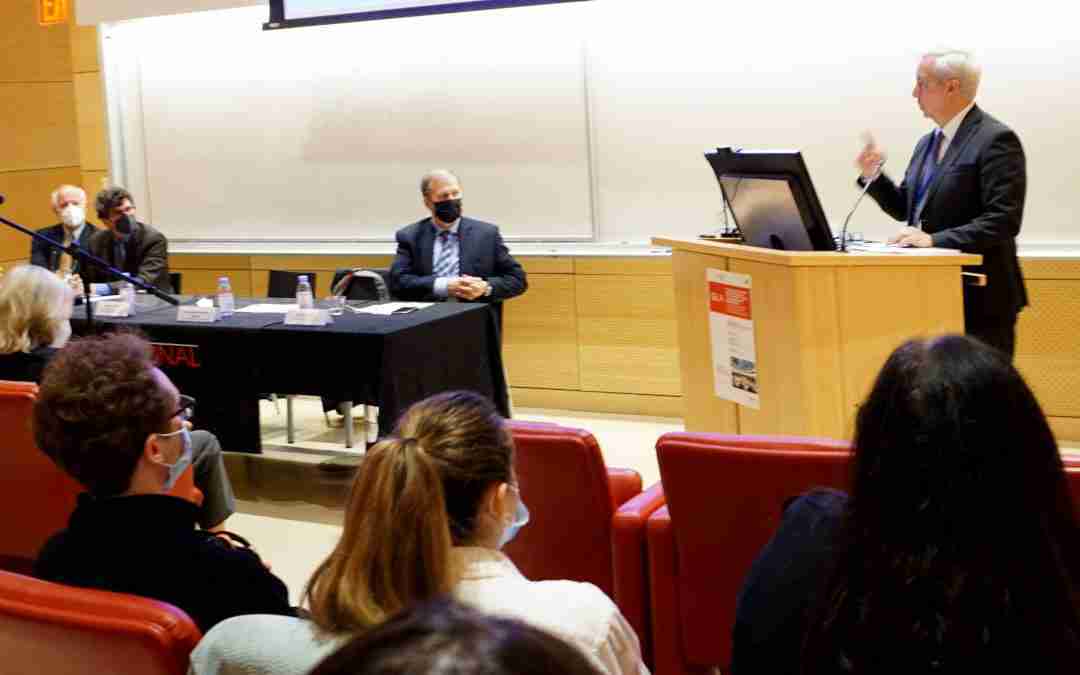 Peace and Security, and Sustainable Development from a Human Rights Perspective: The Contributions of the United Nations Human Rights Council

On April 21, 2022, the Observatory on Latin America (OLA) hosted Ambassador Federico Villegas, the President of the United Nations Human Rights Council based in Geneva. The event was opened by New School Provost, Renee T. White, who spoke about The New School’s long historical commitment to the protection of human rights and the intention of the new leadership of The New School to expand and deepen the University’s commitment to teach, research, and act on human rights issues.

Ambassador Villegas was introduced by the Argentine Consul-General, Santiago Villalba, and Michael Cohen, Co-Director of the OLA. Professor Peter Hoffman, Director of the Julien Studley Graduate Programs in International Affairs, commented on the Ambassador’s speech, posing numerous questions about the limitations faced by the Human Rights Council and the politically divided context in which it was operating.

Ambassador Villegas spoke about the origins of the UN Human Rights Council, the current global debates about human rights, including eliminating the colonial and authoritarian legacies with regard to human rights, the need to develop forceful new agenda issues on human rights including on sexual orientation and the rights of the elderly, and the complicated politics relating to what constituted a violation of human rights.

The latter issue had come into clear focus over the April 2022 vote by member countries to expel Russia as a member of the Council due to its invasion of Ukraine and the violation of human rights of Ukrainians. While Russia was expelled by a vote in the UN General Assembly, more than 70 countries either opposed the expulsion or abstained, indicating that there is far from a consensus on this issue.

Questions from the audience included from a New School guest scholar recently exiled from Afghanistan who posed the dilemma of whether the international community can maintain its humanitarian assistance to his country while the Taliban restrict the education of girls, a doctoral student from Jamaica who asked whether the Human Rights Council had focused on US police violence against the African-American population, particularly after the murder of George Floyd, and a graduate student from Belorussia asked about the speaker’s view of countries assisting Russia in the war against Ukraine.

The Ambassador was very well-informed and engaging. He encouraged New School students to become more involved in the struggle for human rights. We have invited him to come back to our campus to meet with students and faculty in other formats as well.