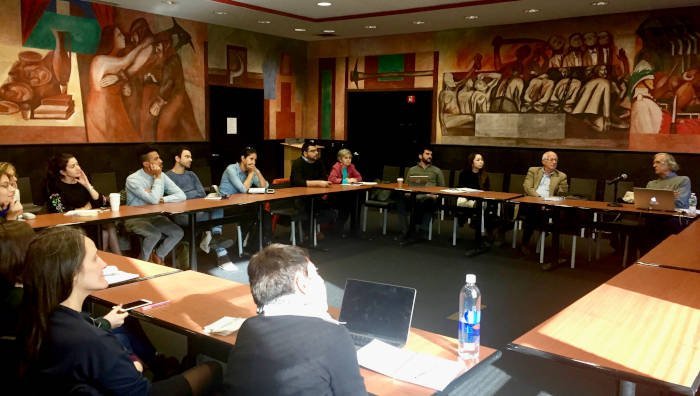 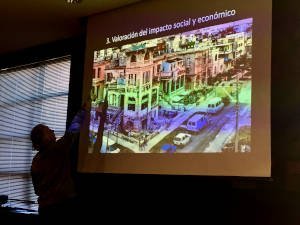 On October 10, 2018, Observatory on Latin America (OLA) of the Studley Program in International Affairs at The New School, received Carlos García Pleyán, Cuban sociologist, doctor of technical sciences, professor, and senior researcher. Pleyán spoke before an audience of students, professors, and the general public. The conference took place in the emblematic Orozco room and was presented by Michael Cohen, director of the OLA and the Global Urban Futures Project, and professor of the Studley Graduate Program in International Affairs.

Pleyán began the presentation with a general explanation of the physical context of the Cuban legal framework and the housing deficit. Regarding the legal framework, he highlighted the restriction on the sale of land, the ownership limit of one dwelling per resident, the illegality of the eviction, the non-existence of the real estate mortgages, and the fact that 90% of dwellings are owned by residents.

In explaining the characteristics of the real estate market, Pleyán highlighted the factors that determine the formation and valuation of prices: location, number of bedrooms, infrastructure, construction period, accessible rooftops, and having all ‘paperwork in order’. Families in need of capital (emigrants, for example) sell while those in need of housing or space (youth, immigrants, divorcees, foreign and domestic investors) buy homes or businesses. 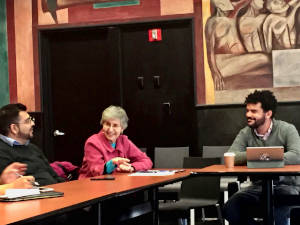 In terms of the valorization of the social and economic impact, there have been physical improvement of buildings which created new jobs and created value for real estate assets. However, there are also negative effects such as imbalances in the geographical distribution of the improvements: gentrification and illegalities due to legislative insufficiencies. Pleyán noted several legislative and tax deficiencies, highlighting inconsistencies in regulation, ambiguities in land management, non-implementation of the property tax (2%), transmission tax (4%) inadequate due to inconsistencies in appraisal, and the fact that there is no recovery of capital gains.

It is urgent to update the legal regulations, the improvement of the urban register, as well as the introduction of new fiscal instruments that control the incipient processes of urban gentrification, concluded Pleyán.

After the talk, members of the audience raised questions about what is happening at the bay, the second constitution and the lack of public information, the level of patriotism in the face of new developments, the housing deficit, and gentrification. 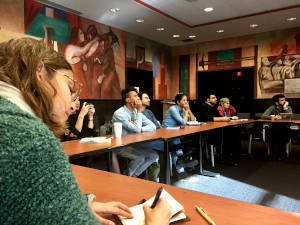