ONLINE: Futures of the Past · First Panel Discussion 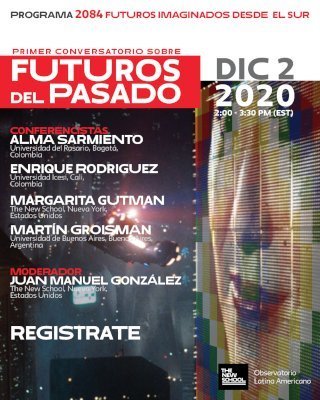 In this discussion, the panelists will address the futures of the past from very different sources: popular imaginations of Buenos Aires at the beginning of the 20th century reflected in illustrated magazines, contrasted with the imaginations of experts in urban planning; the conception of space-time in Quechua culture and how this questions linear views of time; and, in a shift in focus, the reimagining of the early 21st century from hypothetical interviews conducted in 2066.

This webinar will be held through the Zoom and will be in Spanish.