Futures from the Past · Second Panel Discussion · Video of the event 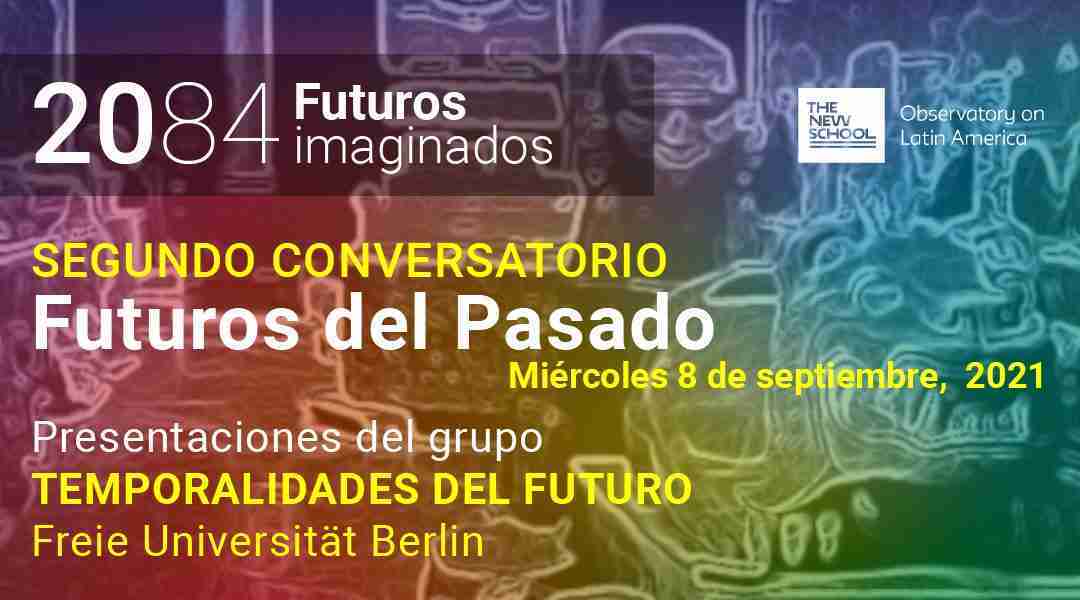 *This was an online Zoom webinar in Spanish*

In this second panel event, members of the international research training group “Temporalities of Future” presented research on Latin American futures formulated in the past.

The Temporalities of Future group writes: “Our focus on the aspirations and anticipations of various actors who produce new temporalities of the future through constant interaction represents a novel approach which adds a much-needed perspective on subaltern and non-Western agency with regard to the future.”

This echoes the 2084 Imagined Futures from the South program’s call to action:  “the future belongs to those who imagine it… Let’s Occupy the Future!”

The Observatory on Latin America (OLA) is a research center that fosters public debate about the processes of social reform occurring in the Western Hemisphere. A majority of this work is done through its ongoing programs: Latin America on the Move, Design and Development, New Urban Practices, Conflicts in the Digital Space, 2084 Imagined Futures, and the Cuba Program.

OLA is part of the Julien J. Studley Graduate Program in International Affairs, at The New School university in New York.