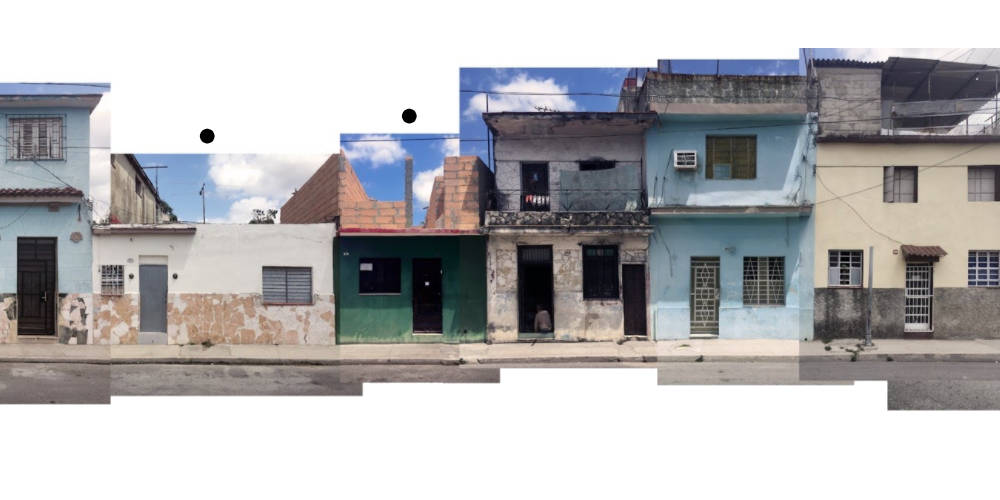 “It is a fresh and intelligent look that knew how to see things that we, by habit or laziness, no longer see. They [the New School students] took full advantage of the observation of the facades and valued something that we have trouble seeing . . . the quantitative and qualitative importance of ‘self-building’ was made clear.”
– Carlos Garcia Pleyán, eminent Cuban urban sociologist commenting on a presentation of the Regla Survey in Havana in 2019.

Havana holds one of the singular compilations of historic buildings in the Americas. Yet given complex interacting factors at domestic and international scales, old structures across the cityscape have been widely under-maintained for about a half a century. Initially, as other urban cores in the developed world were eviscerated due to metropolitan modernization, foreign architectural historians were astonished by the beautiful undisturbed milieu of Havana. But in recent decades, as the number of buildings subject to structural collapse has grown to 600 per year . . . the beautiful milieu has become increasingly endangered. Not only have people been living in the precarious settings—out of necessity, often utilizing recycled materials, and by their sweat and pride—but for decades they have also been making unregulated improvements to their living quarters. Which can compromise electrical, sanitary, and building structural integrity. In addition, interior self-construction activity often penetrates building exteriors: puncturing historic facades and historic streetwalls.

Meanwhile, the city has become internationally recognized for its innovative preservation practices under the leadership of Eusebio Leal Spengler and the Office of the Historian of the City of Havana. With 3,000 people at its height, by recycling the tourism income generated via the recovery of the city’s unmatched 400-year old colonial core, Habana Vieja, the OHCH saved more than 300 singular structures, created a far-sighted economic engine for Cuba, and passed on to future generations a UNESCO World Heritage site. It was an unparalleled success when viewed from a global perspective. Yet by 2016 at an international colloquium on synergistic city planning for Havana’s future, representatives of the Oficina del Historiador, expressed the desire to further reduce the displacement of residents in preservation initiatives. Reconciling prevailing self-construction activity with the conservation of historic structures involves a problem of civic perception which different Cubans see in different ways: preservationists, architects, historians, sociologists, community activists . . . frequently reacting with intense emotion: disliking the self-built forms as extra-legal aesthetic violations, or admiring them as adaptations in the face of hardship.

Thus in 2018 the Havana Studio was created to engage this complex land-use issue. Though hampered by the policy shift towards Cuba of the Trump Administration—which undercut a follow-up summer field-trip in 2018—several members of the studio persisted over the following year in creating a 1000-building Regla Survey that was eventually acknowledged at multiple presentations in Havana in December 2019 for its acute and thorough professionalism. This then led to the mounting of a collaborative survey in Centro Havana with the Technological University of Havana José Antonio Echeverría (CUJAE) which was interrupted by COVID-19 travel restrictions. Nonetheless and once again, several members of the Havana Studio continued to work beyond the spring semester in developing an exemplary Centro Habana Test Survey. The students and professors of the Havana Studio look forward to continuing this research work in the future.

Regla and Centro Habana evidence self-construction activity differently because of differences in urban typology. The townscape of Regla consists of modest structures, largely one- and two-stories high, with sun-filled streets. When self-builders in Regla improve their apartments it is evidenced as complete one-, two-, or three-story architectural re-designs.
Here, in a 91-frame slideshow is the epic two-year tale of the Regla Survey.

Centro Habana is taller, its buildings often grand, its streets are frequently in shadow. When self-builders improve their apartments in Centro Habana it is manifested in but fragments of handsome heritage facades which are owned collectively. Here, in a 94-frame slide show is the Survey By Remote During Covid-19