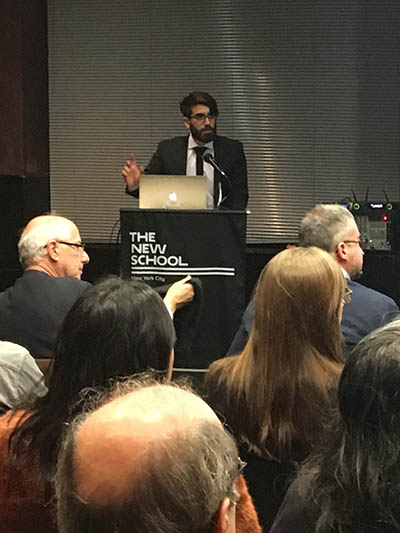 Within the framework of the President Nestor Kirchner (PNK) Fellowship sponsored by the Observatory on Latin America (OLA) and the Universidad Nacional de San Martin (UNSAM) in Argentina, Javier Perez from Argentina, successfully completed a two-week academic exchange at The New School in New York.

Javier Pérez Ibáñez holds a degree in Sociology by the University of Buenos Aires (UBA) and is a current candidate for a Masters in Economic Sociology at the National University of San Martin UNSAM. He was recently awarded with renowned PhD fellowship called CONICET in Argentina, to conduct his research on economical behavior of firms in the automobile industry in the context global value chains.

Javier Perez’ current focus is on corporations undermining the State’s role and relevance in guiding development. His work shows that changing relationship in the case study of the soybean commodity chain in Argentina. It offers three different lenses by which the relationship between State and corporations (broadly understood as strong players in a diverse group of social actors) can be understood.

As a PNK Fellow, Javier worked to deepen his research in order to present a more complete picture fo the relationship between the state in guiding development and the power of private corporations. He presented the results of his research on a Seminar attended by faculty and graduate students from different programs at The New School. Key to the activities of the Fellowship, he met individually with academics from The New School. In addition, he gave a Public Lecture open to a diverse audience of New York. 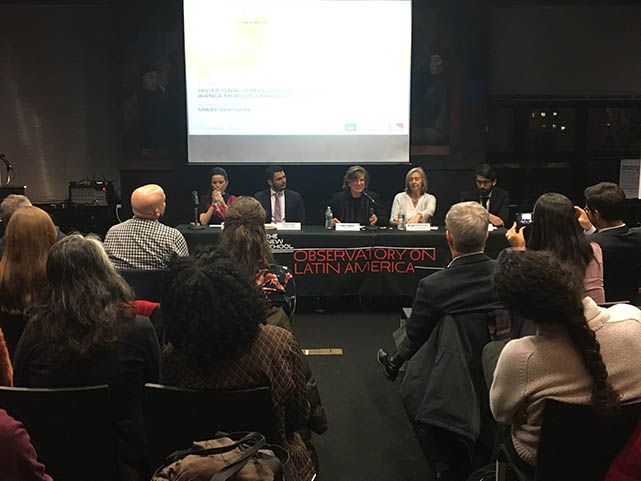 Javier was required to present his work during one closed-door seminar with New School faculty and students, who were asked to read the Fellow’s research in order to provide feedback. This exchange is an opportunity for the Fellow to receive detailed comments on his ongoing research but also to introduce his topic to a diverse academic audience.

During the seminar, Javier presented his study and the methodologies he used to review state relationships with private economic actors by paying attention to particularities of the Argentine macroeconomic environment.

Javier seminar took place on Thursday, March 2nd 2017 and was attended by New School Professors Alberto Minujin, Michael Cohen and Margarita Gutman in addition to more than twelve PhD and graduate students from the New School interested in his topic. 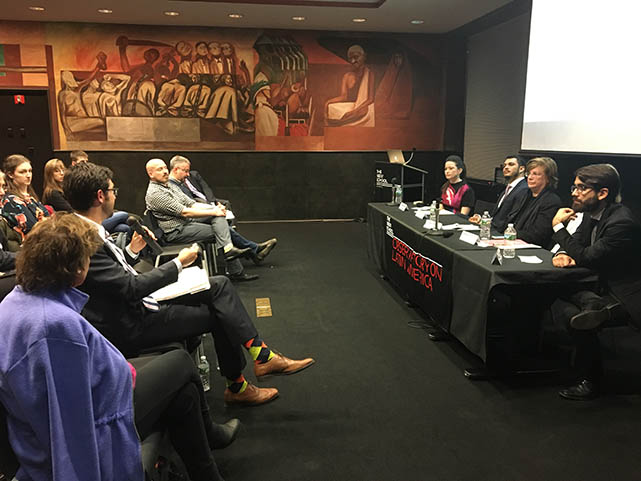 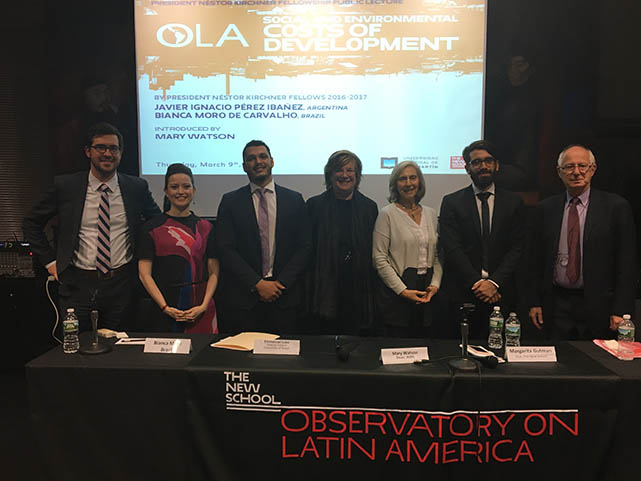 The culmination of Javier’s visit was his final presentation during the Spring 2017 Public Lecture titled “Economic and Social Costs of Development” which took place on March 8th 2017 at The New School’s Orozco Room. He was introduced by PNK Fellowship Director, Margarita Gutman. For more information about the public lecture, the presentation and comments click here.

+ What is it like to be a President Néstor Kirchner Fellow?, by Javier Pérez Ibáñez

The PNK Fellowship has been expanded to all Latin American and Caribbean countries, and will award four fellowships for 2017-2018! Information is open, and submissions are received from March 1st to May 21st, 2017