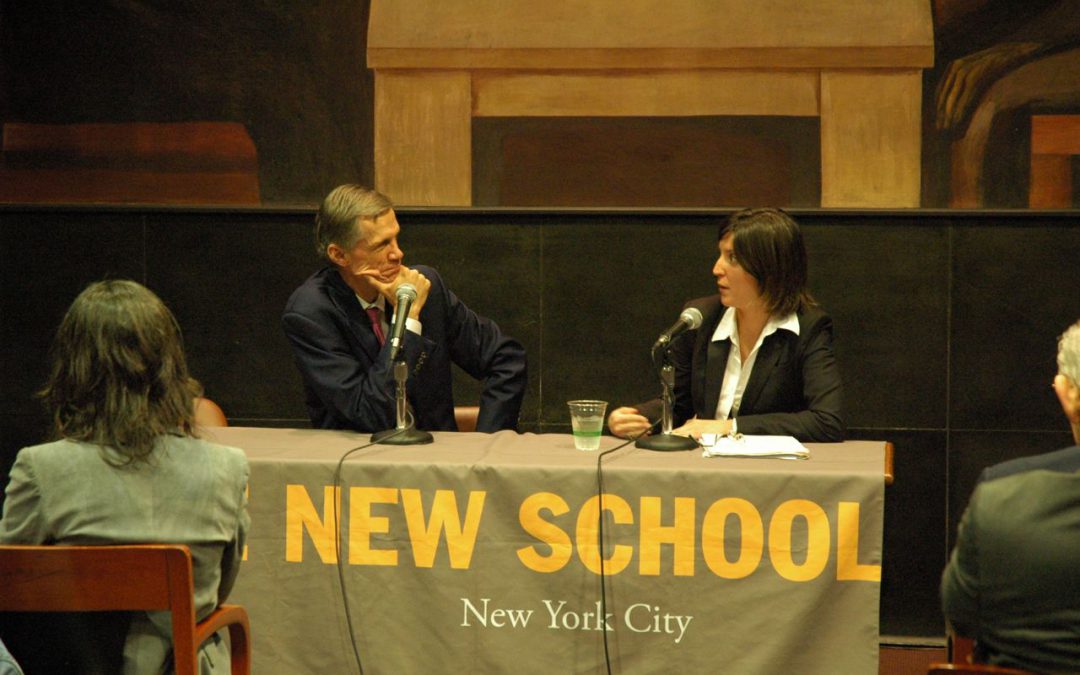 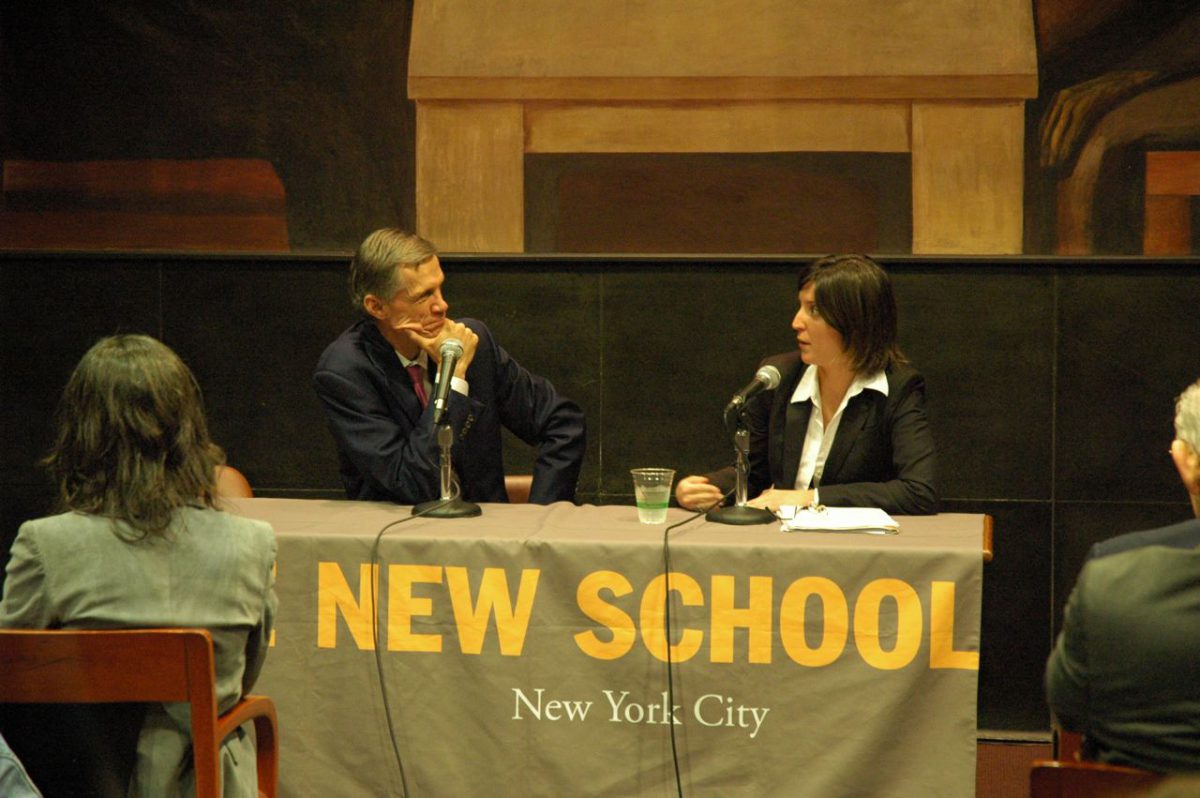 Lucila Rosso has completed a working stay of two-weeks at The New School. During this period, the first President Néstor Kirchner Fellow had the invaluable opportunity to present and discuss her research with the New School community, exchange ideas with professors from other universities and visit institutions based in New York City.

Rosso’s research reveals the linkages between economics and politics in the history of Brazil and Argentina’s respective paths of development. She holds a Law degree from Universidad de Buenos Aires and is a Masters in International Relations and Negotiations candidate from the Facultad Latinoamericana de Ciencias Sociales (FLACSO), Universidad de San Andrés and Universidad de Barcelona. She worked at the Ministry of Foreign Affairs and International Trade, the Security Ministry and the Ministry of Justice and Human Rights.

Rosso began her official agenda in New York on November 7, with a visit to The New School, where she had a working lunch with the Observatory on Latin America team.

During this first discussion with The New School community, Rosso exposed the main points of her essay, exchanged ideas with the atendees, and received useful advice on how to broaden and improve her analysis. The faculty members highlighted the interest of the topic and the relevance in these times of debt crisis in the Euro zone. 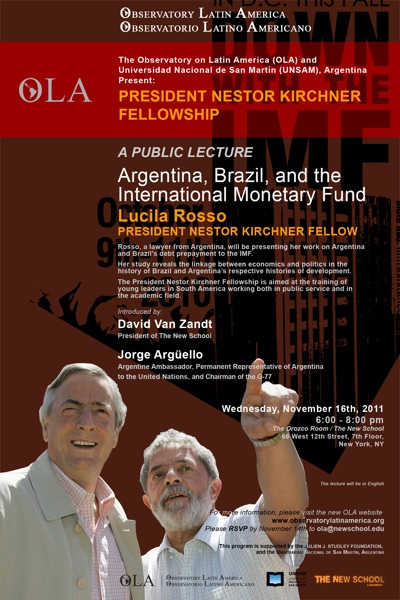 Additionally, Rosso attended the two-day New School Human Rights Conference, intended to contribute to a nascent conversation between the discourses of human rights and economics; was welcomed by José Luis Pérez Gabilondo, Consul General of Argentina in New York; and, held a meeting with Argentine Ambassador Jorge Argüello, Permanent Representative of Argentina to the United Nations and Chairman of the G-77.

Ms. Rosso presented her work on Argentina and Brazil’s debt prepayment to the IMF in a lecture open to the public, hosted at The New School. Her presentation focused on the work presented in her paper, and incorporated aspects of her educational experience in New York. Ms. Rosso argued that the economic interventions in each country served political ends, and their distinct relationships with the IMF were based on these political narratives. Her in depth study revealed the linkage between economics and politics in the history of Brazil and Argentina’s respective histories of development.

+ What is it like to be a President Néstor Kirchner Fellow?, by Lucila Rosso