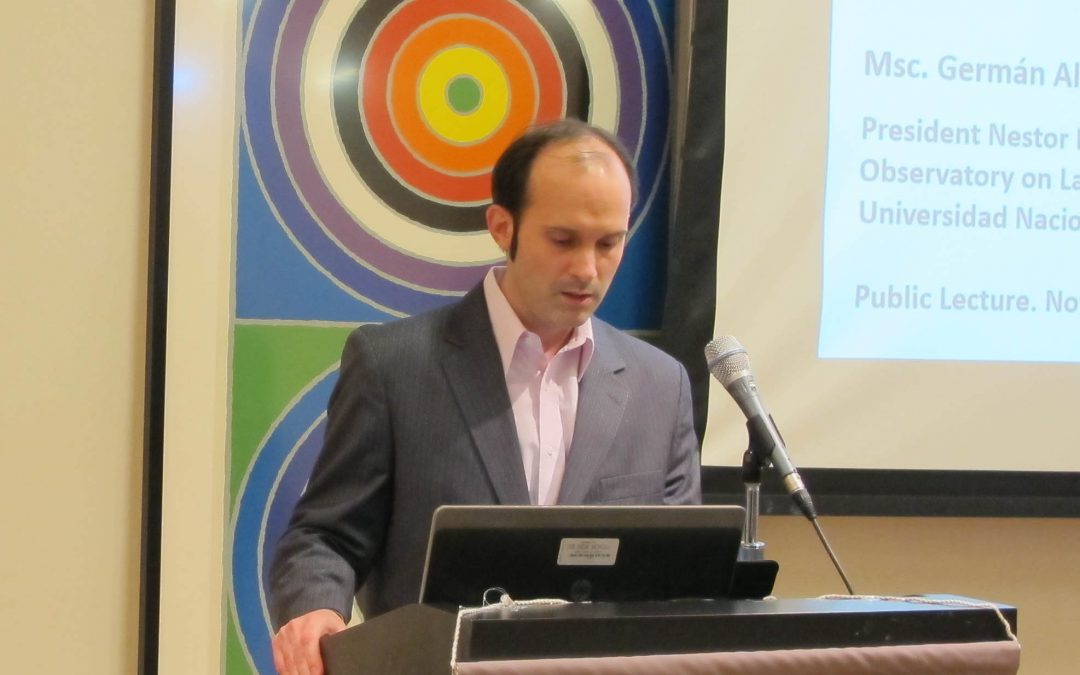 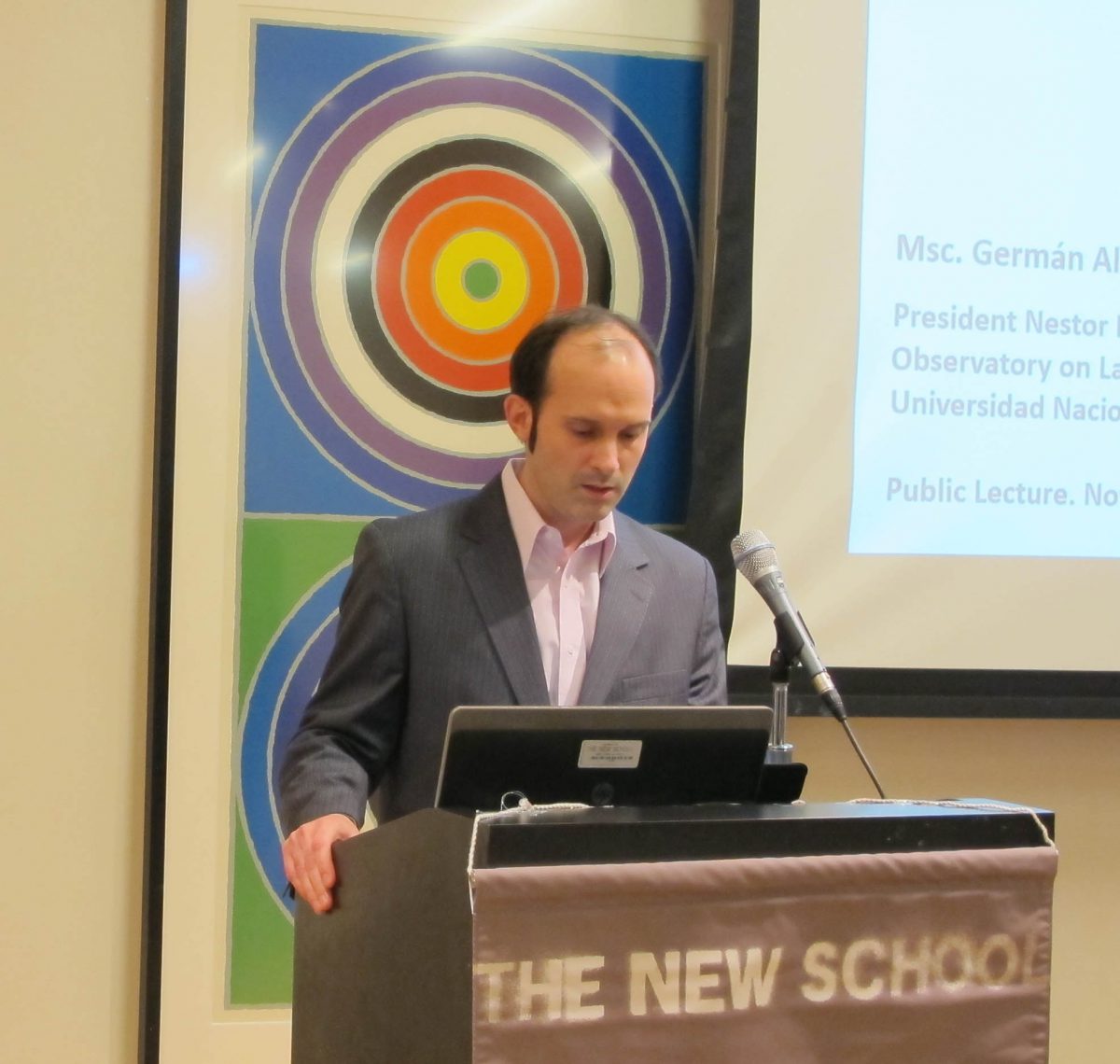 The New School President, David Van Zandt, opened the event with remarks on the importance of the Fellowship, granted by the Observatory on Latin America in cooperation with Universidad de San Martín since 2011. In the first three years of the Fellowship six Fellows, two from Argentina and four from other South American countries, have come to the New School in New York to present and work on their papers through the Beca Presidente Néstor Kirchner.

María Cristina Perceval, Permanent Representative of Argentina to the United Nations, introduced Linzer’s lecture, and praised his work saying that “it’s important because it helps us understand the past and the challenges ahead of us” regarding technological innovation.

“In the 1990s, most Latin American countries tried to promote a new system of incentives favorable for technological systems as they were implemented in the US. But these weren’t enough to boost technological innovation,” said Linzer as he took the audience through his paper’s thesis. “There is need for a state with the capacity to support technological sectors until private initiative is strong enough,” he concluded. The exposition was followed by questions and comments from the audience and the moderators.

During his stay at The New School, Linzer met with experts on property rights from The New School, New York University, Columbia University, and Doctors Without Borders to discuss his work and build his research. “I’ve met with professors that I had read and even quoted when I was working on my essay, like Richard Nelson, intellectual property specialist, and economist Anwar Shaikh, among others. I was able to have one on one conversations with them, and we compared different points,” Linzer emphasized. “They all had a very good predisposition and are very open to debate, even if they didn’t agree with my position,” he added.

Before the public lecture, he held two seminars with New School faculty and students, were he presented his work and received feedback from the attendants. “When you get involved in the process, after the first seminar and with the feedback from the experts I interviewed with, you realize that in those two weeks you will have to improve your paper based on these contributions; there’s a lot of work to be done.”

Linzer said the intense agenda he had over the past two weeks nurtured his work, and that it was a “huge challenge” he tried to be up to at all times, and “great experience, academically and personally.”

+ What is it like to be a Néstor Kirchner Fellow?, by Germán Linzer