CONFLICTS IN THE DIGITAL SPACE

This new OLA program is based on research work carried out since 2015 with the support of the New School. It focuses on the emergence in the digital public space of conflicts that occur in urban territory related to problems of vulnerability, poverty and segregation.

This program recognizes that the digital dimension, present for decades in everyday life, contributes in many ways to the perception, uses and transformation processes of cities. We understand that it is possible to make a redirected use of digital technology from a perspective of rights and social inclusion, which exceeds, for example, the use given to technology in Smart Cities. We believe that it is a matter of finding the cracks that the corporate technological system has to obtain a more relevant visibility of poverty and informality and reclaim its space within the digital city. Quickly establishing itself as the quintessential representation of the real city, this digital city becomes a true second nature of the city, which nevertheless omits much of the conflicts and environmental and social vulnerability. If the visibility of these conflicts is increased, it is possible that they will eventually be recognized and processed by the respective social institutions and organizations.

Results of these investigations, which include the development of a methodology for analysis, interpretation and visualization called TecnoSocial Explorer, have been published in various academic, institutional and professional media, and presented at scientific and urban meetings. They have taken the Metropolitan Region of Buenos Aires as a case study, and it is expected to incorporate other Latin American cities in the medium term.

News & Announcements of Conflicts in the Digital Space 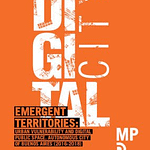