Public Lecture by Alicia Bárcena at The New School: Structural Change for Equality 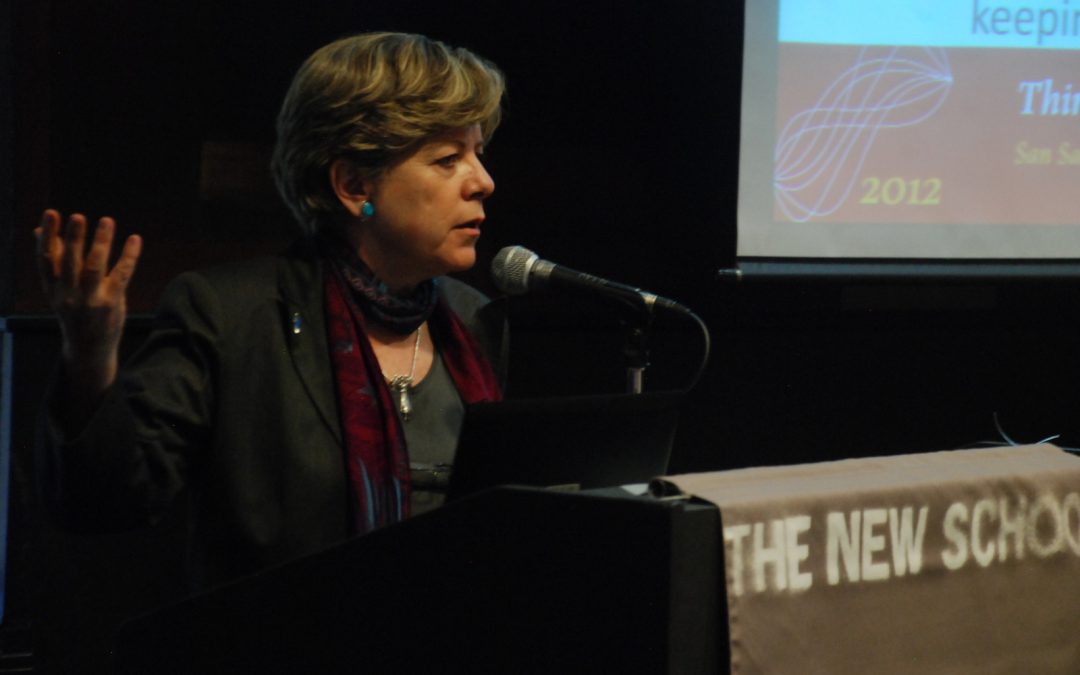 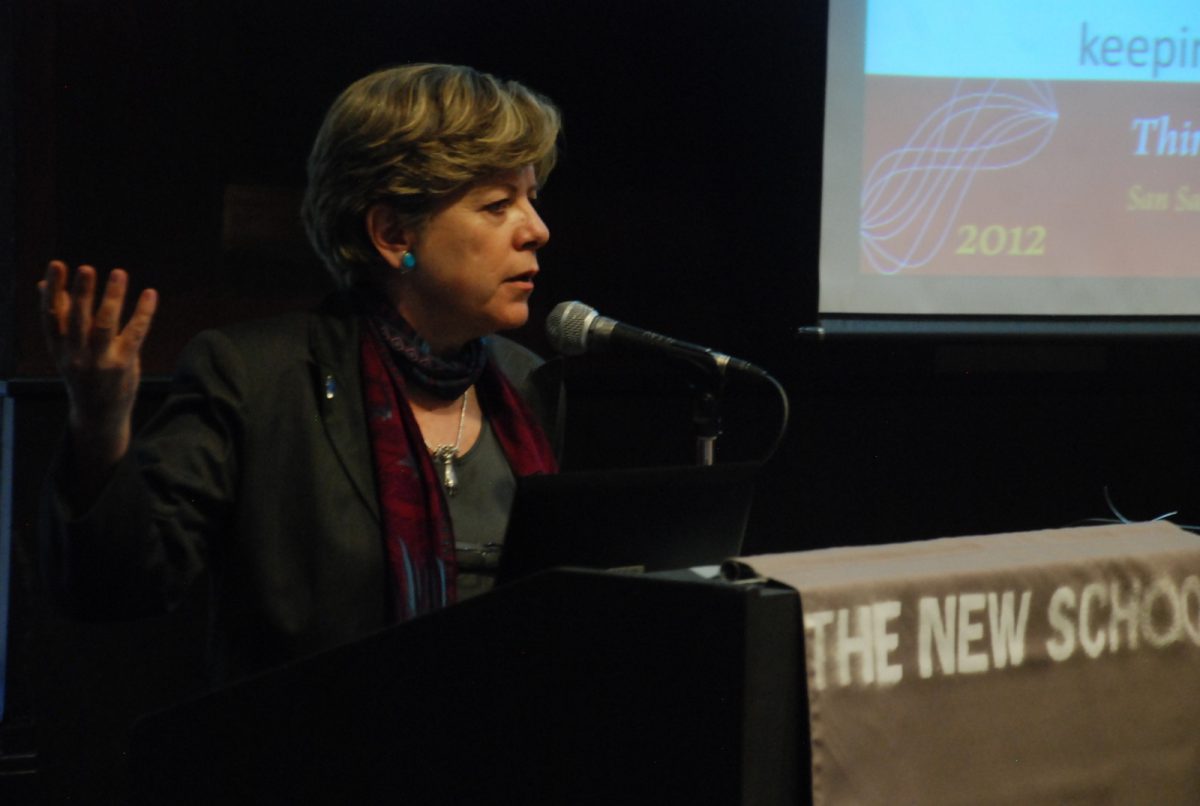 The historic murals in The Orozco Room at The New School in NYC, NY were on display on Thursday, September 27, 2012 as The Observatory on Latin America and The New School welcomed Alicia Bárcena, Executive Secretary of the United Nations’ Economic Commission for Latin America and the Caribbean, to present Structural Change for Equality, the 2012 report by the Economic Commission for Latin America (ECLAC). This report is an important new initiative on rethinking economic policy in the face of the global economic crisis and was submitted to Latin American governments in El Salvador in August 2012. The event was well-attended by a combination of students, faculty, and representatives from The United Nations and various NGOs, from over 11 countries.

David Van Zandt, President of The New School, began with an introduction of Ms. Bárcena, highlighting her achievements and praising the results described in the ECLAC report. Ms. Bárcena then engaged the audience with a discussion of the main themes, challenges and goals for the report. Discussants, Sakiko Fukuda-Parr, Professor at the Studley Graduate Program in International Affairs, The New School for Public Engagement, and William Milberg, Professor and outgoing Chair in the Department of Economics at The New School for Social Research, followed Ms. Bárcena with insightful comments on and critiques of the report. A lively discussion during the question and answer period ended the informative evening.

According to Ms. Bárcena, the 2012 ECLAC report, Structural Change for Equality, rotates around three main challenges: to achieve and sustain high growth rates that will close income and productivity gaps and create greater employment, especially within more knowledge-intensive sectors; to change consumption and production patterns away from comparative advantage and towards a more technological focus that also engages environmental sustainability; and to guarantee equality of rights reflected by structural changes in production patterns. The report advocates the return of greater State participation and the integration of the State and politics with respect to investment and growth initiatives and in the revision of industrial, macroeconomic, social and labor policies that lend themselves to structural change with equality for the Latin American and Caribbean region.

Discussant Professor Fukuda-Parr confirmed ECLAC’s leading role in development thinking, in that they had historically proposed alternative economic strategies for development by not only challenging current paradigms but also remaining rooted in the experience of regional economies. She stated that The New School is also thinking about the same issues as ECLAC, with great overlap in the ideas of countercyclical approaches and investments to improve employment and increase productivity. Professor Fukuda-Parr emphasized the support to small and medium enterprises and dynamic agricultural sectors not mentioned in the ECLAC report. She spoke to the importance of education as a catalyst for improving social equity and transforming the labor force. She emphasized that improving the productivity of small and medium enterprises requires better education, international cooperation at the global level and government support, especially as it relates to stabilizing volatility in markets and creating a competitive export market for agriculture.

Professor Milberg complimented the ECLAC report and the involvement of a New School alumnus in its creation. He believed the report to be an ambitious political policy statement written from the perspective of economic and political strength, noting the interruption of the 2008 global economic crisis as a small blip in the figures and text. He agreed with the need to diversify sources of demand, increase education and increase State involvement. He challenged the process and demand for specialization as it relates to high-tech versus low-tech and natural resource goods and called for a redefinition of the return to “mom and apple pie” structures as well as the inclusion of private corporations as a greater aid for structural change. He also mentioned the pro-cyclical nature of bank lending as a further challenge, claiming that structural change is very difficult to achieve especially when pushing against market forces.

Milberg’s major point, however, was that the report brought out the conflict between what had been termed “Keynesian efficiency” versus “Schumpeterian efficiency”, noting that the former involved producing more in response to demand, while the latter involved also changing the composition of the product towards more knowledge-intensive goods and services. While some Asian countries had moved towards the latter, it was noted that both Argentina and Brazil had not shifted production in this direction.

Ms. Bárcena responded to the comments of both discussants, citing intraregional trade as one way of improving and expanding domestic demand. She closed the evening by interacting with the audience and fielding questions related to details within the report.

The program is generously supported by the JULIEN J. STUDLEY FOUNDATION

+See the report by ECLAC

+Learn more about Latin America on the move