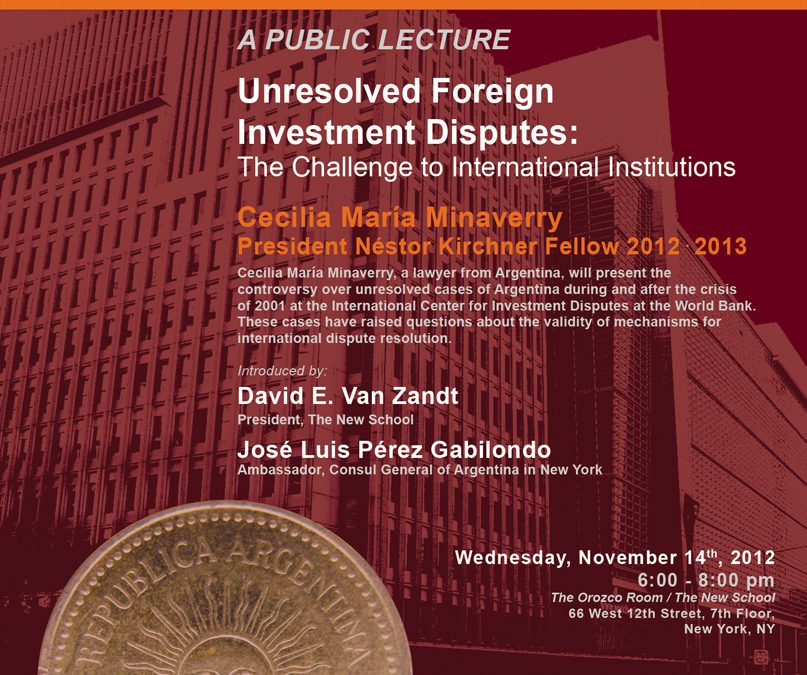 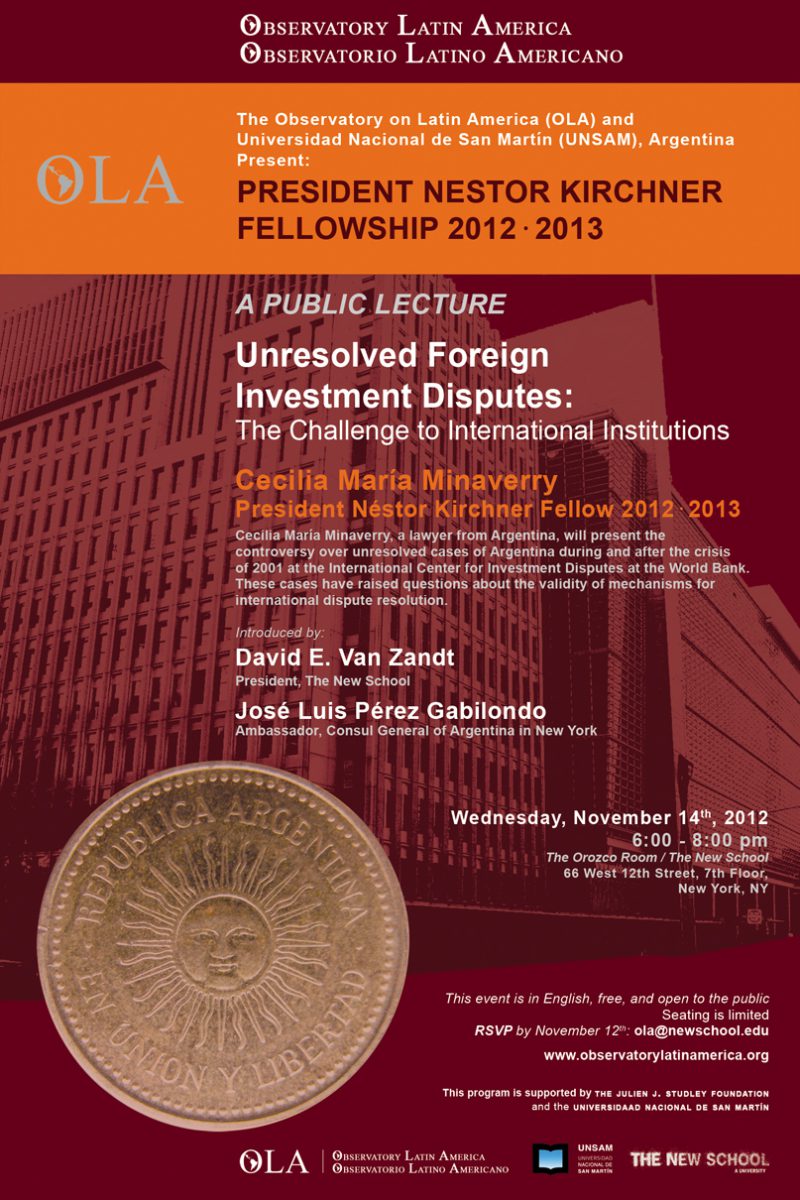 Cecilia Maria Minaverry, a lawyer from Argentina, presented the controversy over unresolved cases of Argentina during and after the crisis of 2001 at the International Center for Investment Disputes at the World Bank. These cases have raised questions about the validity of mechanisms for international dispute resolution.

OLA was pleased to welcome Cecilia Maria Minaverry, President Néstor Kirchner Fellow for 2012-2013, who won the award after demonstrating academic excellence and a commitment to public service.

Cecilia María Minaverry is a Lawyer specialized in tax law from the Universidad de Buenos Aires. She holds a Masters in International Studies at the University of the Basque Country, and is a Doctoral candidate of Law and Social Sciences in Law and Social Sciences School at the Universidad Nacional de Córdoba. She is currently a lawyer in permanent staff at the Federal Public Revenue Administration, Province of Córdoba, Argentina.

This Fellowship is inspired by the legacy of former President Néstor Kirchner during his term as President of Argentina (2003-2007), coupled with his important work as the first Secretary General of UNASUR (2010).

The President Néstor Kirchner Fellowship, focused on the training of young leaders in South America, is organized by The Observatory on Latin America (OLA) of The New School, New York, and the Universidad Nacional de San Martín, Buenos Aires, Argentina.

The lecture was in English.