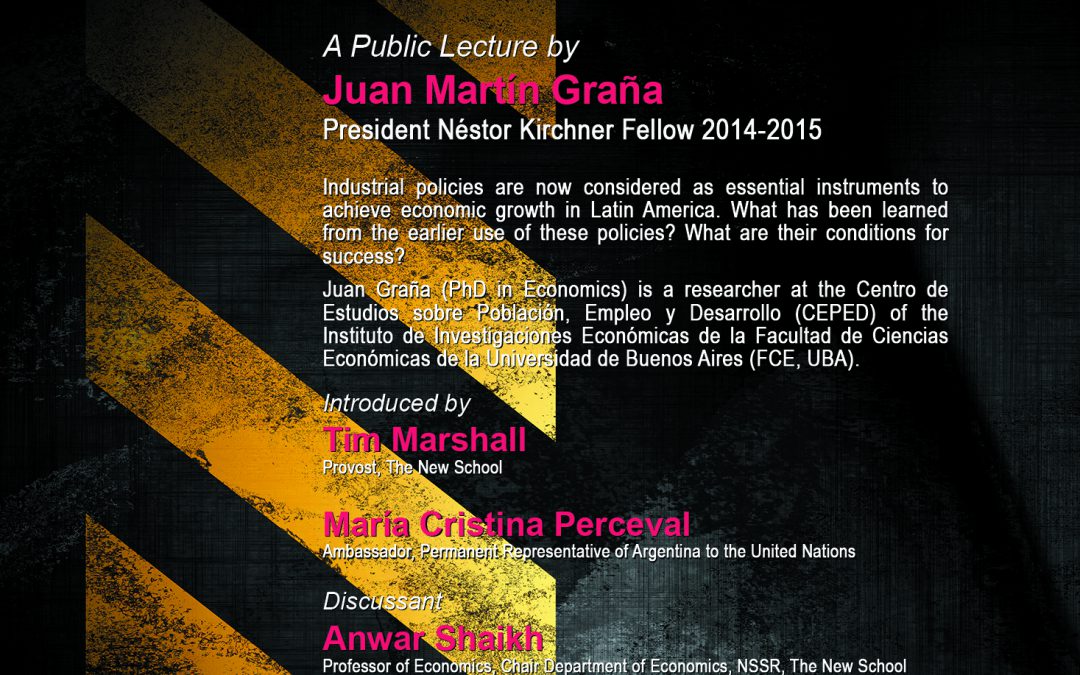 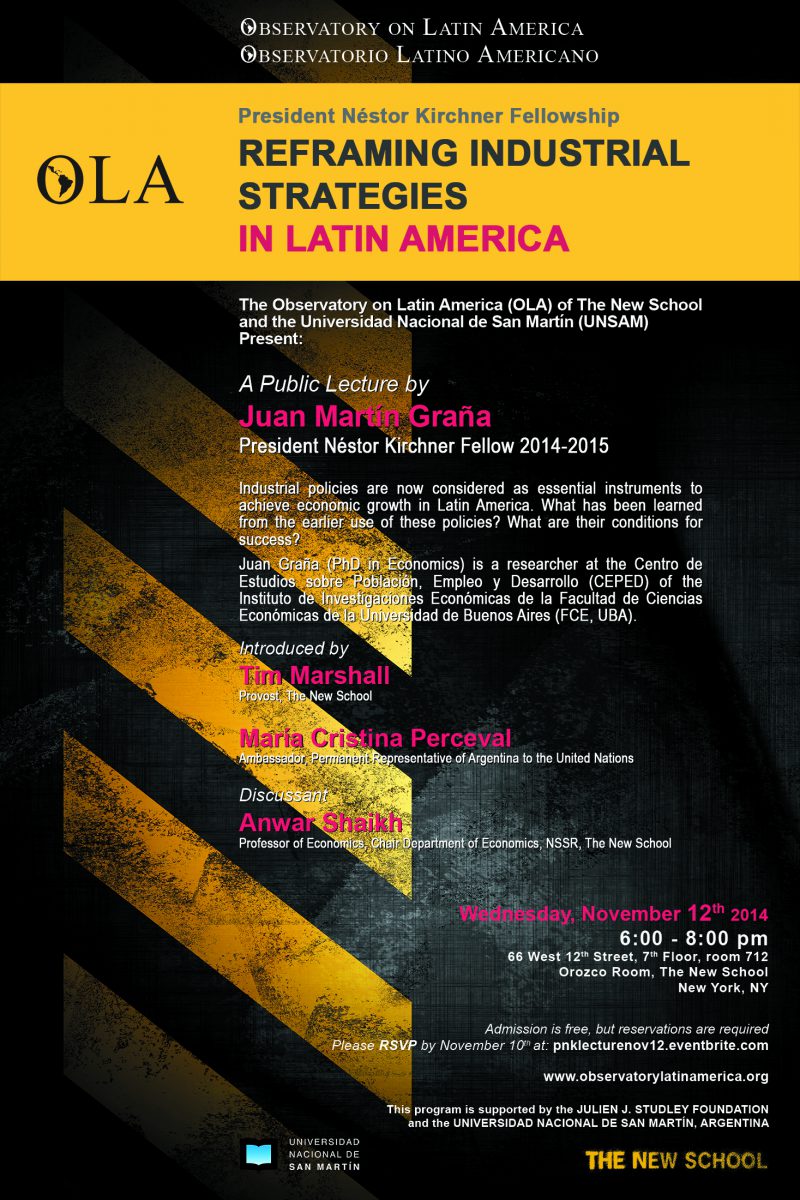 The adoption of import substitution (IS) strategies during the 1950s was regarded at the time as a productive approach for Latin American countries to join the “developed” world, yet was abandoned by the early 1960s. Analyses of these decisions focus on national causes (productivity, wages, external shocks, political processes), while ignoring linkages with other countries and the historical moment of accumulation of capital worldwide. Graña will present a more complete picture of IS and propose a theoretical and strategic framework for Argentina’s future development.

Juan M. Graña holds a PhD in Economics from the University of Buenos Aires. He is a researcher with the Centre for Population, Employment and Development Studies (Centro de Estudios de Población, Empleo y Desarrollo – CEPED) in Buenos Aires.

The Lecture will be in English.
Free admission, limited seating.
Reservations are required.
Please RSVP by November 10th at pnklecturenov12.eventbrite.com

The PNK Fellowship has been expanded to all Latin American and Caribbean countries, and will award four fellowships for 2015-2016!
Information is open, and submissions will be received from March 1st to May 25th, 2015