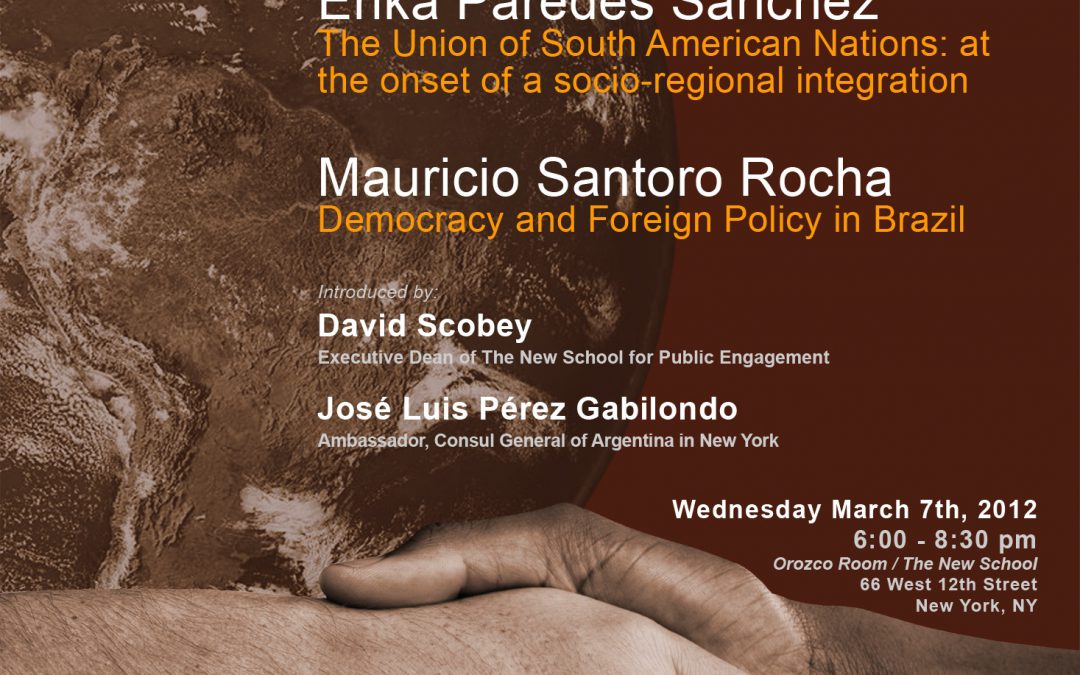 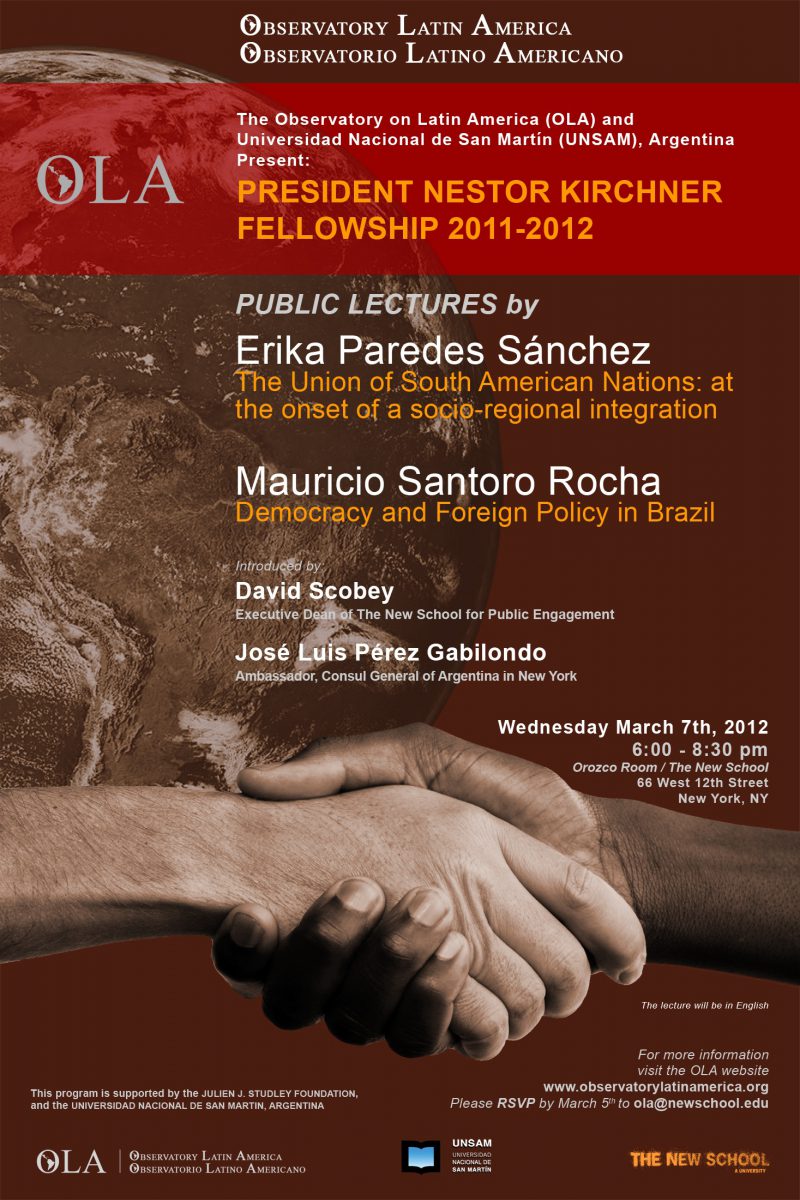 The Observatory on Latin America (OLA) welcomed Erika Paredes Sánchez and Mauricio Santoro Rocha, President Néstor Kirchner Fellows for 2011-2012. Both were awarded a Fellowship after demonstrating academic excellence and a commitment to public service

Erika Paredes Sánchez holds a Masters in Development Studies from the Graduate Institute of International Development Studies (IHEID), Geneva, and is currently working with the Government of Ecuador where she is focused on the environmental initiative, Yasuní-ITT. Previously, she worked at UNDP in Quito as a consultant on Capacity Development and Aid Effectiveness, as well as a Program Analyst in Monitoring and Evaluation. She also co-authored the book The Application of UNDP/ART’s governance and local development methodology in Latin America.

Mauricio Santoro Rocha is a journalist and holds a PhD in Political Science. He is a Professor at the Getulio Vargas Foundation. Previously, he was a reporter for the Brazilian newspaper O Globo and was an International Cooperation Officer in the Brazilian Institute of Social and Economic Analysis (IBASE). He has worked in the Ministry of Development, Industry and Foreign Trade and was a member of the National Youth Council of the Secretariat-General of the Presidency of the Republic. Additionally, Mr. Rocha is the author of Contemporary Dictatorships (forthcoming, in Portuguese) and of 20 academic papers and book chapters.

+ Download the program of this lecture: cover and inside