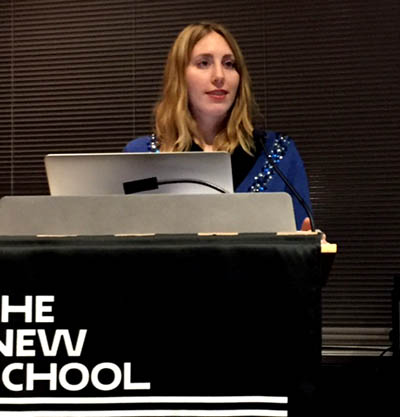 Within the framework of the President Néstor Kirchner (PNK) Fellowship sponsored by the Observatory on Latin America (OLA) and the Universidad Nacional de San Martín (UNSAM) in Argentina, Sofía Bernat, from Argentina, successfully completed a two-week academic exchange at The New School in New York.

Sofia Bernat is PHD candidate in Journalism and Social Communication at the National University of La Plata in Argentina. She has recently submitted her dissertation to the doctoral commission. Sofia’s work is based on a four-year ethnography of the Ringuelet slum in La Plata, Argentina. She studies the relocation process after the flood on April 2, 2013. Her work describes and analyzes the different modes of organization, which arose prior and during the relocation process.

Seminars at The New School Community

On November 9, 2017 Sofía presented her work during a closed-door Seminar to receive detailed feedback on her ongoing research, but also to introduce her topic from a new perspective. The seminar was attended by New School Professors Nidhi Srinivas, Christopher London, Mariana Amatullo, and Margarita Gutman. They were joined by Masters and PhD students from the programs in Economics, Public and Urban Policies, and International Affairs. 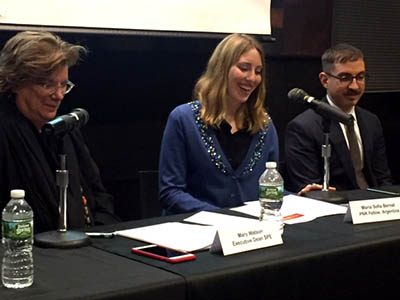 She was also a guest lecturer in Professor Gutman’s and Cohen’s graduate SGPIA class, “Urban Century. Theory and Practice” at the University Center. 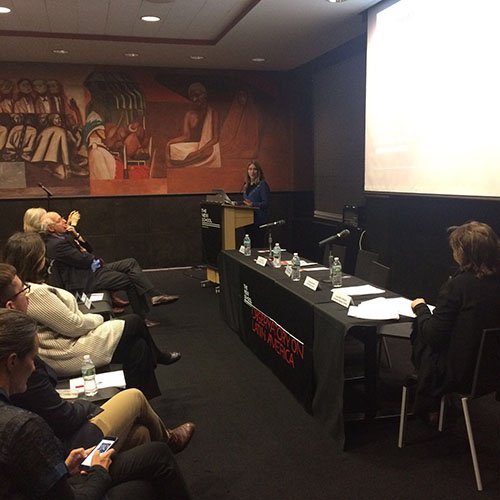 The culmination of her visit was her presentation during the Public Lecture, Peripheralization of the Poor: Symbolic Practices and Policy Analysis, which took place on November 15, 2017 at The New School. She was introduced along with our Brazilian Fellow Paulo Alas Rossi, by David Van Zandt, President of the New School. Mary Watson, Executive Dean of NSPE at the New School moderated the discussion. For more information about the public lecture, the presentation and comments click here.

+ What is it like to be a President Néstor Kirchner Fellow?, by Sofia Bernat