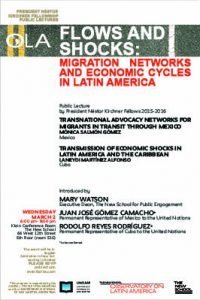 The Public Lectures of two President Nestor Kirchner Fellows were delivered on March 2, 2016, at The New School in New York. The Fellowship Program, a joint initiative of The New School and Universidad Nacional de San Martín from Buenos Aires, Argentina, is in its sixth year. The Fellows, Mónica Salmón Gómez, from Mexico, and Laneydi Martínez Alfonso, from Cuba presented their research at an event entitled: “Flows and Shocks: Migration Networks and Cycles in Latin America.”

The two spring 2016 President Nestor Kirchner (PNK) Fellows were introduced by Mary Watson, Executive Dean of the Schools of Public Engagement. Watson reminded the audience of the importance of the President Nestor Kirchner Fellowship as part of the legacy of the late Julien J. Studley, a former New School Trustee, and a symbol of his interest in academic research and Latin America. She noted the presence of a Fellow from Cuba, a country which Studley loved and which had received him as a refugee during World War II. “At The New School, we create an open space for dialogue and use research to address the world’s pressing social issues, and Julien Studley was always a generous supporter of this idea”, Watson said. 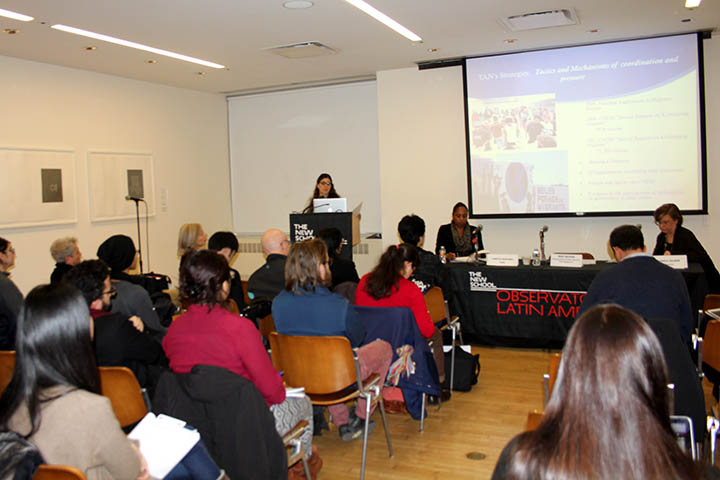 Mónica Salmón Gómez was the first speaker at the public lecture. She spoke about her experience as an activist and her research on Transnational Advocacy Networks –TAN- for migrants in transit in Mexico. She highlighted the role of these networks today as the main guarantors of migrants’ human rights. Her lecture focused on the role of the TANs as key actors in the struggle for protecting migrants from violence, especially when in transit through Mexico. Her research showed how TANs have helped improve public policy and human rights protection by implementing diverse strategies that compel the Government of Mexico to improve its approach to diverse immigration issues. The active presence of TANs in Mexico has contributed to better conditions for migrants in transit and a growing awareness by the Government of the importance of adhering to and complying with international human rights agreements. Salmón clearly concluded her remarks by noting that thanks to the existence of TANs, national and state governments have been forced to improve their institutional coordination and reduce corruption. 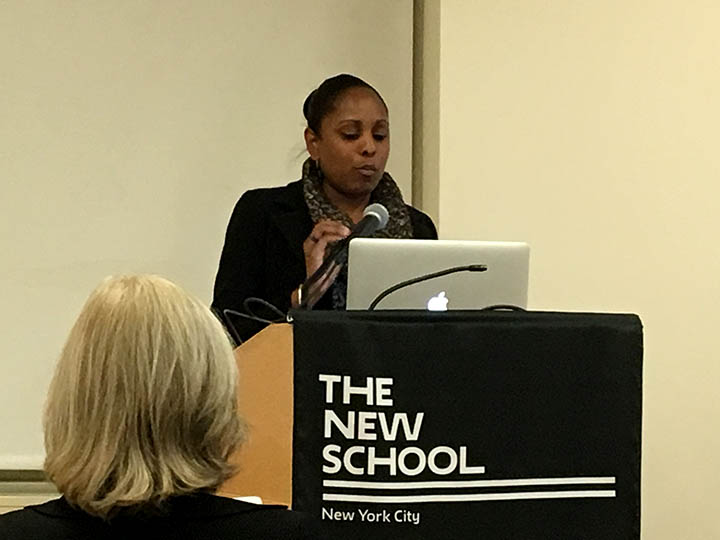 Martínez Alfonso, a professor and researcher from the Center for Hemispheric and U.S. Studies at the Universidad de la Habana in Cuba, presented her work entitled “Latin America and the Caribbean and the US in a new global economic scenario: changes in the transmission of economic shocks”. Martínez’s work is an analysis of how the transmission of economic shocks from the US to Latin America and the Caribbean has changed in recent years. Martínez explained how the historical conditions that determined a high correlation between the market behavior in the United States and that of the economies of Latin American countries, has changed and manifested especially in the aftermath of the 2008 crisis. The Great Recession showed that the U.S. economy no longer has asuch a direct impact on the rest of the economies of the region, as proven by a less profound shock to their economic performance and a faster recovery as a result of the continuing internationalization of the economies and the growing influence of China. Martínez concluded by pointing out that the transformations in the transmission of economic shocks from US economic cycle to Latin America and the Caribbean and, thanks to this shift, today different mechanisms determine the interrelation between the trade patterns and the financial patterns that link the economies in the region. 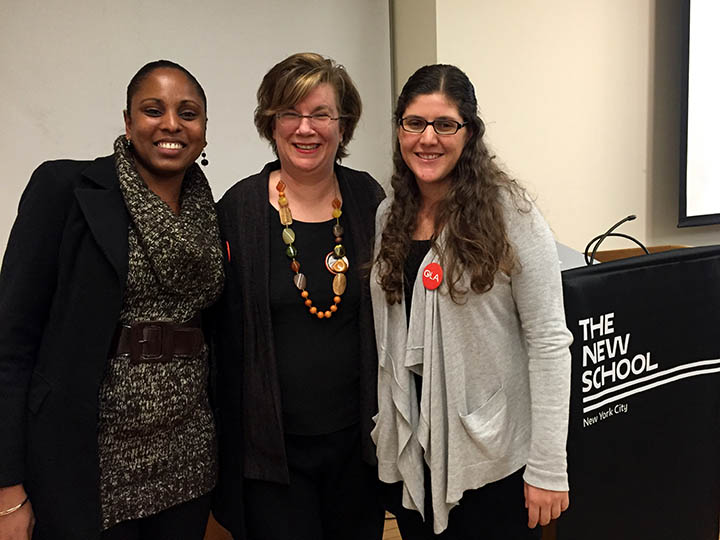 Mary Watson asked for questions from the audience and started by pointing out the relevance of these types of analysis both for the Latin American region and the United States. She said this kind of analysis is a key, especially because of the importance of understanding immigration patterns and the role of the United States in such dynamics. This is particularly relevant as the current election campaigns have brought these issues into the spotlight. Following this comment, she also highlighted the important contribution of Martínez’s work for the analysis of the political economy of the region. The Public Lecture ended with a lively discussion on both presentations and multiple questions from the public.

The PNK Fellowship has been expanded to all Latin American and Caribbean countries, and will award four fellowships for 2016-2017! Information is open, and submissions are received from March 1st to May 23rd, 2016