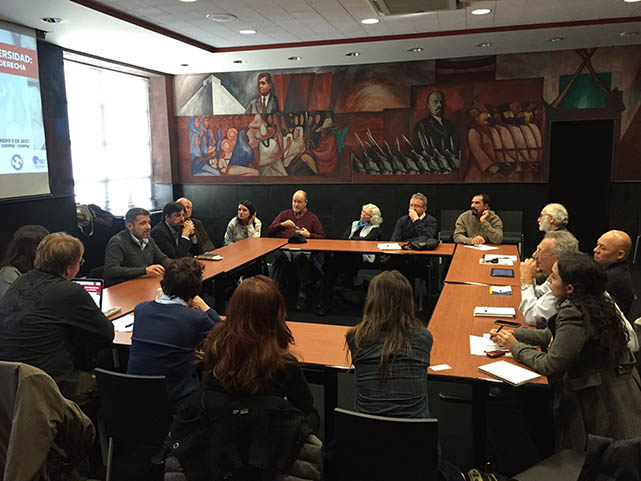 In The New School’s Orozco Room and before an audience that included students, professors and people of the medium in general, Trotta and Santa Maria explained the main reasons that inspired the formation of this university that focuses on the worker: “We consider that the university education system deepens inequality, the state does not assume responsibility for the education of its workers, and therefore this is an alien system for the worker and his family, “Trotta stated. 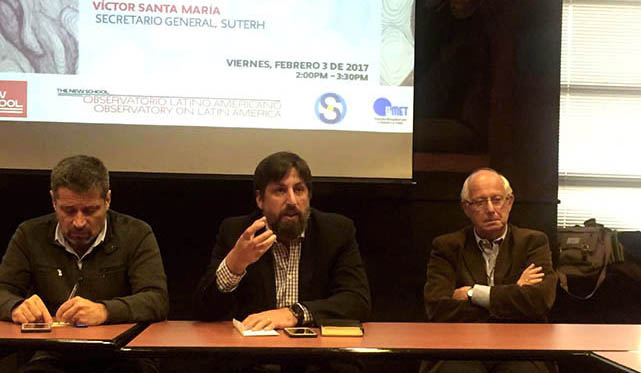 Likewise, the university rector pointed out that the UMET does not only fulfill an educational and pedagogical project of human formation, it is not about educating to be productive in the economy, but it is a political project seeking knowledge to be also formulated from the labor sector and for this sector to have its leaders among the knowledge generators. In this way, UMET challenges the exclusivist system where only academic elites produce knowledge.

Union leader Víctor Santa María emphasized that the transfer of power towards the worker protects him against changes in the protection systems of different governments. This transfer is reflected in an increase of tasks that the unions assume. “The UMET is a result of the political context that empowered the worker, and the goal is a cultural revolution whose axis is labour.”

Trotta concluded by stating that “no university is neutral, it is a deeply political space because universities must be committed to the societies of which they are a part of.” 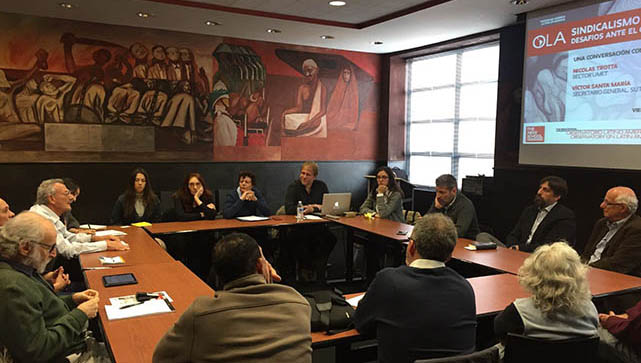