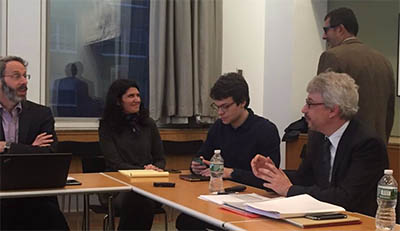 On Friday, December 2nd of 2016 the conference “Public Defender Advocating for Human Rights in Public Budgets” was held at Hirshon Suite, at The New School University in New York. The event consisted on a presentation by the Buenos Aires City Chief Public Defender, Horacio Guillermo Corti who was joined by Thomas Kruse, Director of Global Governance at the Rockefeller Brothers Fund.

During his presentation, Corti spoke about the intersections between budget law and fundamental rights. He opened with the question “Should rights be limited to what is financially possible?”; His answer was that while rights are not restricted to what already exist, they are conditioned to what is possible, meaning that the real cost of enjoying particular rights will depend on what society allows. As a result, when drafting a constitution it should be laid out how that constitution is going to be financed.

In turn, Thomas Kruse asked how the referred tensions between the primacy of one law above the other translates into the everyday practice of a people’s defender: “how does the judicial system taking upon matters of public budget and influencing them can articulate as an effective tool for demanding justice?”. 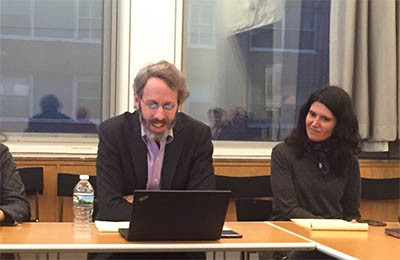 To the question posted by Kruse, Corti recognized that while the biggest challenge is to push for drafting of budget laws that give primacy to fundamental rights and not the other way around, public defenders can bring budget laws to court on grounds of unconstitutionality, specially when there is a clear unequal distribution and allocation of rights. Lastly, Corti said “budgets should not be drafted on economic grounds, but on the ground of rights, and as long as budgets constraint the fulfillment of rights, the job of a public defender will be to challenge that system”.