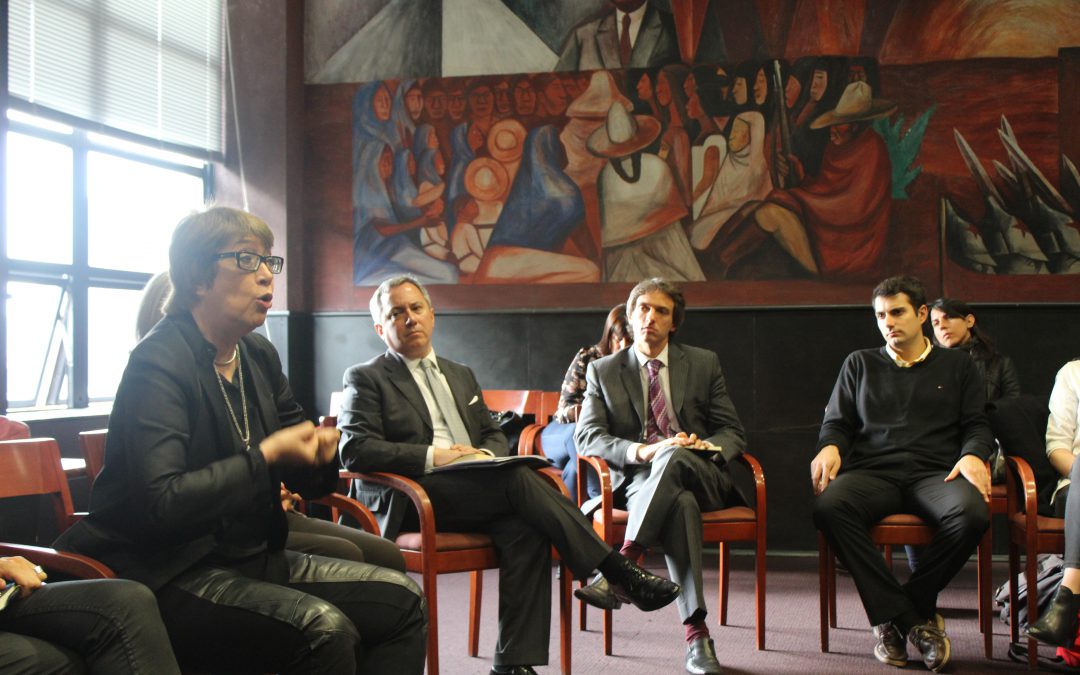 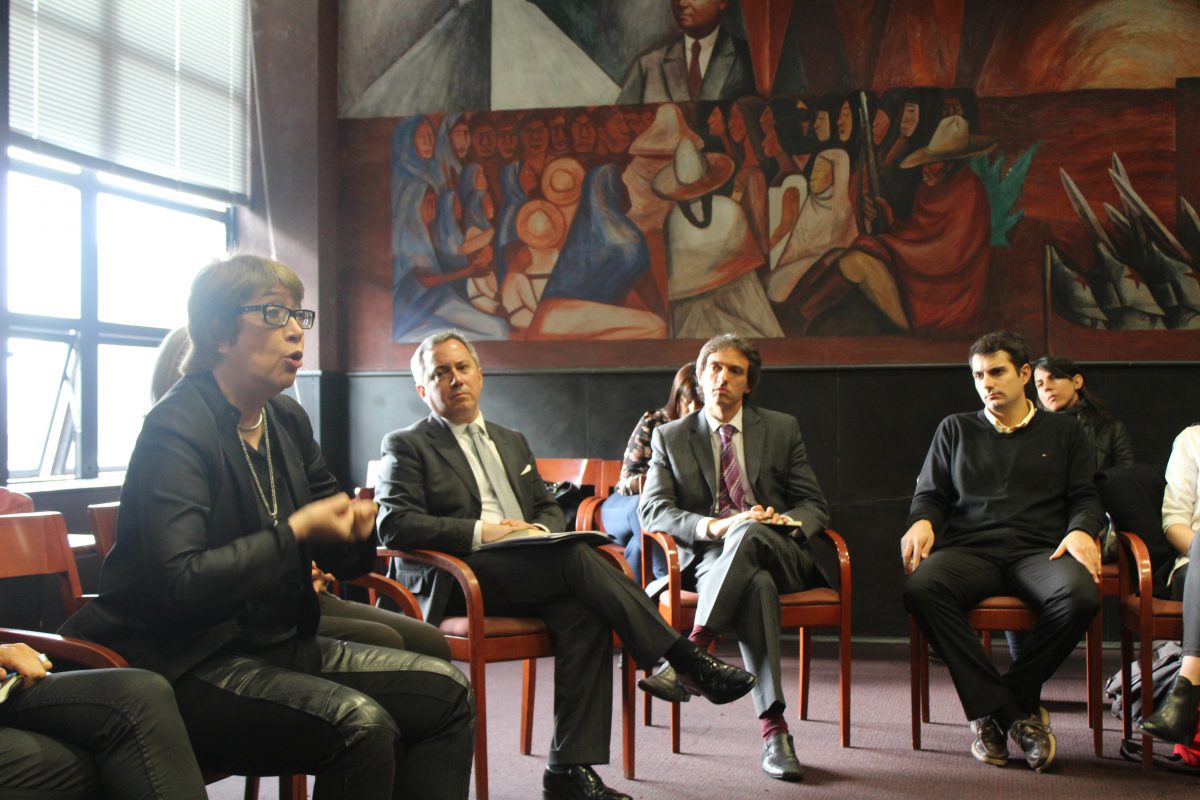 On November 12th, Argentine Minister of Culture Teresa Parodi visited The New School and held a close dialogue with students and faculty, discussing the task she is carrying out in her new position.

Parodi, a folk singer with a long career and artistic trajectory, was appointed to head the Ministry of Culture created by the Argentine government in May. She is now charged with transforming what used to be a secretariat into a ministry, and expanding the work related to cultural public policies.

Speaking at the Orozco Room, Teresa Parodi said that she was “enthusiastic” about taking over this task, and that being appointed “moved (her) as an artist and person.”

The minister, who was accompanied by Cabinet Chief Verónica Fiorito and the Deputy Consul General of Argentina in New York,Eduardo Almirantearena, said that as part of this new project they were pushing forward the Federal Law of the Cultures, which “recognized the diversity and cultural richness of the country, that shouldn’t be subsumed to just one culture.” She explained that together with the team she put together, they are travelling across Argentina, talking to different artists and communities, to take into account their views into the crafting of the law. The initiative aims to revalorize local cultural production, and address the voids of the market. “The cultural penetration that our countries have suffered is very strong and blunt, and at the same time silent,” Parodi explained.

Referring to the plans for the new government body, the minister said she aims to boost an “itinerant culture,” to take cultural activities to different parts of the country and reach people where they live, instead of concentrating cultural offer in the capital.

Verónica Fiorito, on her part, referred to the technical challenges of their work and of thinking of culture as a state policy.

About 30 students participated in the candid dialogue for over two hours. The meeting with Parodi is part of the Latin America on the Move program.