Buenos Aires. The Power of Anticipation. Itinerant Images of the metropolitan future in the Centennial / Margarita Gutman 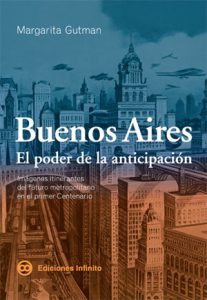 Former residents and newcomers, different social sectors, professionals and workers, artists, journalists and readers, all shared a time of great change and aspirations. They were convinced that a future of endless progress was waiting for them. This book tells the story and shows the texture and energy of the power of anticipation in those years. To

day as before, the past enriches our present and provokes us to envision and build the future.

Available for purchase at:

Read book reviews and interviews with the author