Changing Conditions in the Global Economy: A Latin American Perspective 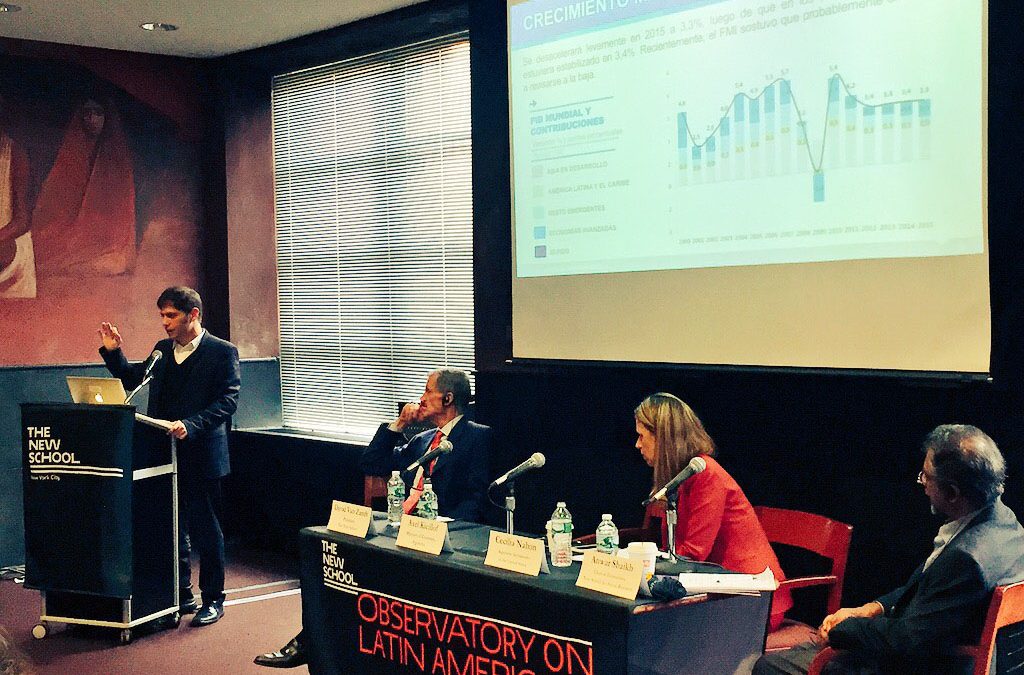 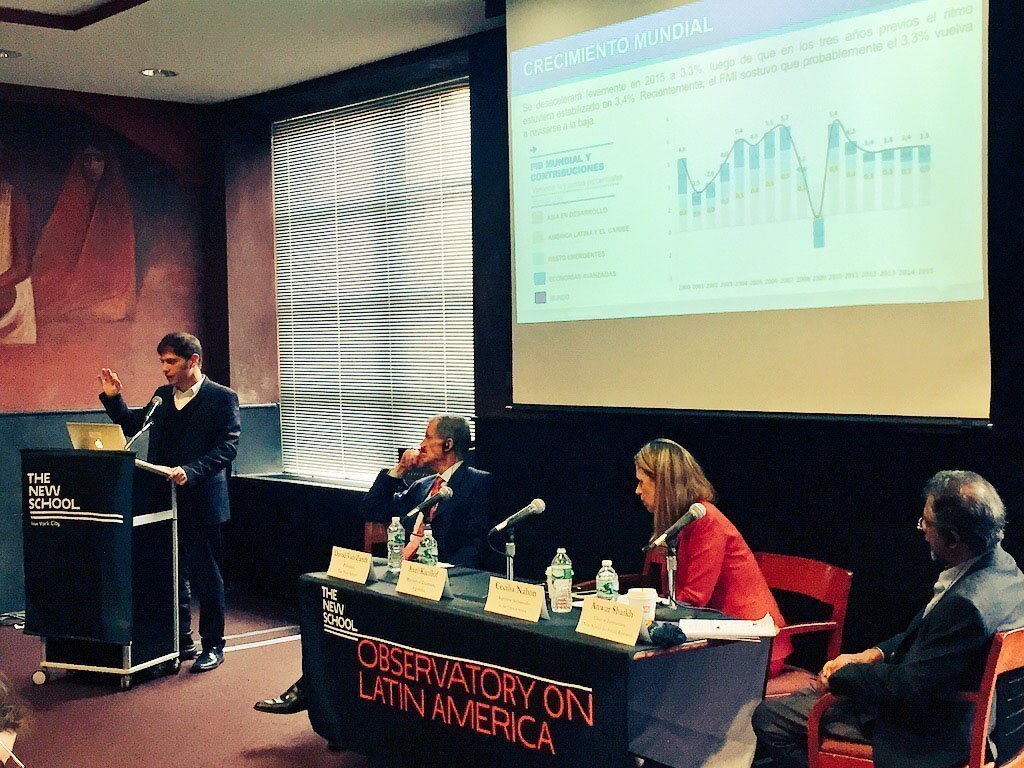 The current Minister of Economy and Public Finance of Argentina, Axel Kicillof, was invited by The New School to give a talk about Argentina´s macroeconomic policies and the Great Recession. David Van Zandt, The New School president, provided welcoming remarks and highlighted the ongoing work between The New School and the Observatory on Latin America [OLA] in Argentina. Minister Kicillof then joined the group of distinguished Latin American leaders that have spoken in the Orozco Room over the years by welcoming an audience of students, faculty, and scholars. 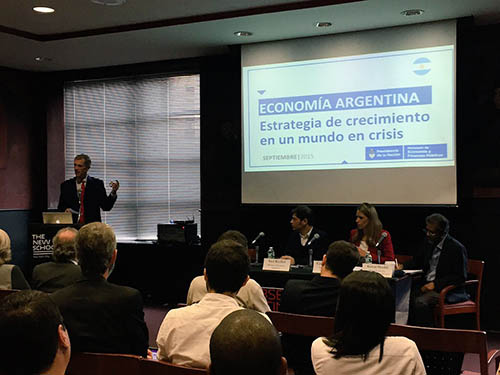 The minister visited New York to participate in the United Nations General Assembly, where a new set of principles to define Sovereign Debt policies would be voted. By actively defending a country´s possibility of restructuring its debt, argued Minister Kicillof, Argentina has played a leading role in defining sovereign debt policies over the past year.

Minister Kicillof addressed the audience with a profound analysis of the current state of the world economy and a critical perspective of the mainstream economic policies that have been proposed and implemented in response to the crisis. The Minister explained his view of the crisis from a global perspective. He pointed out that “the recovery has been slow when you analyze the average behavior of GDP per country – a situation that is grounded upon the effect of the international division of labor derived from the wage differential between West and East.” 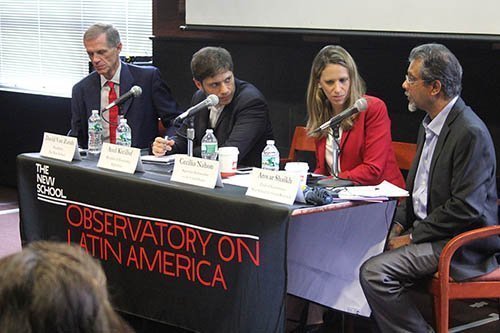 He then addressed China´s leading role as the most competitive manufacturing producer and its impact on emerging economies, which have been caught in a balance of payments trap. Minister Kicillof described one of the main problems emerging economies are facing today, “Trade Deficit is financed with money flows in a deregulated world, which has an important impact on national economies, once production and consumption take place in different geographical places. This is the cause of an important deterioration of the balance of payments.” He argued further that this crisis, like all other crises, is a consequence of debt and its impact on macroeconomic stability.

After explaining his view of the current state of the global economy, Kicillof presented Argentina´s current economic policies as an alternative approach to past solutions. “This is a time to challenge the mistakes in both the diagnosis and the remedies used in the past. Today we want to fight against austerity by understanding economic policy implications from a different perspective based on its historical, theoretical, and political dimensions.” 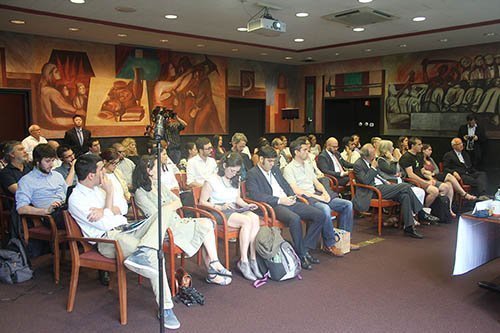 Minister Kicillof´s presentation was followed by comments by Anwar Shaikh, chair of the Economics department at The New School for Social Research. Professor Shaikh emphasized the importance of doing politics and defining policy as a way of understanding the way the world and the capitalist system works. He also agreed with Kicillof on the fact that it is crucial to understand the role of debt in order to understand crisis. Shaikh finally welcomed Kicillof´s question on how politics and academia can join efforts to contribute to a better understanding of economic reality and the role of economic policy, and expressed the importance of working together.

The event was concluded with remarks from Cecilia Nahon, Argentina´s Ambassador to the United States. Notably, Ambassador Nahon highlighted the recognition of Argentina´s current economic policy by important economists such as Paul Krugman and Thomas Piketty.