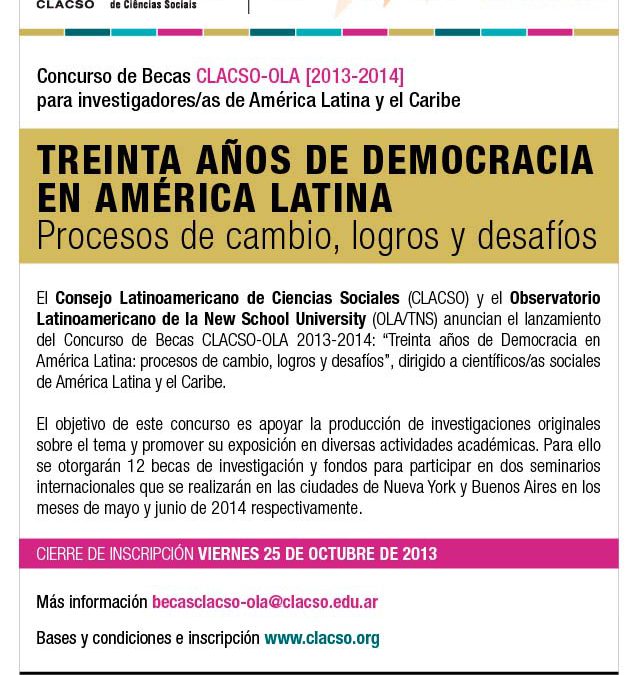 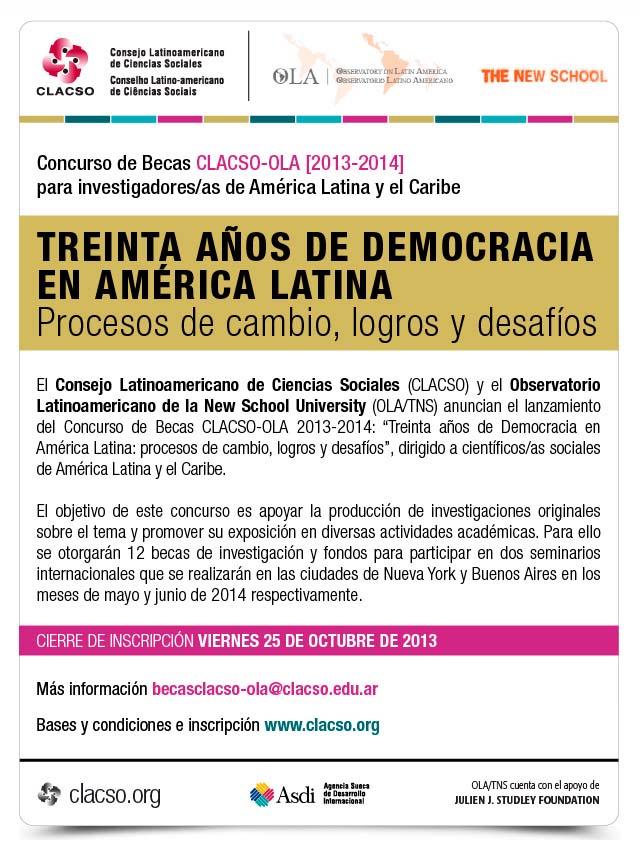 The Latin American Council of Social Sciences (CLACSO) and the New School’s Observatory on Latin America (OLA/TNS) announce the launching of the CLACSO-OLA 2013-2014 scholarship competition: “Thirty years of democracy in Latin America: change processes, achievements and challenges” addressed to social scientists from Latin America and the Caribbean.

The aim of this competition is to support the development of original researches on the issue and to encourage their exposure through diverse academic activities. 12 research scholarships and funding to participate in two international seminars that will take place in New York and Buenos Aires, in May and June 2014 respectively, will be granted.

With the support from the Swedish International Development Cooperation Agency (SIDA).
OLA/TNS counts with the support of the JULIEN J. STUDLEY FOUNDATION .