President Correa Introduced Yasuní-ITT, his environmental campaign, at the OLA 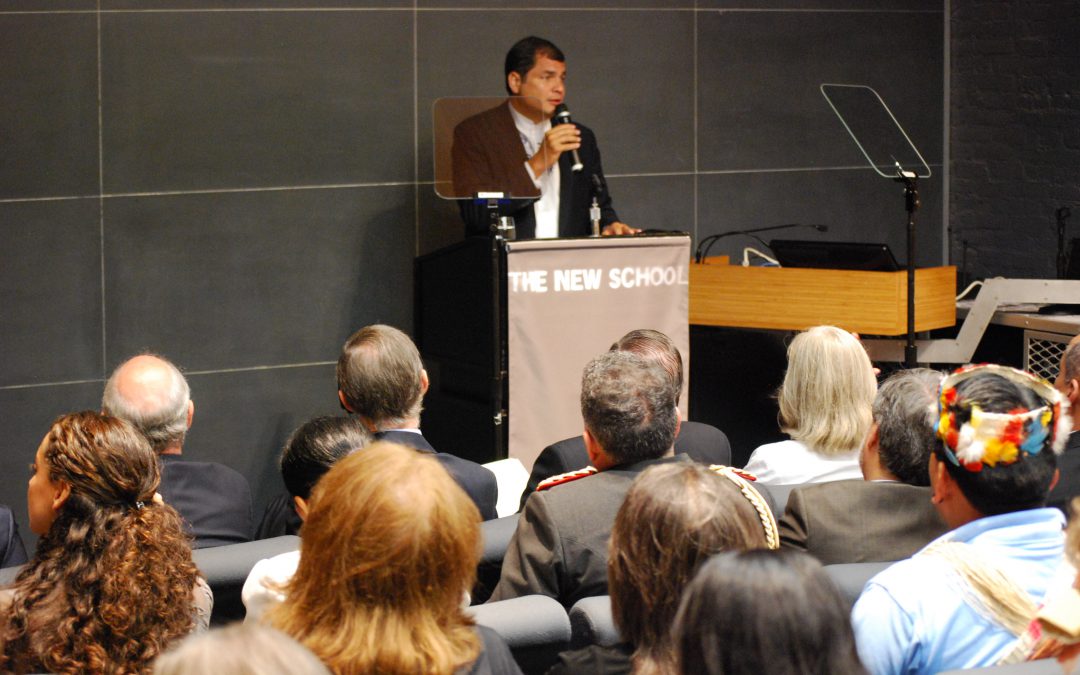 The president of Ecuador, Rafael Correa, gave a public lecture at the New School for Public Engagement on Friday, September 23, 2011 titled, “A Concrete Alternative From Ecuador in the Midst of Climate Rhetoric: Yasuní-ITT.” The Yasuní National Forest is located in the eastern most region of Ecuador’s biodiversity-rich Amazon Rainforest and is also a known reservoir for about 20 per cent, or 840 million barrels, of Ecuador’s oil, valued at over USD$6 billion. The Yasuní-ITT initiative (Yasuní Ishpingo-Tambococha-Tiputini) aims to collect USD$100 million from the global community by the end of December 2011 and USD$3.6 billion over a 13 year period in order to forego drilling for oil indefinitely.