Event summary · Book launch · Transgressive Citizenship and the Struggle for Social Justice: The Right to the City in São Paulo 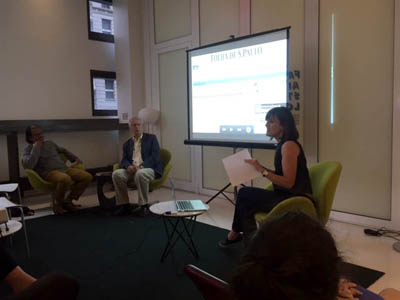 On October 5th, 2017 the Observatory on Latin America at The New School hosted the launch of Lucy Earle’s book: Transgressive Citizenship and the Struggle for Social Justice: The Right to the City in São Paulo, published by Palmgrave Macmillan. The presentation took place at The New School’s Faculty Lounge before an audience of students, faculty, and general public. Mrs. Earle’s talk was introduced by Michael Cohen, OLA Director and Professor International Affairs at The New School. Mr. Cohen praised the book’s contribution to the literature on both social movements and urban development, specifically her critique of Holston’s ‘insurgent citizenship’ concept. Nidhi Srinivas, Chair and Associate Professor of the Non-Profit Management graduate program offered thought-provoking comments and asked about the broader applicability of her insights on social justice to Rio de Janeiro’s environment. 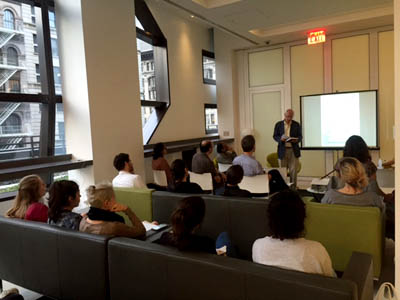 Mrs. Earle gave insights on the process of converting part of her doctoral dissertation research into this monograph. She also explained her ethnographic work with local movements that plan highly-organized occupations of abandoned buildings in São Paulo. The audience raised a broad range of questions, including one on her experience with 2016 United Nations’ New Urban Agenda, where her role as academic of the Right to the City, was in opposition with what her role as a government diplomat.