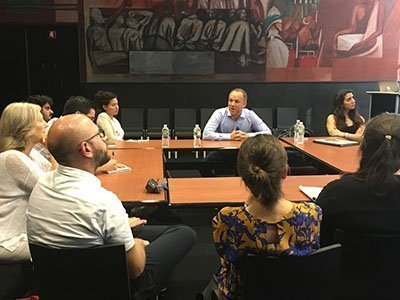 On September 25th, 2017 the Observatory on Latin America at The New School hosted Diego Fernández, Secretary of Urban and Social Integration Secretariat of the Government of the City of Buenos Aires, Argentina, who spoke to an audience of students, faculty, and general public. Fernandez’ talk took place at The New School’s iconic Orozco room and was introduced by Margarita Gutman, OLA Co-director and Professor of Urban Studies and International Affairs at The New School. Mr. Fernandez, accompanied by his assistant María Belén Barreto presented the city’s ambitious upgrading effort of Villa 31, the second largest slum in Buenos Aires, and the most densely populated area in Argentina. 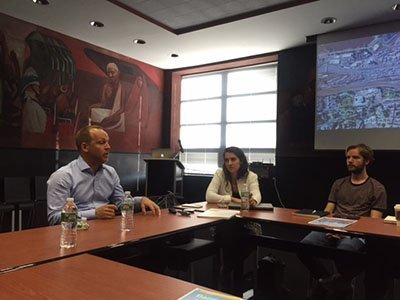 Under the lead of the Secretariat of Social and Urban Integration, the objective of this government and World Bank funded project is to integrate the neighborhood into the city by providing housing, infrastructure, education and vocational programs, public spaces, property titles, and thus reduce the stigma of the neighborhood. As part of this upgrading effort the Secretariat will promote the construction of 1,300 new housing units, an educational cluster with three educational institutions and offices employing more than two thousand people, and an elevated park on section of the Illia highway. 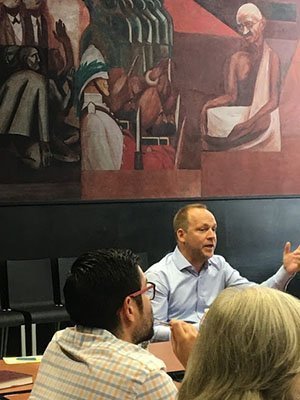