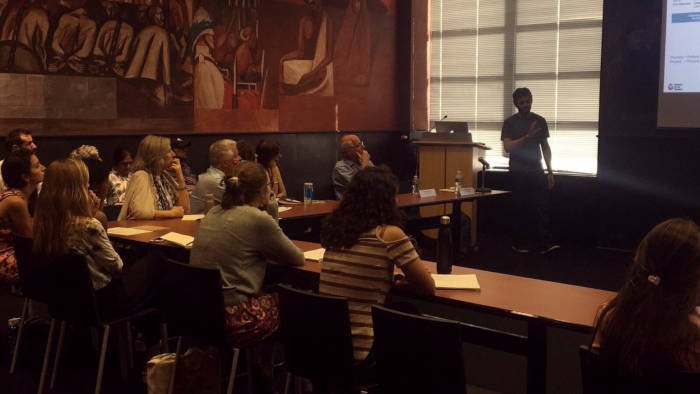 On September 4, 2018, the Observatory on Latin America of the Studley Program in International Affairs at The New School, hosted Juan Maquieyra, President of the Housing Institute of the City of Buenos Aires (Instituto de Vivienda, IVC) who spoke to an audience of students, faculty, and general public. Maquieyra‘s talk took place in the iconic Orozco room and was introduced by Michael Cohen, Director of the OLA and Global Urban Futures Project, and professor of the Studley Graduate Program in International Affairs. 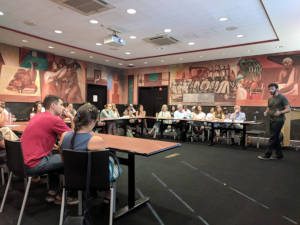 Maquieyra opened the presentation with an overview of the city’s housing challenges. He explained that over 300,000 residents are living in substandard conditions, and half of the city’s households are financially overburdened. IVC’s main objective in addressing these challenges is to provide affordable and adequate housing for citizens of all income groups. To reach this goal the IVC has implemented a three-pronged strategy which consists of: improving the housing market by making rent affordable and easy to finance for home ownership; a participatory slum upgrading process; and the maintenance and formalization of home-ownership in public housing units.

Maquieyra also explained that while housing is at the center of the slum upgrading program, the program also addresses other needs such as education, health, employment, public safety, and social diversity. The IVC focuses on how participation can aid neighborhood, socio-economic, and urban integration. “Upgrading is useless without integration” Maquieyra argued: “We want residents to be the subjects rather than the objects of the slum upgrading policy”. 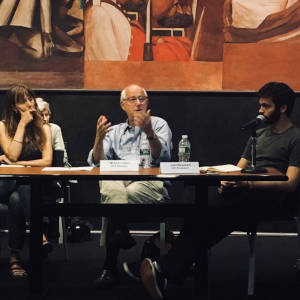 The focus of the talk was the work in the neighborhood called Villa 20. The first task was the creation of a participatory management roundtable (mesa de gestión participativa) where some 35 representatives have a seat and vote on every decision. A key task was the holding of a census, with which the institution sought to “put a face to each house in the Villa”. The IVC led multiple meetings in each block where community members were asked to propose and vote on various proposals with various options. “This is deep but also broad participation because we build the options with them, in order for them to decide” Maquierya explained.

Residents were surprised with this openness from a local government agency, when after the moving to the new houses started: “for the first time the sound of a hammer did not mean eviction,” he emphasized. In fact, IVC is committed to work with these organizations despite their anti-government stance. Maquieyra concluded the talk with reflections on the importance of teamwork and horizontal and transparent organizational management as a goal within the IVC.

After the talk, many members of the audience posed questions on slum rehabilitation, incentives for people to formalize their housing, the balance between neighborhood upgrading and unintended gentrification, and also the replicability and scalability of the IVC’s projects in other cities.

This program is supported by the JULIEN J. STUDLEY FOUNDATION
Tags: Event Summary