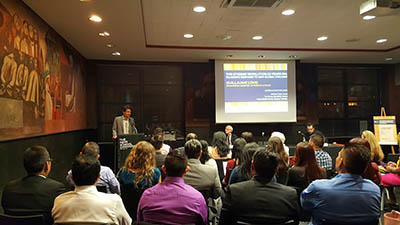 On September 20th, 2016, Ecuadorian Minister of Foreign Affairs and Human Mobility gave a Conference at The New School’s iconic Orozco Room about “The Citizens’ Revolution: Ecuador’s Response to New Global Challenges.” Michael Cohen, Director of the Observatory on Latina America and Professor of International Affairs at The New School, offered welcoming remarks to a packed auditory. Present at the event was the Ambassador to the United Nations of Ecuador, as well as a diverse audience of faculty and students from universities across New York City. 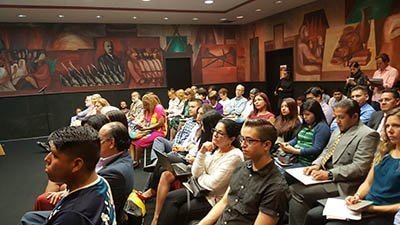 Minister Guillaume Long focused the talk on the changes that Ecuador has experienced in the past decade, calling them a Citizens’ Revolution due to their re-foundational characteristic. The changes Ecuador has seen, have been undoubtedly a process of redistribution, which brings to the table the debate over how much these changes are counter-hegemonic. He described how neoliberalism is always problematic, but it is especially in the Latin America case; the latter makes the Citizens’ Revolution even more transcendent as it has transformed the institutions and made them accessible to the public in addition to engaging in power devolution to local governments. He emphasized, however, that this renewed access to the institutions and power distribution should not be confused with populism. He mentioned that in Ecuador wouldn’t have enjoyed as much as it did its oil and commodities boom if it hadn’t transformed the institutions. 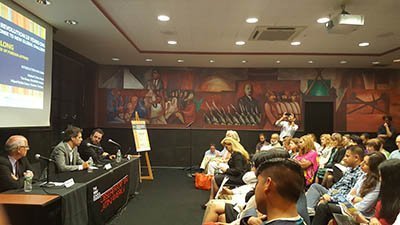 All these changes make a case for a modern social contract; changes that should not be assumed as socialism, yet it is an advance over neoliberalism. Lastly, the question that he once again reflected on was how much has Ecuador risen its claims as a counter-hegemonic country? Indeed, Long mentions, within the state and its institutions, revolutionary concepts are pushed forward. He finished saying “History is not only what you see, but what didn’t happen.”