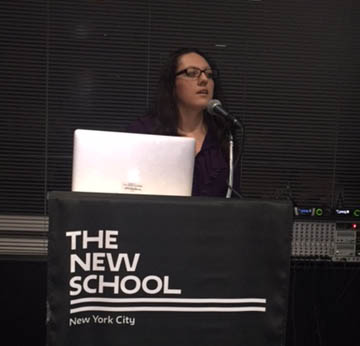 As an awardee of the President Nestor Kirchner (PNK) Fellowship sponsored by the Observatory on Latin America (OLA) and the Universidad Nacional de San Martín (UNSAM) in Argentina, Isabella Esquivel Ventura, from Mexico, successfully completed a two-week academic exchange at The New School in New York.

Isabella Esquivel holds a BA in International Relations from the National Autonomous University of Mexico (UNAM) and an MA in Public Policy and Gender from the Latin American Social Science Institute (FLACSO). She currently works as the Executive Director of Organizational Architecture in the Government of Mexico City.

As part of her activities Isabella presented her work on a closed–door Seminar for a diverse audience of New School’s Faculty and students. In addition, and key to the activities of the Fellowship, she met individually with academics and practitioners in her field, and presented a Public Lecture in the Orozco room of The New School to a New York wide audience.

The seminars are an essential activity to the Fellows, as it gives them the opportunity to receive feedback on their research, as well as on the clarity and structure of the presentation. This session gives the Fellows new challenges as it is their first encounter with the process of re-thinking about presenting and introducing their research into a new context. 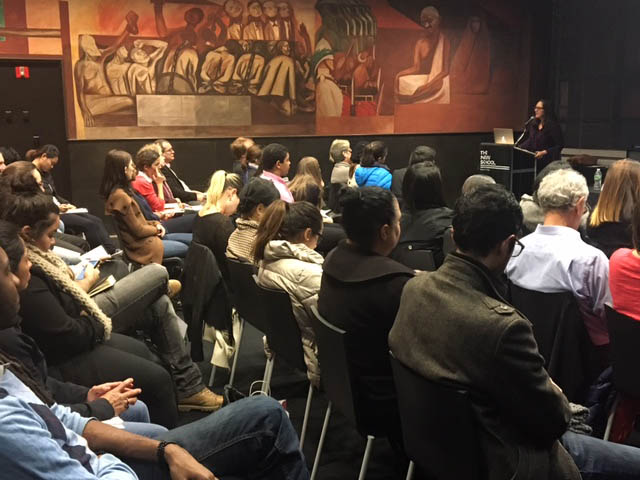 During the seminar, Isabella’s research received great feedback for her critique on the conceptual frameworks predominating among different policies and laws designed for preventing violence against women in Mexico. 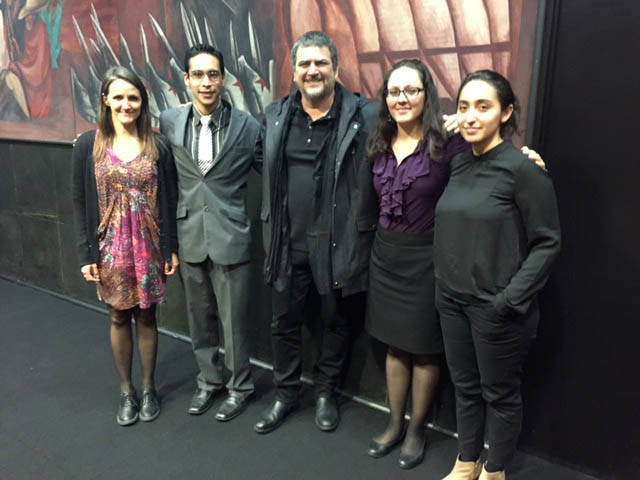 Isabella spent most of her time meeting with experts in the fields of gender, urban and global studies. This allowed her to expand her network in the academia and the field and, most importantly it provided her with a different inter-disciplinary perspective on her own topic. Isabella was able to introduce also the contributions she has made on diversifying the current conceptual configurations in policy practice and legal frameworks, proving the importance of her work in combining academic work with public engagement.

Isabella also had the opportunity to attend New School’s Professor Geeti Das class on Global Gender and Sexuality, and to give a brief talk about her research to the students from the class.

In addition, she also had individual meetings with Professors of the School if International and Public Affairs (SIPA) in the University of Columbia, Sarah Kovner and Yasmine Ergas and with Judith A. Ryder from the Center for Community and Urban Health at St. Johns University, City University of New York (CUNY).

The culmination of her visit was her presentation during the Fall 2016 Public Lecture titled “Fighting for Social Justice in Latin America”, which took place on November 16th 2016 at the famous Orozco Room at The New School. She was introduced by the Political Affairs Attaché of the Mexican Consulate in NY. For more information about the public lecture, the presentation and comments click here.

+ What is it like to be a President Néstor Kirchner Fellow?, by Isabella Esquivel Ventura