Book presentation: Argentina’s Economic Growth and Recovery: The Economy in a Time of Default, by Michael Cohen 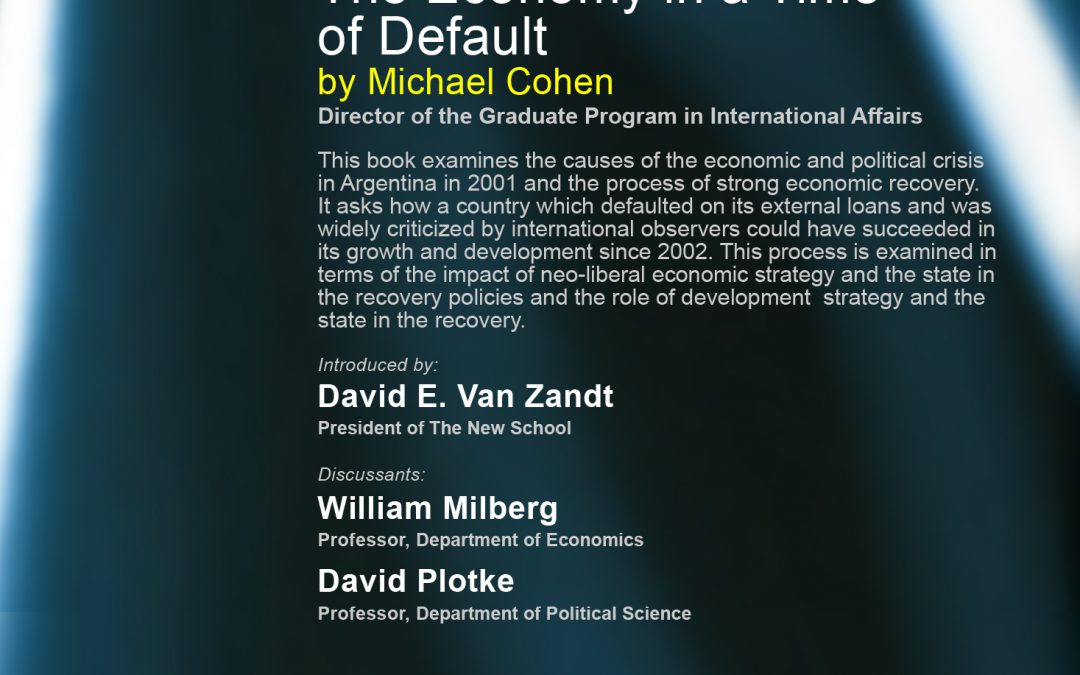 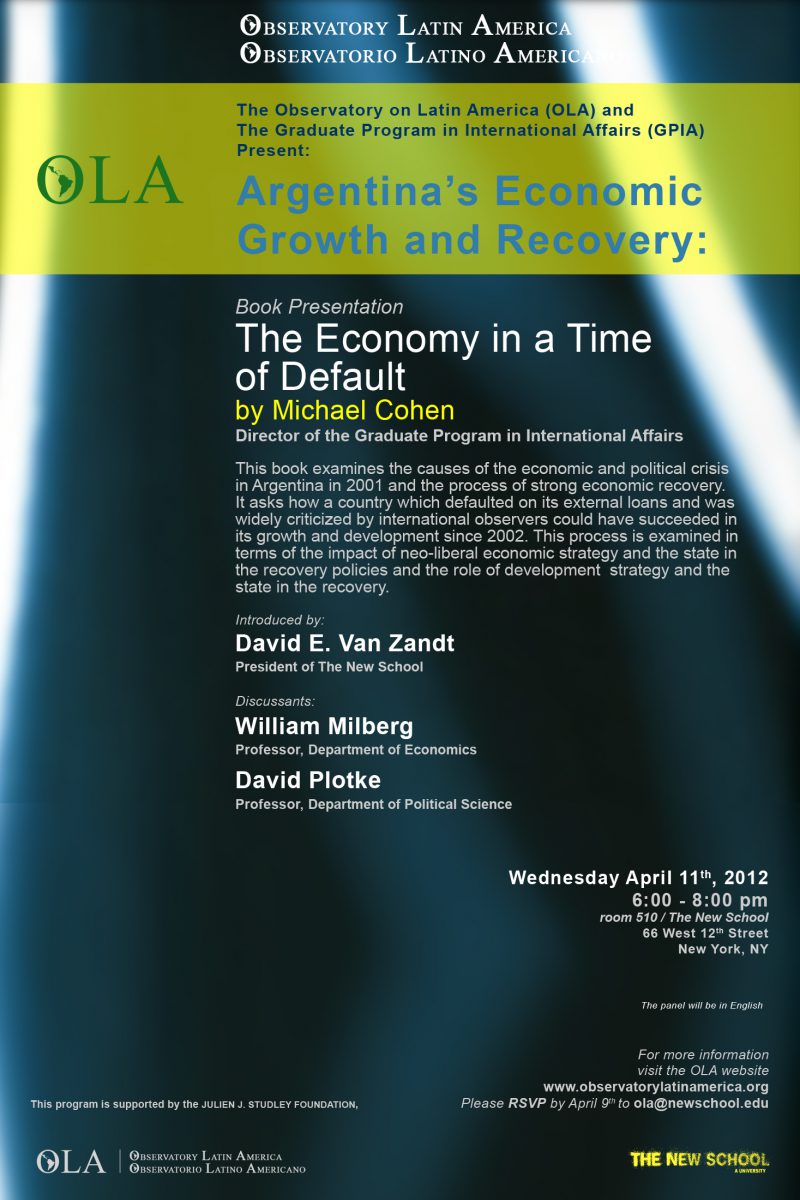 This book examines the causes of the economic and political crisis in Argentina in 2001 and the process of strong economic recovery. It poses the question of how a country that defaulted on its external loans and was widely criticized by international observers could have succeeded in its growth and development despite this decision in 2002. It examines this process in terms of the impact of neo-liberal policies on the economy and the role of development strategy and the state in recovering from the crisis.

The book places the Argentina case in the theoretical framework of neoliberalism and state performance. It examines the origins of the crisis in the 1990s, the crisis and political collapse itself, and the efforts to overcome immediate poverty and social disruption in 2002. It then reviews the record of the government of the late President Néstor Kirchner from 2003 and 2007 and the efforts of the government of President Cristina Fernández de Kirchner to continue reform and recovery despite the coming of the global financial crisis of 2008. The book identifies four key strategic choices, which help to explain Argentina’s success:

These four choices have defined Argentina’s strategy since 2003. They are also useful for other developing countries and for the international community to consider in other crises, including the current global economic crisis, Greece, Ireland, and Spain, as well as the need for reform of the conventional advice of the International Monetary Fund (IMF) and the World Bank.

Michael Cohen is the Director of the Graduate Program in International Affairs (GPIA) of the New School, a multi-disciplinary Master’s degree program focused on developing countries. Started in 2001, the GPIA currently has 400 graduate students from 62 countries, offers 75 courses each semester in subjects related to poverty and inequality, economic management, cities and urbanization, governance and human rights, and conflict and security. In its tenth year, the GPIA has already graduated 550 students who are working in development organizations around the world. Cohen is also the OLA Director.

Argentina’s Economic Growth and Recovery: The Economy in a Time of Default was published by Routledge.

+ Download the program of this event: cover and inside

+ Read William Milberg’s review of Argentina’s Economic Growth and Recovery by Michael Cohen. Milberg is Professor and Chair of the Department of Economics at The New School for Social Research.