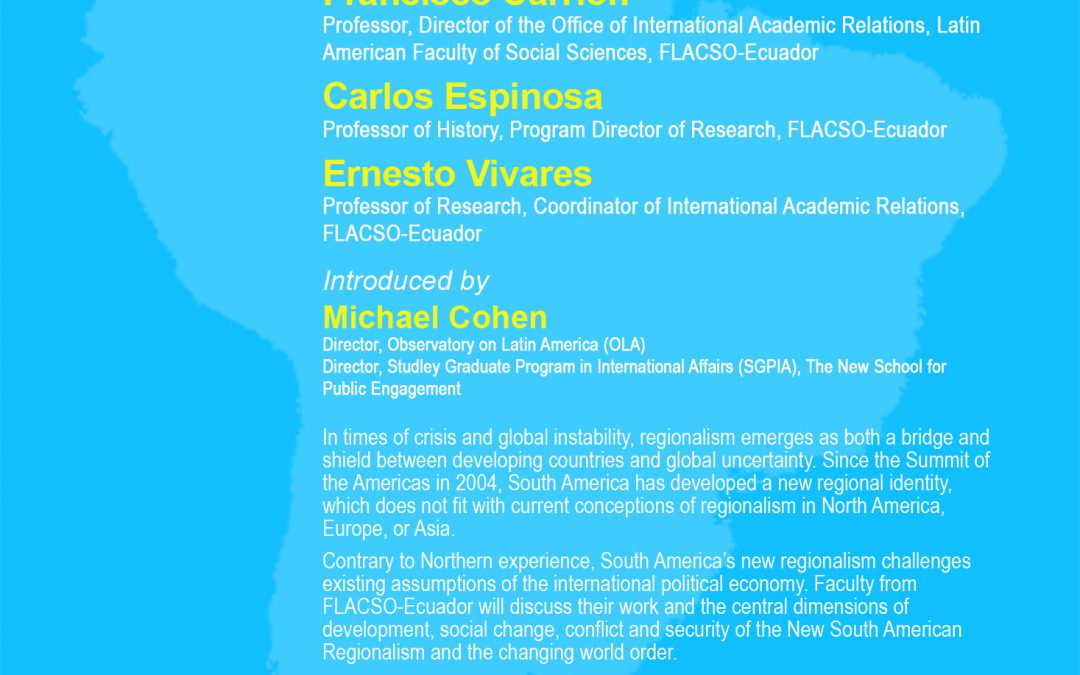 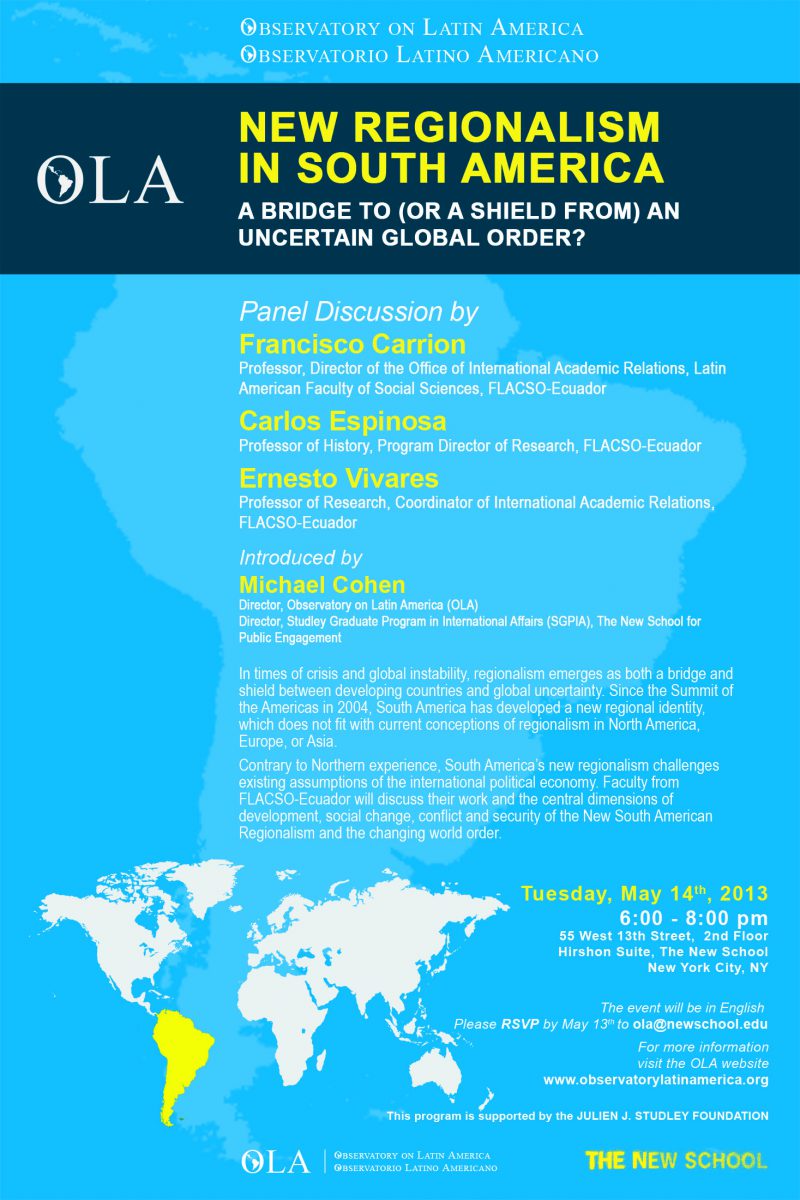 NEW REGIONALISM IN SOUTH AMERICA
A Bridge to (or a Shield from) an Uncertain Global Order?

In times of crisis and global instability, regionalism emerges as both a bridge and shield between developing countries and global uncertainty. Since the Summit of the Americas in 2004, South America has developed a new regional identity, which does not fit with current conceptions of regionalism in North America, Europe, or Asia.