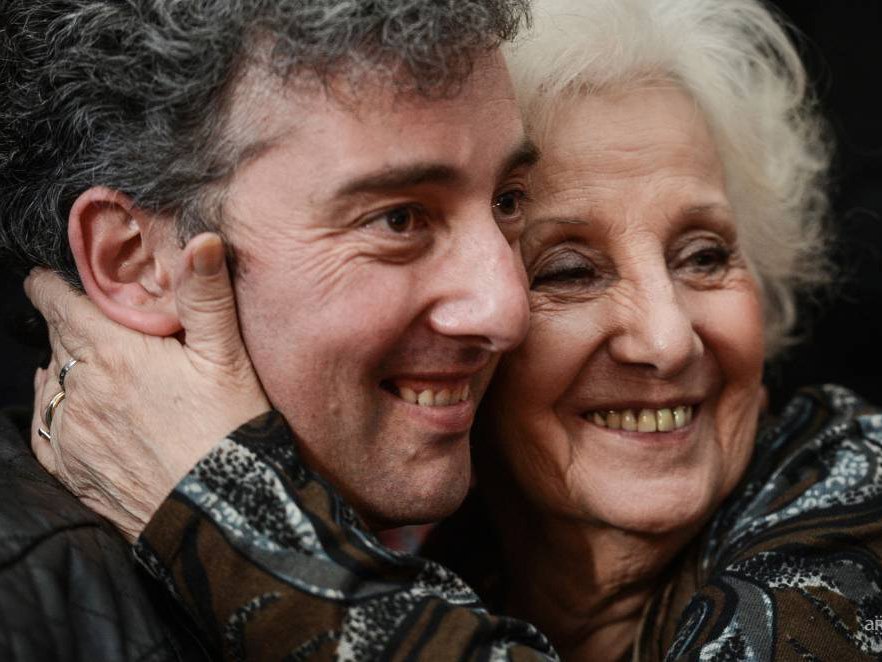 The Observatory on Latin America is delighted to share the news of the discovery of the grandson of Estela de Carlotto, President of the Grandmothers of the Plaza de Mayo, and a friend of The New School and the OLA.

The University has been very fortunate to have had visits by Estela and the Grandmothers’ Vice-President, Rosa de Roisenblit, on several occasions, including at the 2005 Commencement at Madison Square Garden where they were given the University in Exile Award of The New School for their outstanding human rights work in seeking to find children who had been born during their mothers’ imprisonment during the military dictatorship from 1976 to 1983.

These children – estimated to be about 500 – had been kidnapped by the military and given mostly to military families where they had grown up with other identities. While 113 of these children have been discovered, one who had not was the grandson of Estela de Carlotto. Yesterday, number 114 was definitely confirmed through DNA tests as Guido Carlotto who had grown up with another identity in a town in the Province of Buenos Aires where he is a musician and married.

In addition to coming to The New School to meet students and faculty on several occasions, Estela also was a member of the Advisory Group of the Observatory on Latin America, chaired by now Argentine President Cristina Fernandez de Kirchner, and actively participated in meetings. She has been a source of inspiration to many people for more than 30 years. It is truly wonderful that her search for her grandson has resulted in yesterday’s discovery. The search for other missing children continues.