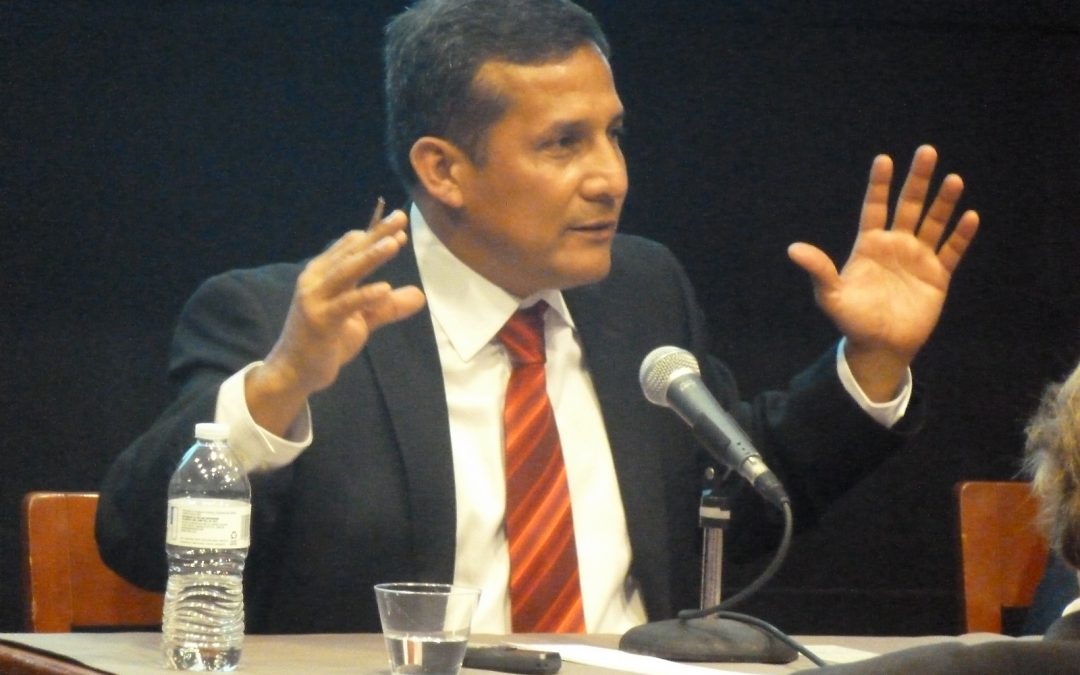 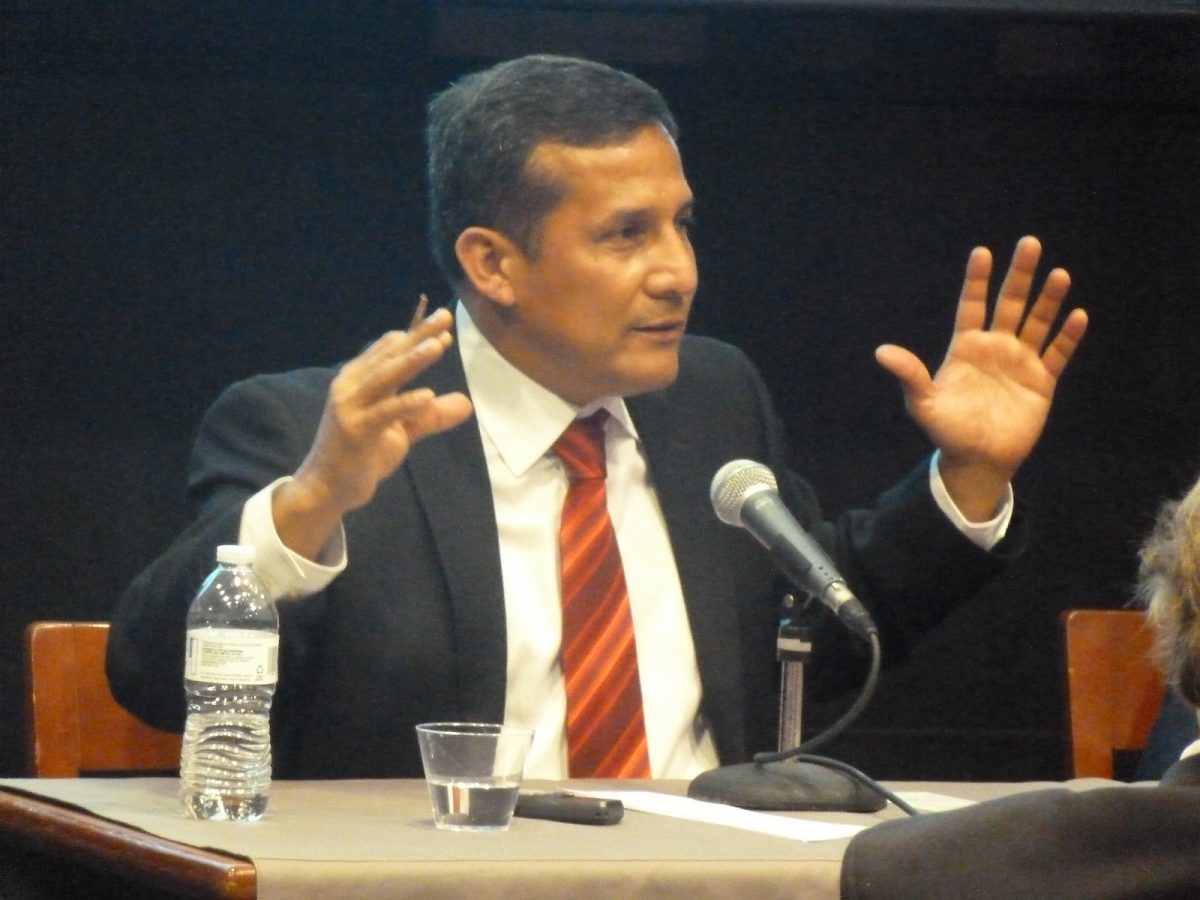 The Observatory on Latin America organized a public lecture by Mr. Ollanta Humala Tasso, presidential candidate in the upcoming 2011 Peruvian elections. Ollanta Humala Tasso is Lieutenant Colonel (r) of the Peruvian Army and founding president of Partido Nacionalista Peruano. In the 2006 presidential campaign, Humala lost the election by less than two percent of the votes to now President Alan García Pérez. In the public lecture, Humala stressed the importance of Peru forging a nationalist identity as well as the role of the state in preparing all Peruvians, through the provision of health care, education, and jobs, to enter a globalized, competitive market.

Humala discussed his experience as a political candidate as well as his time in the military. He described the importance and necessity of leaders to fight for human rights in Peru and in so doing to focus on policies which would strengthen the opportunities for education, health, and the creation of jobs (new opportunities for the work force). Humala said that the political class had become disconnected from the general public during and directly after the Fujimori regime. It was during this time, Humala said, “I began working with a small group of nationalists”. These nationalists, he said, were not of the same vein as those in Europe during World War II; rather, nationalism in Peru is connected with having “one vision for one democratic country”. Humala suggests that Peru is evolving differently from other countries in the West because, “We continue to live a colonial existence. Peru is not prepared to insert itself in the international process”. The diverse landscape of Peru has led to a fractured delivery of services to some Peruvians depending on where they live. This has only worsened the sense of a Peruvian identity. Humala cited a personal example of working in a region bordering Bolivia where Peruvian Quechua and Bolivia Quechua has stronger relations than Peruvian Quechua with the rest of Peru. He described it thus, “nationalities are stronger than administrative divisions”. Peru, he insisted, needs to forge a plan of stronger regional integration.

His proposal for Peruvian Natural Resources

Drawing from this line of thought, of strengthening and creating a more independent Peru, Humala went on to say that “Politics has to do with sovereignty. Peru doesn’t have control over its own natural resources, so we propose that the government must be the one to control its natural resources”. He implied that liberalization policies over natural resources have led to a Peruvian state that resembles a colonial state. As part of this, Humala said that he would propose plans in which the people are more directly connected to the markets as well as improve the investments in the country. “We have to change and improve investment in the country in the most far away regions, not just in the coast, but in the mountains and the jungle”. Humala said that policies for strengthening education, health, pension, and access to the market are important responsibilities of the state and only with this strengthening will Peru come out ahead. One of the policies which Humala spoke of implementing is strategically assigning the role of the state, “Some say there are services that can be provided by private business. The ideology of business is maximum efficiency. The government does not have this model; its model is to serve the public”. Therefore, Humala said, some services could be better provided by the private sector and the government could focus more fully on serving the public in the sectors in which it is strongest and can have the most impact. The government, however, has an important role in breaking monopolies.

While acknowledging the importance of ancient Peruvian cultures and knowledge, he stressed that Peru had to find a way to modernize while still maintain their cultural heritage. Modernization has to come through inclusion of citizens in access to health, education, pension, jobs, and the market. At the end of his discussion, Humala returned to the importance of nationalism for Peru. “All the knowledge of the Incas has been suppressed. It seems as though all the knowledge now comes from the West. For this reason we are nationalists. We need to recuperate our knowledge and find a way to insert ourselves in the process of globalization [in our own way].”