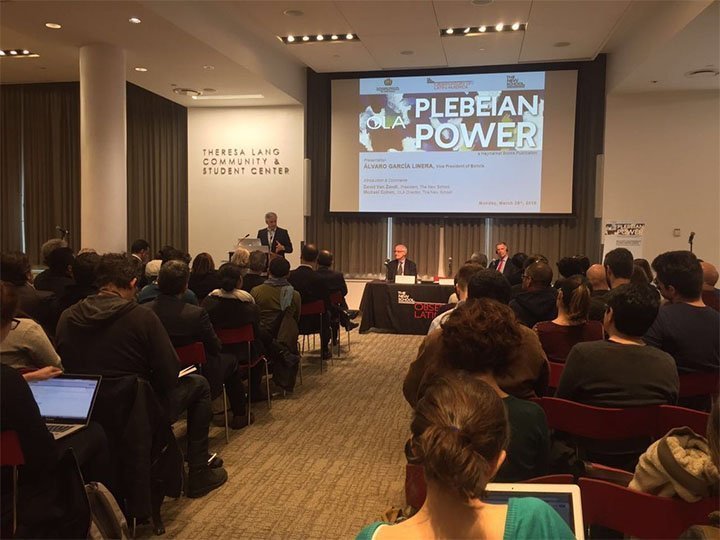 On March 28th 2016 Bolivian Vice President Alvaro Garcia Linera gave a lecture at The New School’s Theresa Lang Student Center about his book “Plebeian Power: Collective Action and Indigenous, Working Class, and Popular Identities in Bolivia” (published in English by Haymarket Books, 20xx, and in Spanish by Siglo del Hombre Editores and the Consejo Latinoamericano de Ciencias Sociales -CLACSO). David Van Zandt, President of The New School and Michael Cohen Director of The Observatory on Latin America and professor of International Affairs at The New School offered welcoming remarks to an audience of around 200 people. Present at the event were the Ambassadors to the United Nations of Brazil, Ecuador, Bolivia, Peru, and a representative from the Organization of American States (OAS).

Following closely the book’s structure, Álvaro García Linera focused the talk on his intellectual trajectory, more than on his executive role as Evo Morales’s Vice President. Garcia Linera exposed his “four theses on The Communist Manifesto’s historical actuality” and explained the historical cycles (1825–1999) in the formation of the Bolivian labour movement as they sprang from the mining working class. He then described “the death of the XX century working-class condition” which lead to the emergence of the indigenous movement rooted in a “communal narrative” that displaced the colonial one. Garcia Linera emphasized the nature of Bolivian “Plurinational State” as being home of 36 different nations or “indigenous autonomies” with 32 distinct languages. For the author, this community of voices and social movement structures gives shape to the unique forms of political autonomy in Bolivia. Near the end of his talk Garcia Linera reflected on the continuities and disparity between two revolutionary rationales Indianism and Marxism. 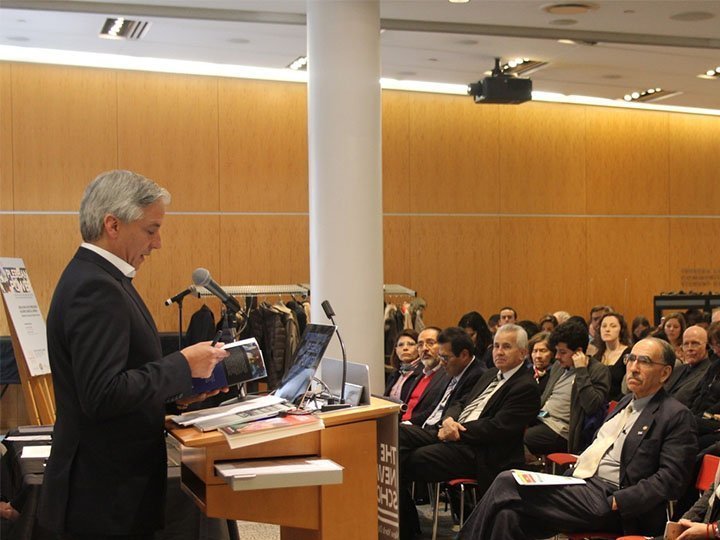 + Information on the book