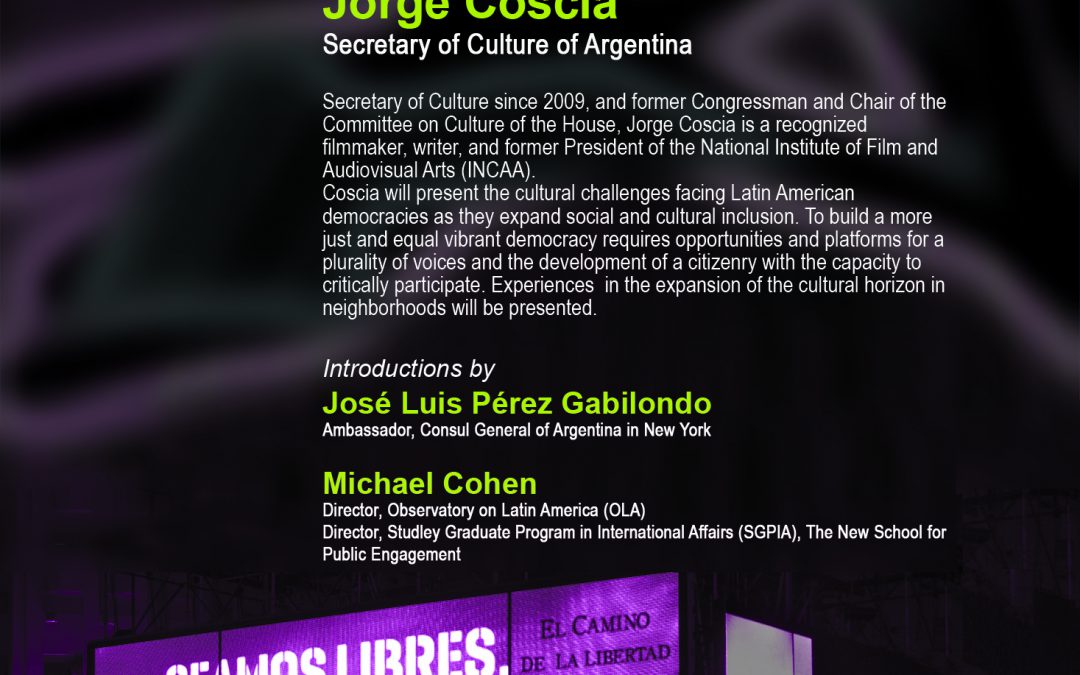 The OLA regrets to inform you that the presentation by Jorge Coscia, Secretary of Culture of Argentina, scheduled for October 2, 2013, at 6pm at The New School has been cancelled due to the cancellation of the Secretary’s trip to the United States. We look forward to a future visit of Secretary Coscia to The New School.

“The Role and Challenges of Culture in a Latin American Democracy”

Public Conversation with
Jorge Coscia
Secretary of Culture of Argentina 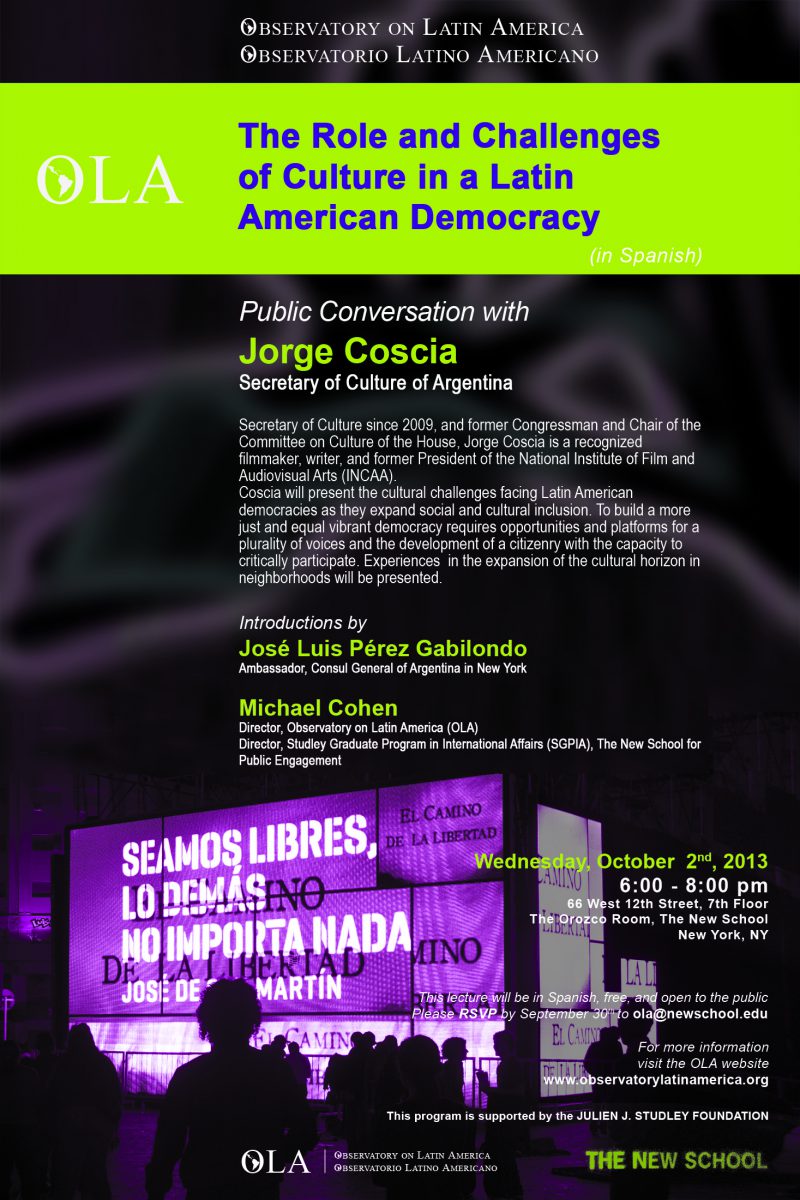 Secretary of Culture since 2009, and former Congressman and Chair of the Committee on Culture of the House, Jorge Coscia is a recognized filmmaker, writer, and former President of the National Institute of Film and Audiovisual Arts (INCAA).
Coscia will present the cultural challenges facing Latin American democracies as they expand social and cultural inclusion. To build a more just and equal vibrant democracy requires opportunities and platforms for a plurality of voices and the development of a citizenry with the capacity to critically participate. Experiences in the expansion of the cultural horizon in neighborhoods will be presented.

This lecture will be in Spanish, free, and open to the public
RSVP by September 30th to ola@newschool.edu
Please arrive in time to ensure you get a seat