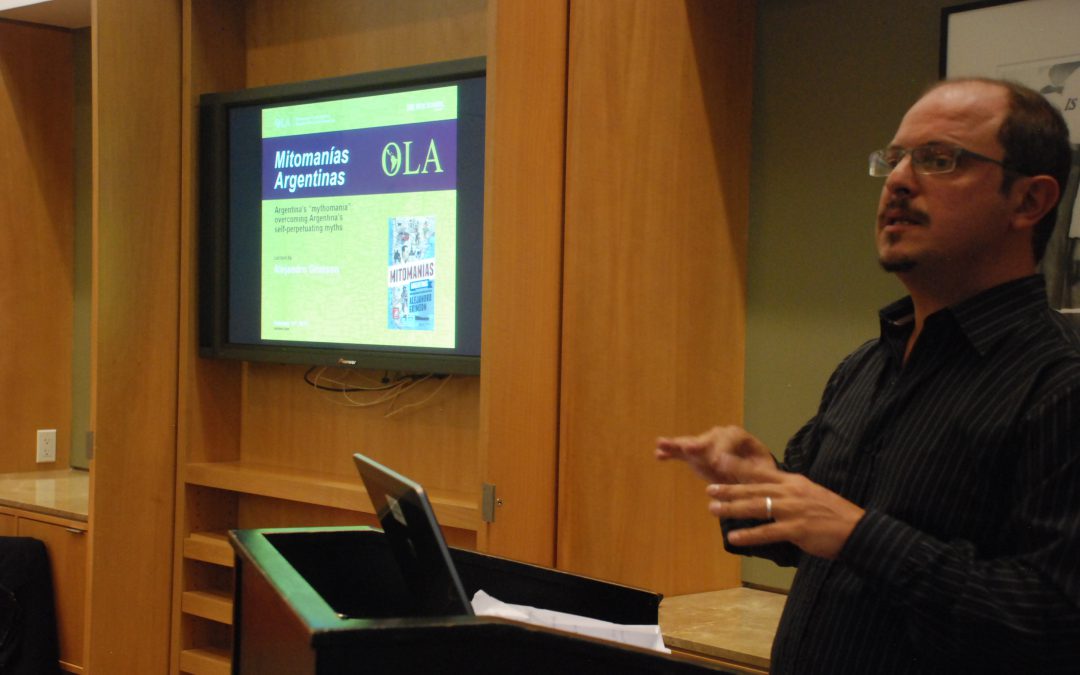 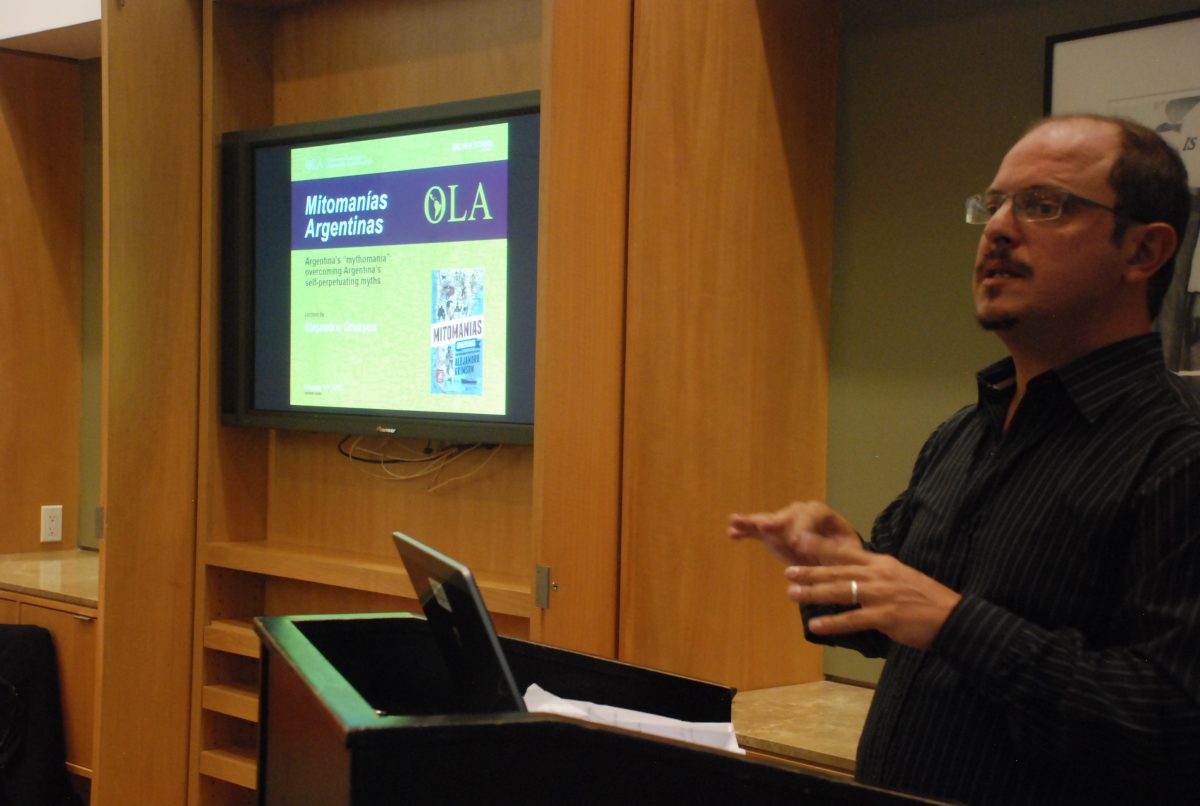 Alejandro Grimson, PhD Anthropology and Dean of the Instituto de Altos Estudios Sociales (IDAES) at the Universidad Nacional de San Martin, presented his recently published book Mitomanías Argentinas at the Observatory on Latin America, OLA/The New School on February 11th, 2013. Based on his academic research, Grimson informed and entertained a captivated audience of students, faculty, and the general public, with knowledge, humor and an eye for detail.

The lecture began with a challenging question: What is race in Latin America? What different responses does this question elicit in Europe, North America, and Latin America? From there he developed a thorough interpretation and demystification of some of the myths that are ingrained in Argentina’s daily life. He focused on the myths that impede a nuanced and reflective comprehension of the capacities and limitations of Argentines in the process of building a meaningful political and cultural dialogue. He also reviewed concepts he discussed in his book including, among others, culture versus identity. Grimson used examples from everyday life, such as interacting with a taxi driver, dealing with a delayed train, or expressing political ideas, and exposed the social and historical root causes of the myths that provoke certain behaviors that have come to be known as “Argentine”.

He concluded his lecture by looking to the future of Argentina. He made a call for Argentines to move past the dichotomies and stereotypes present in the country today and to defeat main challenges as poverty and exclusion by overcoming a long history of myths and false images perpetuated within Argentina’s borders. Grimson also fielded questions from the diverse audience on the middle class, issues of race, and the short-term outlook of political culture in Argentina.

Alejandro Grimson was introduced by Margarita Gutman who spoke to his accomplishments and the fresh perspective his book has to offer. She noted that his book is a local story of the many myths in Argentina, but his analysis gives us lessons that we can learn from in the North.

The program is generously supported by the JULIEN J. STUDLEY FOUNDATION

+Learn more about Latin America on the move