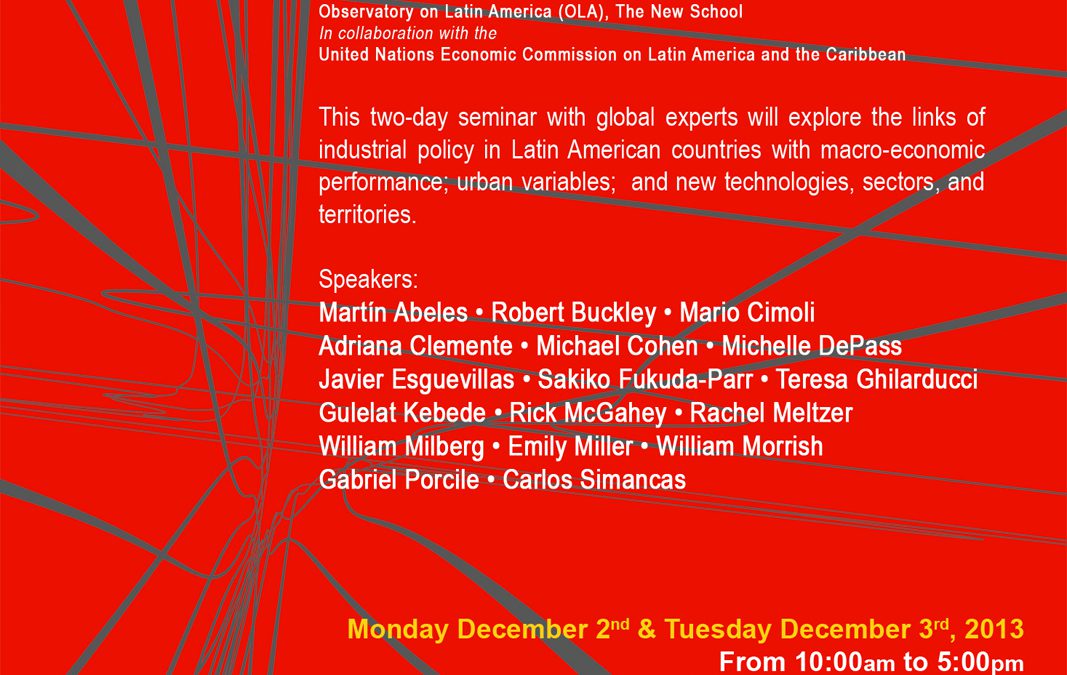 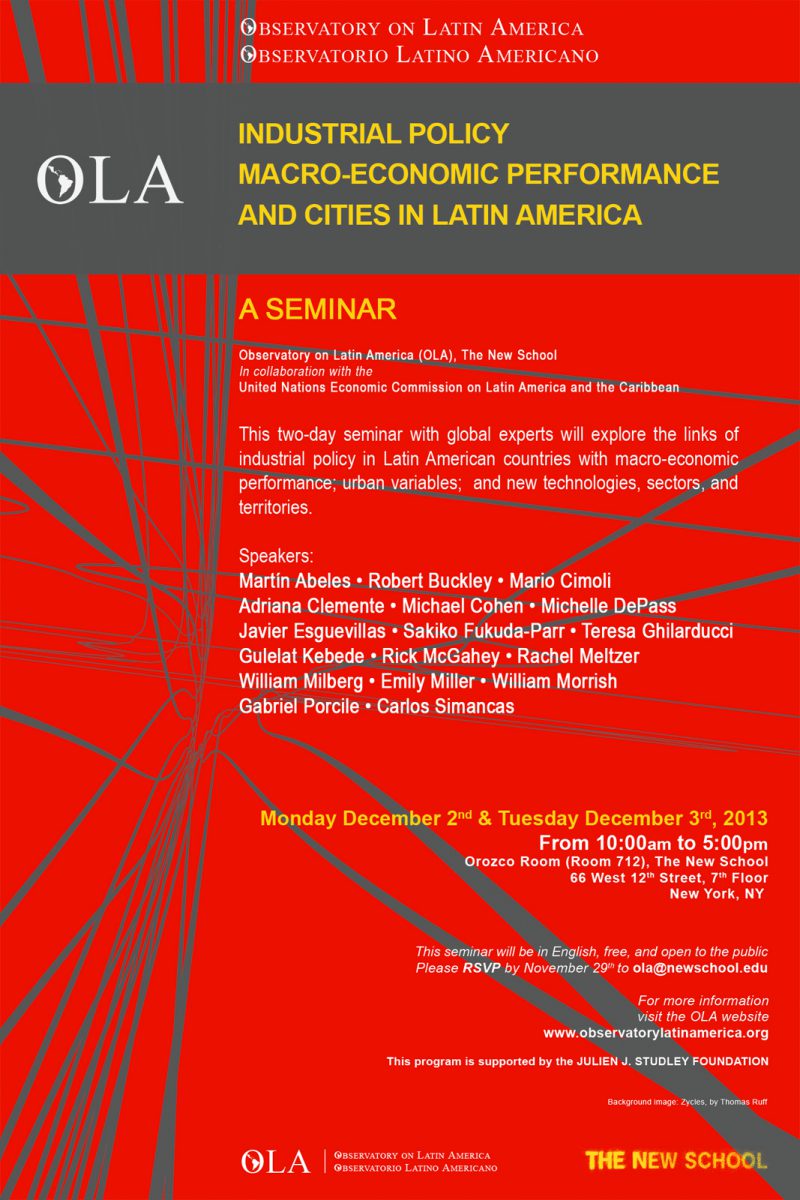 One of the features of the current debates about economic policy is the growing recognition of the need for industrial policy as a key component in development strategy. This issue has received relatively more attention in Latin America than in other regions. Progressive Latin American governments have shifted their attitudes on the role of the state in promoting and supporting efforts to increase industrial output and productivity. This is in sharp contrast to the public debates in North America or Europe where most economic policy discussions are mired in the discussion of austerity in fiscal policy and the impact of debt on long-term economic performance.

This program is supported by the JULIEN J. STUDLEY FOUNDATION
and General Consulate of Argentina in New York