State, Politics and Democracy in Latin America course has begun 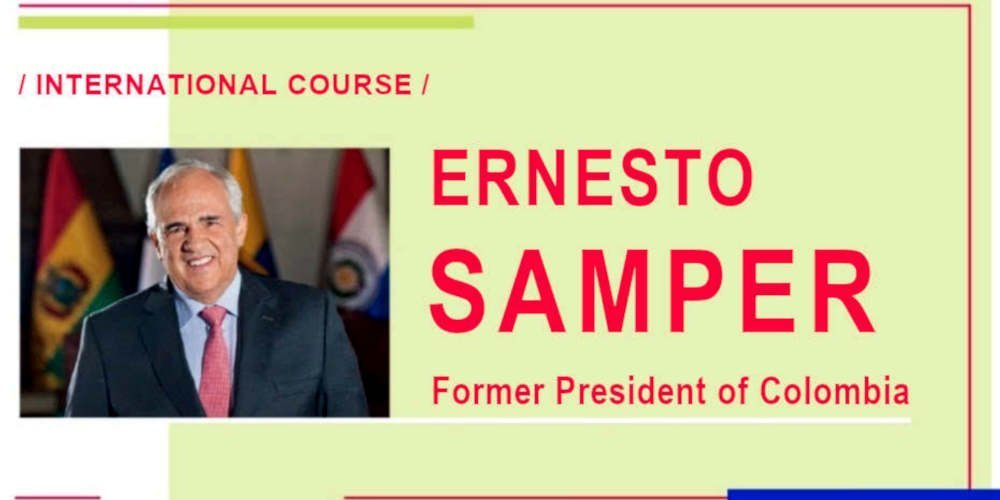 The international seminar “State, politics and democracy in Latin America” started on Monday, October 19th, with the first presentation from Colombia’s former president, Ernesto Samper. He was introduced by Brazilian jurist, professor at the Federal University of Rio de Janeiro, and coordinator of the Latin American Council for Justice and Democracy, Carol Proner. In his presentation, the former Colombian president addressed the topic of “Peace and Security in Latin America,” in which he first pointed out the achievements of the peace between the Colombian government and the Revolutionary Armed Forces of Colombia (FARC–EP) to bring an end to the Colombian conflict. He perceived it as a significant accomplishment that the Latin American region could appropriate as a political alternative to address an armed conflict. This pacification mechanism should be based on bringing truth, justice, and reparation to provide reconciliation among all parts.

Ernesto Samper also highlighted one of the main challenges needed to address in the region: citizen insecurity. Latin America is one of the most insecure regions globally, and the reason behind it goes beyond social inequality. Samper judged that the hypothesis of social inequality as the main factor in explaining insecurity is a simplistic and unfair way of reducing the issue to a kind of social victimization. According to the former president, there are other factors, such as the way that justice is understood. In Latin America, what Samper called neoliberal justice dominates the region’s judicial system. This type of justice is distinguished by negotiation, anonymous witnesses, hidden confessions, and lack of transparent procedures. Furthermore, there is a dominance of punitive justice, in which punishment is the central focus of the criminal justice system. Instead, the alternative could be the implementation of restorative justice, in which criminals are not disposable people, and they are allowed to regain their citizenship.

Got to te course webpage