The future of UNASUR was discussed by its Secretary-General, Nestor Kirchner, at The New School 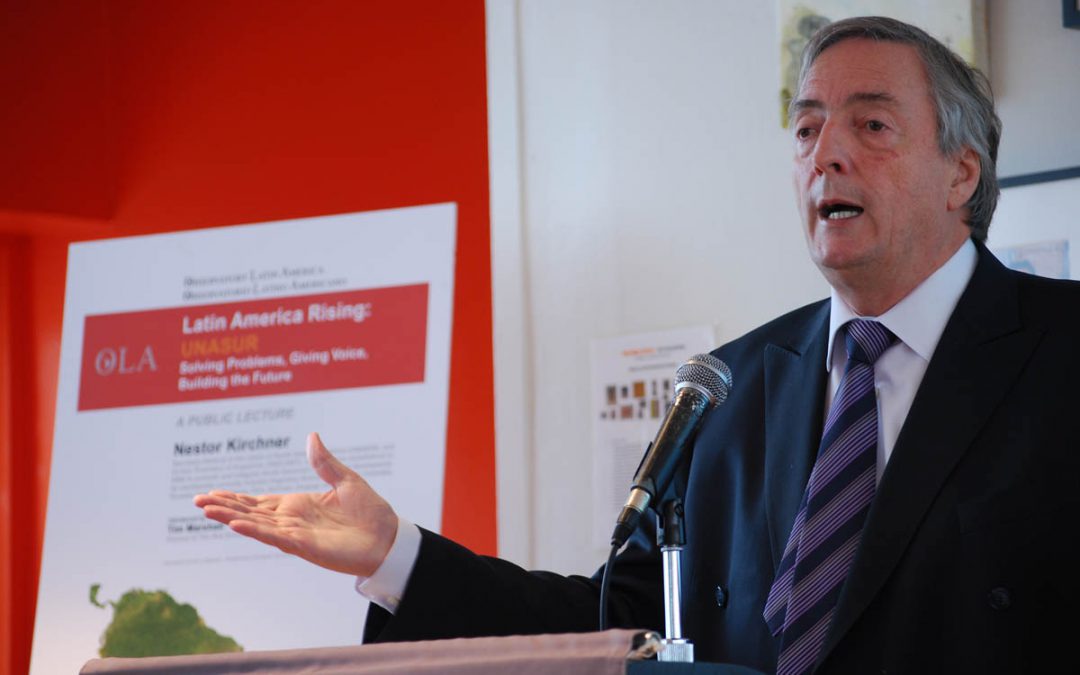 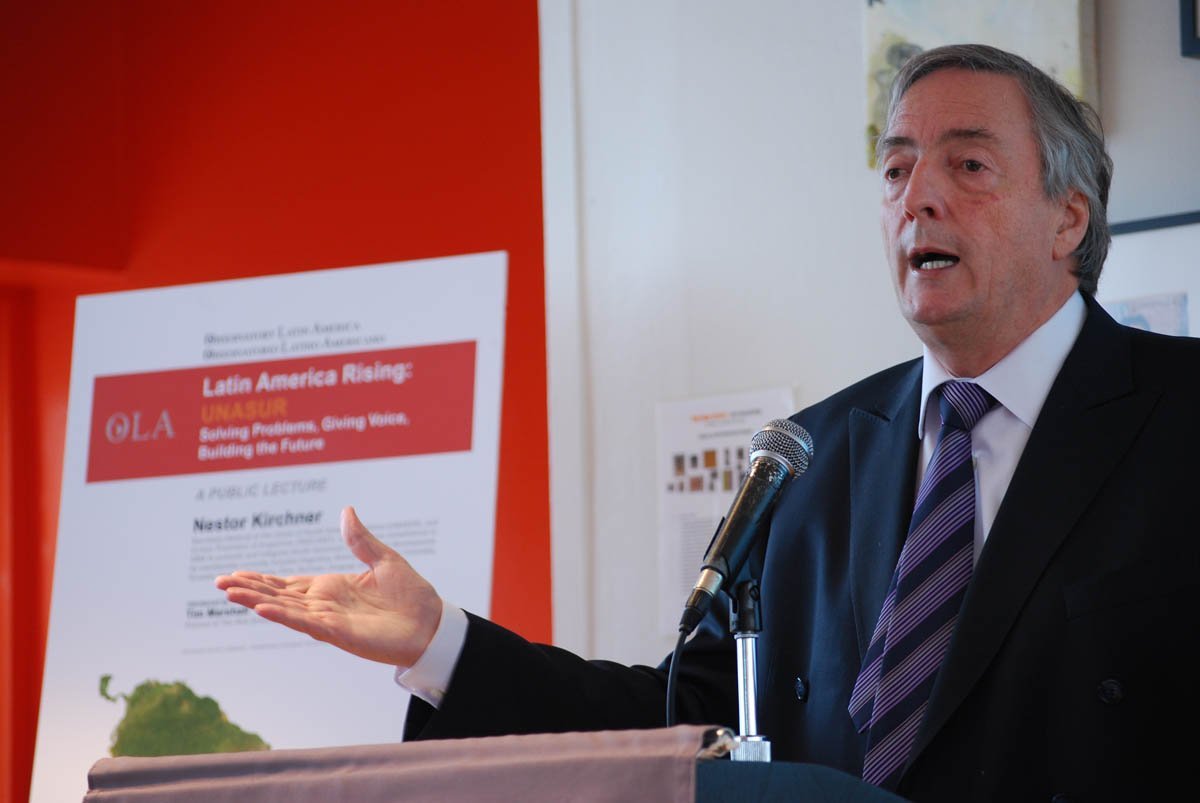 The Secretary-General of the Union of South American Nations (UNASUR) and former president of Argentina, Néstor Kirchner, gave a public lecture at the New School University to explain the policy priorities of the organization emphasizing democratic values and the need to promote integration in Latin America.

In a crowded room that included relevant international political figures, students, professors, international media and other invited guests, listened carefully to the lecture where numerous crucial issues were discussed by the former president. After briefly reviewing the most significant improvements in Argentina in relation to economic growth and the promotion of social policies since 2003, the Secretary-General focused his speech on the agenda of UNASUR.

UNASUR: the road to integration

Kirchner mentioned a few successes of the organization with optimism. Starting with the case of Bolivia in 2008, UNASUR mediated in the conflicts of the region by providing unconditional support to Bolivian President Evo Morales. Despite the prevailing differences between the various member countries of UNASUR, one of the organization’s main objectives is to harmonize the diversity of ideologies and to promote democratic values, human rights and freedom.

More recently, in July 2010, the border conflicts between Colombia and Venezuela was negotiated. Kirchner himself led the operation: “As Secretary General of UNASUR, I mediated the conflict and I must say I found from both, President Santos and President Chavez, a willingness to agree to a solution between two fraternal countries”.

Despite the successes, the Secretary-General reminded the audience that the UNASUR is currently in “a pre-foundational stage” because they are waiting on one remaining vote, the eighth, in order to, achieve the desired institutional status.

UNASUR was identified as a space where countries work with respect for democratic pluralism in an attempt to achieve a more effective level of integration. Contrary to the criticism, the organization is demonstrating that it is possible to improve coexistence between countries of the region despite the diversity of ideological beliefs, such as the new government of Sebastian Pinera in Chile that has shifted from socialism to the center right.

Kirchner explained the differences between Mercosur and UNASUR, defining the former as “a bloc for economic integration,” while UNASUR is conceived as “a bloc for political integration.” However, he explained that there is an interest for having a single parliament: “We hope that from UNASUR we can achieve the creation of a single Latin American parliament and not have three: the Mercosur, the Andean Pact and that of UNASUR.Kirchner ended his talk by noting the privileged position of UNASUR to promote good international relations with the European Union and the Arab countries.

After the lecture, the discussion was opened to the public and Kirchner responded carefully to the questions asked, many of which came from Latin American students. One of the most interesting questions posed to Kirchner was the possibility of creating a regional common currency. The Secretary-General expressed his doubts about the viability of this project mainly because of the diversity of the economic systems that exist in the bloc. The presence of different structures and political systems complicates the creation of a central bank which adds the difficulty of facing an international crisis when countries do not share the same economic systems. He referred to the problems facing the EU today.

In closing the meeting, and in response to the question posed by Professor Margarita Gutman, Director of the Bicentennial Program at the OLA, Kirchner outlined the main challenges of UNASUR in the next 3 years. With a firm tone he concisely expressed great need for further integration, consolidation of democratic principles and institutions, building observatories to ensure human rights and freedom, fight for a just redistribution of income, and, of course, help rebuild Haiti through long-term strategies.

The guests included: the Deputy Chief of Staff of the national government and advisor to the Secretary General of UNASUR, Juan Manuel Abal Medina; the Argentine Ambassador to the United Nations, Jorge Arguello; the Governors of the provinces of Entre Rios, Sergio Urribarri, and Santiago del Estero, Gerardo Zamora; the Consul General a.i. of Argentina in New York, Ricardo Larriera; and the Deputy Consul General Adriana Trotta.