The World Cup will be a party!, by Fernando Kleiman 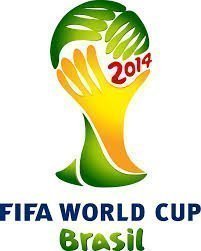 It happened today. I bought my flags and pennants at one of those party shops. We are less than a month away from the World Cup in Brazil and the public cheerfulness is happening but it has been a little slow to start.

The protests and demonstrations of recent times (a year, to be precise) so far have gotten the attention. It has been less present in the concrete public agenda than it is in Brazilian minds. Historical injustices and deep contradictions were “rediscovered”, unmasked, in a way that the social body does not know how to deal with. It is an explicit reediting of the idea of “vanguard of lateness”.

Certainly Brazil has many problems and even with the last decades´ advances we are still in a position miles away from where we want to be as a nation. There is still a lot to do for a change in our historically rooted socio-political-cultural problems. But there is also another truth: even being organized by an entity like FIFA; even being just a commercial circus; and even with all the economic barriers for people to participate, this World Cup is a unique moment for the country.

Needless to say that to participate in the World Cup one doesn’t have to be directly in it. I was in Germany during the 2006 World Cup and have not been to any other. I can say that my memories of that time that I “participated” in a World Cup are much like those of other World Cups. The TV replays, repeated incessantly after the matches, are remembered much more easily than the glimpses seen live in person. The discussions with friends, the hugs after goals, do not depend on being at the stadium. The Cup is for the whole world.

But at the same time, after all is said and done, it was the place where it happened. It should be like that before and during the games. It will certainly be like this afterward. When I was at Germany´s World Cup the atmosphere was not much more excited than Brazil nowadays. The bars were crowded on match days, hordes of fans from different nationalities walked side by side toward the Stadiums. On regular days, the streets hadn’t much more than a few flags hanging. Some might say that “Brazil is different! It is a cheerful country”. Maybe we’re maturing.

For the good and the bad, the national mood of demonstrations will be remembered only as a footnote to the competition as well as for some unfinished work. What will live on in people’s memories is who were the goal scorers, which were the most controversial moments and most of all who which country got the cup itself. The collective memory is also selective. It filters what is considered relevant in each moment and it will also occur to this great moment in the world of sport regardless of street demonstrations.

Football is an art form. Even if one can criticize the dominant commercial aspect, goals, dribbles and defenses are paintings that touch our hearts. It may not make any sense but when the ball hits the net we are transported to the pitch. We feel as if we are a part of the embrace of those heroes on the field. It’s a contagious emotion. As art, it plays with other senses far beyond our pockets or the material situation of the stadium. This is so true that even in local clay fields we can cry the same way we do at a championship final. With the best of the world playing here, it will be even more awesome!

Not being part of this celebration, thinking that it will influence the October elections, turning most relevant issues of the present as a bet on the future can be a valid option. It won´t be mine. I believe that it is possible to live with our opportunities and problems in balance. The World Cup will be a party and I will make it the greatest joy of my life. It is almost a dream that it is going to happen here in Brazil! And I will not tell future generations that I did not make the best of it because the ‘mood’ wasn’t so good at the time. We are not living under a dictatorship. In a completely democratic time, Brazil will receive hundreds of thousands of citizens from many other nations that will come here to party as well. Whoever doesn’t want to may not participate. But the party will happen and I won´t be in the group that missed it.

My flags are hung and will keep on cheering for my country inside and outside of the fields. I have no inferiority complexes, this is my country. It is a contradictory place with its delays, extreme self-criticism, very little pride in itself, but still making great things happen. And I’m sure that when the World Cup ends, we’ll be proud of what we’ve done. It will be a great party not only for Brazilians but for the whole world.