Thinking Inside Out: How cities can contribute to solving global problems 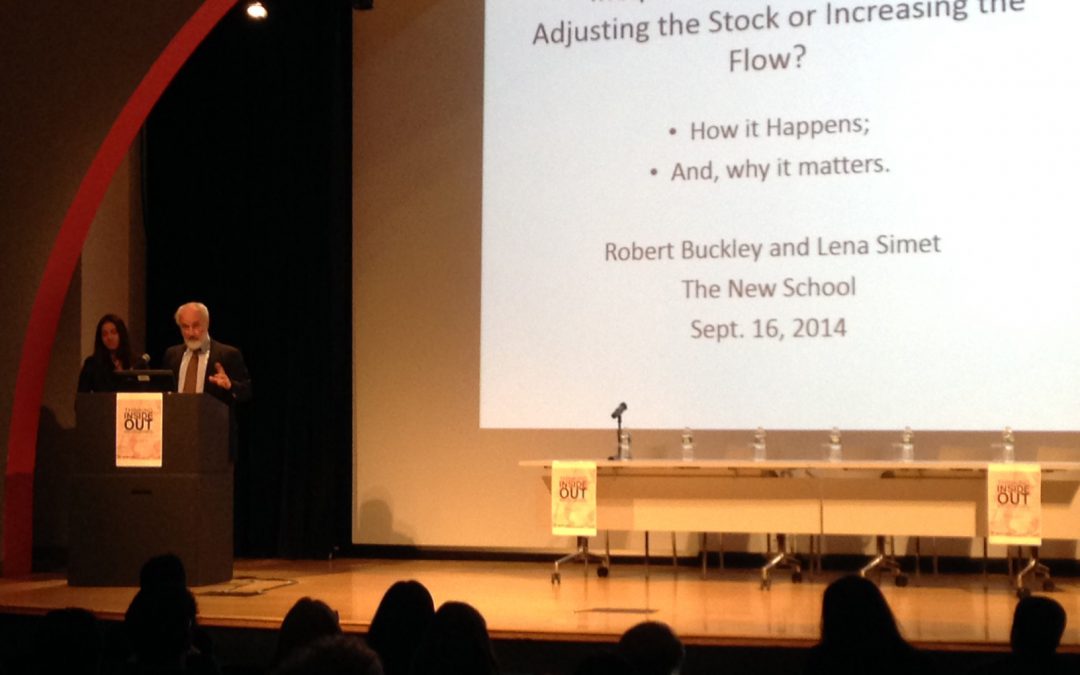 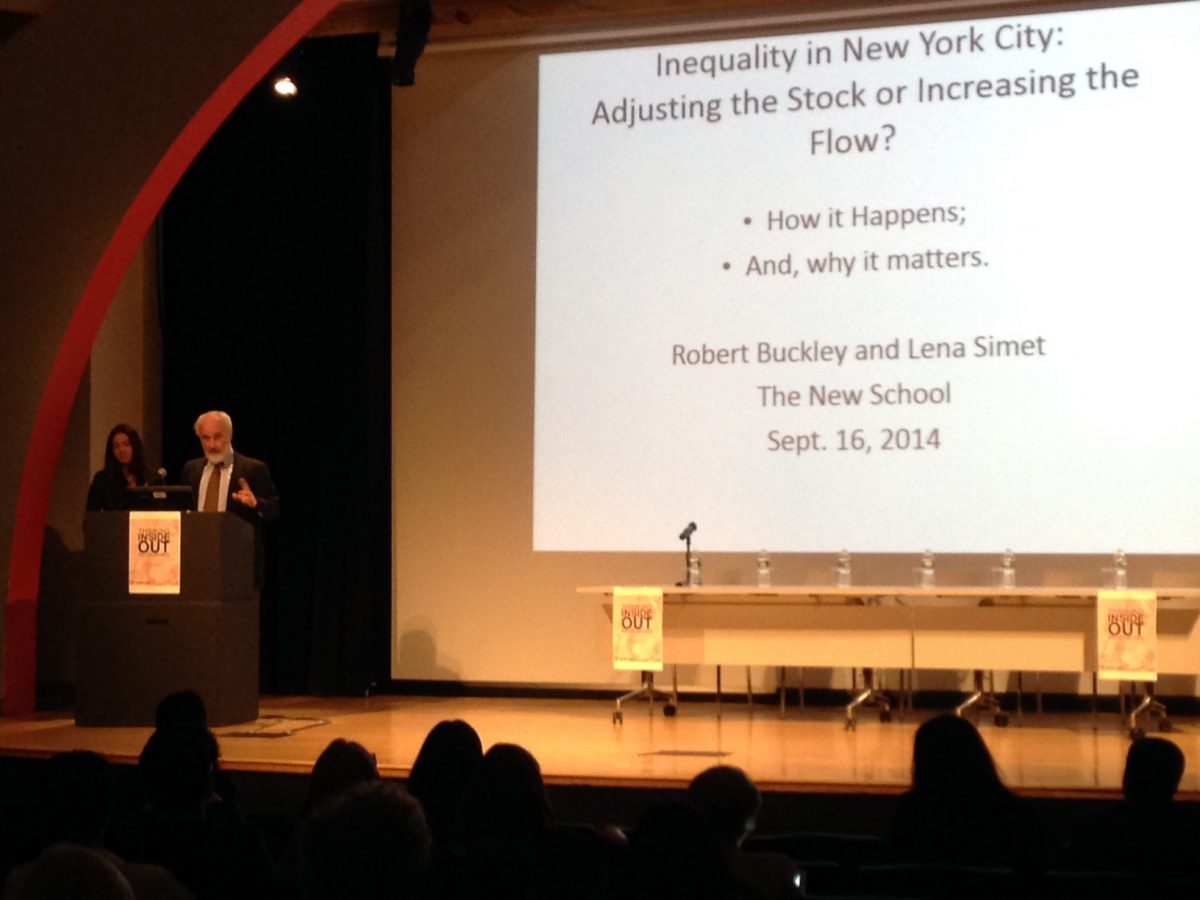 As a contribution to building and deepening the conversations leading towards United Nations Conference on Housing and Sustainable Urban Development (Habitat III) to take place in 2016, this event gathered leading academics and practitioners from a wide spectrum of areas of expertise and regions of the world. The purpose of the event was to shift the inward-looking focus on role of the cities and their problems to the urban as the source of solutions to solve global problems.

In a truly interdisciplinary fashion, this event challenged conventional wisdom and suggested that cities have been largely ignored in global economic and climate discussion. Speakers affirmed that cities are the sites of growth, radical change, and civic action. Cities are the locus of many impacts of global problems, but they also can be leading global actors.

The idea of “thinking inside-out” sprung from the intention to bridge gaps between climate change and urban planning literature (specifically in the Fifth Assessment of the Inter-Governmental Panel on Climate Change). Among the most interesting lessons from this approach is the awareness that a window of opportunity has opened in the next two decades in places where emissions from urbanization growth are not yet locked in, that is in the cities of the Global South.

The concept of “co-location” -a particularly resourceful strategy- was discussed as having a powerful potential for mitigation: co-location of residential and workspaces, increased density, increased connectivity and accessibility through increased street density, and mixed land-use zoning should be increasingly promoted as means to reduce emissions. The physical, material aspect of the actual construction of cities was also stressed, for if new urban growth is built with the same materials and processes used now, the emissions and energy use from accommodating new urbanization will outperform current energy savings.

New York City was also discussed in the event, extending the argument of French economist Thomas Piketty that inequality is not leveling off as suggested earlier by the work of Simon Kuznets and the “Kuznets curve”. Piketty was applied to the urban realm, and the consequences were shown of adjusting the stock or increasing the flow to overcome current constrains of the housing market. In New York, the stock is depleted, homelessness has dramatically increased -from individuals to whole families, hidden homelessness –those left outside of the system- and incomes remain stagnant. Inequality has increased rapidly. Nonetheless, the city’s population increases, mostly sustained by continued international immigration.

It was provocatively suggested to consider reconfiguring the city’s land use, and start redirecting subsidies to the poor and not as currently targeting higher income brackets. This urgency was portrayed in rather stark terms: “If the New York City Housing Authority’s housing units were a city, it would be more populous than Boston or Seattle”, suggesting that “tenants of public housing stand in a rat-infested half a million-dollar property”.

“Thinking Inside Out” also pushed the audience to think of a future that is already different, and has already arrived: “This is the 21st century. It is not the 20th century of high income countries”. It was argued that growth must be dematerialized and decarbonized, because only then built-in injustices and high emissions will be prevented. Innovative philanthropy-driven funds, land-based finance, and supportive systems of cities were a few of the initiatives discussed.

At the conclusion, the audience was invited to consider cities’ contributions along the following lines: if the world is to accommodate two billion more people, then first, the economic pie must get bigger (we need to have more if we want to better provide); second, productivity must increase (we need to do better if we are to improve); and third, the configuration of the pie in terms of income distribution, urban form, infrastructure planning, and governance must also change. The rebalancing of the shares of the pie seems to be inevitable. There were also important warnings as the planetary process of Habitat III approaches: shrinking support or overconfidence in public policy and an overly narrow perspective on cities that overlooks the rural-urban continuum, among others.

If Habitat I supported government intervention and self help, and Habitat II did not pay attention to climate change, Habitat III should be centered on national urban policies as well as strengthening local governments. This full agenda justifies an active engagement of academics and practitioners with many perspectives and disciplines.