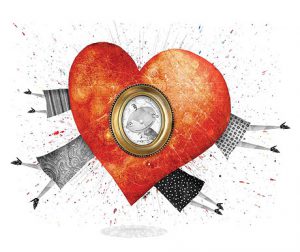 Upon the 30th anniversary of the Association of the Grandmothers of Plaza de Mayo, representatives of the organization visited The New School in New York for a photographic exhibition which reviewed these years of tireless work, April 11th 2008. Present at the exhibition were the President of the Association, Estela de Carlotto, the Vice President, Rosa Rosinblit, and a grandchild, Leonardo Fossati, who, through the work of the Grandmothers recovered this identity in 2005. The exhibition was introduced by the Argentine Consul in New York, Alejandro Bertolo.

The exhibition, “Memoria Gráfica de Plaza de Mayo Grandmothers – 30 years,” includes informational posters explaining the work of Grandmothers since its inception in 1977, the organization’s achievements, the identification of recovered grandchildren, and their permanent campaign for full respect for human rights and the right to identity, as well as their remaining challenges.