The OLA along with The New School has been fortunate to take part in and honor the work of the Association of the Abuelas de Plaza de Mayo. Through the University the Grandmothers have been awarded honorary degrees in light of their important struggle. The OLA has arranged for meetings between the leaders of the Association and students, so that the history and stories of the Grandmothers will be passed on to new generations and further disseminated throughout the world. The OLA looks forward to developing this relationship with the Grandmothers for future events focusing on their work in particular and human rights challenges in general throughout Latin America. 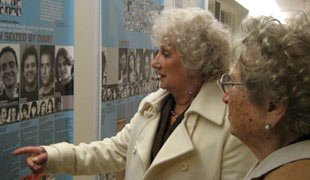 Photographic exhibition at The New School

Upon the 30th anniversary of the Association of the Grandmothers of Plaza de Mayo, representatives of the organization with grandchildren visited The New School for a photographic exhibition. 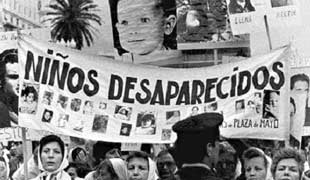 Their struggle is recognized all over the world.

In different occasions Abuelas de Plaza de Mayo visited the New School. Students and the public in general give them a warm welcome to hear about their experiences within their recognized struggle. 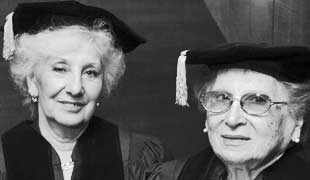 Estela Carlotto and Rosa Rosinblit at The New School.

In recognition of their long struggle, and history, The New School awarded the Association of Grandmothers of Plaza de Mayo with the “University in Exile Award.” 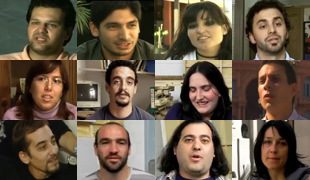 More than 100 grandchildren have been found.

Thanks to the hard and tireless work of the Grandmothers, over 100 children (who are now between 31 and 36 years old) have recovered their true identities.