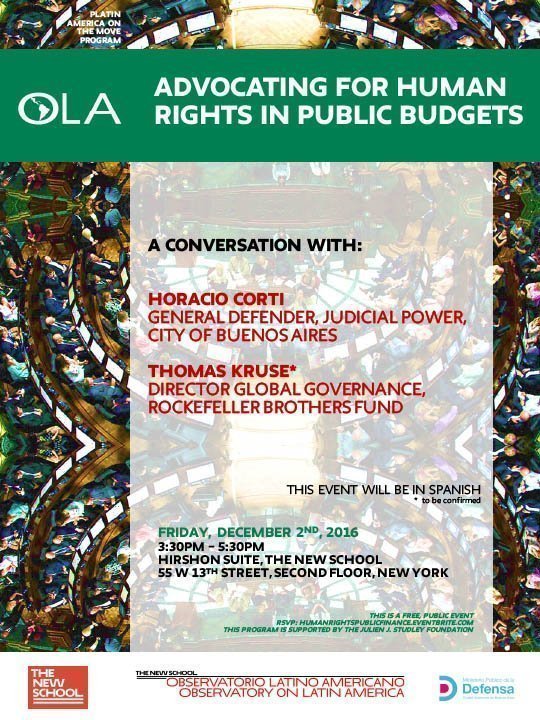 The Observatory on Latin America (OLA) of the New School is pleased to invite you to:

Public finance is one of the most fundamental elements for the rule of law. A focus on the budget challenges the traditional singular emphasis on taxes. This talk explains the relationship between fundamental rights, public structures and action, and budgetary decisions.

Horacio Guillermo Corti is the current General Defender of the City of Buenos Aires, Argentina. He served as Judge at the Chamber of Appeals in Administrative and Tax Litigation as well as President of the Judicial Council in Buenos Aires. He has also been professor of Public Finance, Tax Law, and French-Argentine Law in Argentina and in France. Corti holds a PhD in Law from Buenos Aires University and is author of a number of books including his latest title on Budgetary Constitutional Law.

This event will be in Spanish.

No simultaneous translation will be available
Admission is free, but seating is limited. Reservations are required
RSVP by Thursday, December 1st at humanrightspublicfinance.eventbrite.com